VP Mike Pence is Coming to Eau Claire Thursday. Here’s What You Need to Know.

he's probably not the last candidate coming to the Valley before Nov. 3 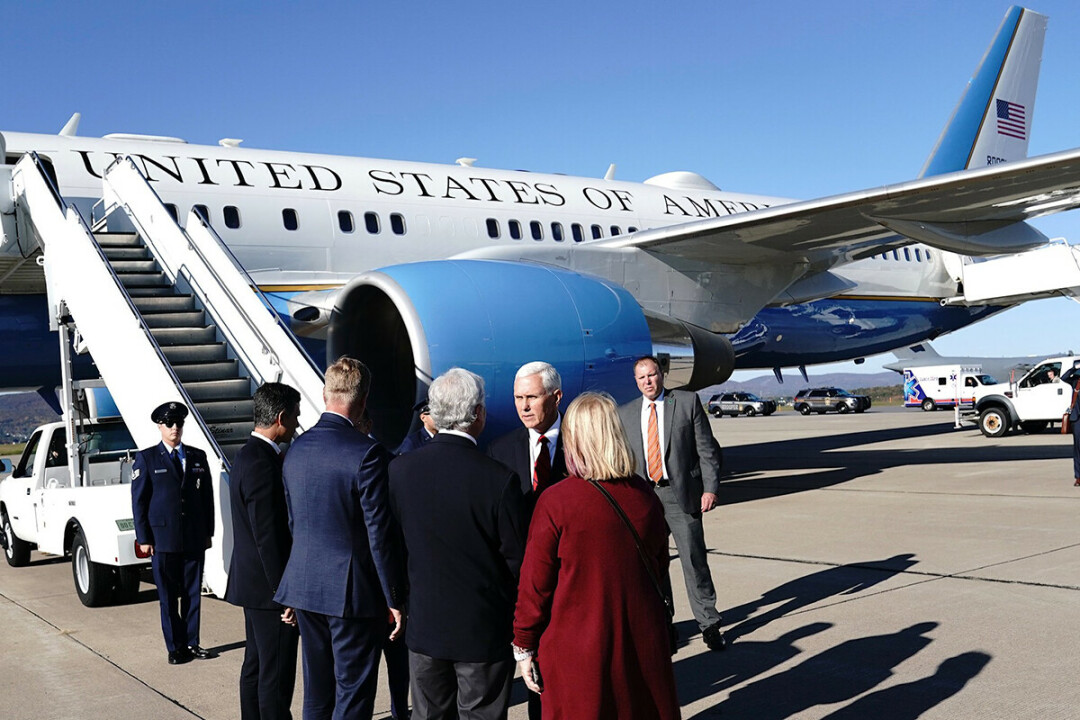 Earning Wisconsin’s 10 electoral votes will be critical to whoever wins the White House this fall, which explains why the state has seen – and will continue to see – high-profile candidate visits.

It also explains why Vice President Mike Pence is in the Chippewa Valley today – and why, despite the impact the pandemic has had on political campaigning, it wouldn’t be surprising if he’s not the last high-profile politico to make his or her way here before Tuesday, Nov. 3. Here are some basics on his visit:

WHO: Republican Vice President Mike Pence, who is seeking a second term alongside President Donald Trump.

WHAT & WHERE: “Made in America” campaign event at Midwest Manufacturing, Kane Road, Eau Claire.

WHEN: According to media reports, Pence is scheduled to speak at Midwest Manufacturing at 11:50am.

TOUCHDOWN: While the campaign event is closed to the public, Air Force Two is expected to land at the Chippewa Valley Regional Airport at 10:50am. Local Republicans are planning on lining Eddy Lane near the airport to show support for Pence and Trump. If the past is any indication, Trump opponents will likely be there, too.

TUNE IN: WQOW-TV will carry a live stream of Pence’s appearance.

WHAT’S NEXT: Jill Biden, wife of Democratic presidential nominee (and former vice president) Joe Biden, is slated to appear in Wisconsin next Monday, but details haven’t been released. Considering both Trump and Biden have visited Wisconsin during the past week, we’ll probably see more of them, their running mates, or their campaign surrogates over the coming 40 days.