Is One of These Eau Claire Originals the Coolest Thing Made in Wisconsin? 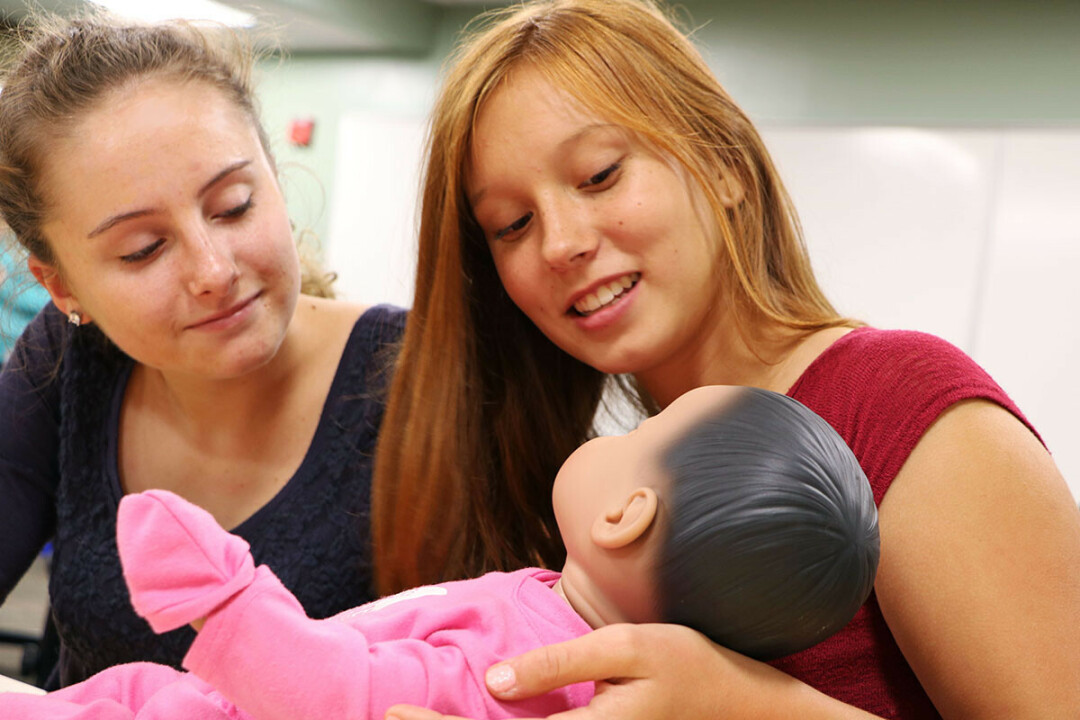 IT WON'T BE SO CUTE AT 3 O'CLOCK IN THE MORNING. The RealCare Baby infant simulator, made by Eau Claire's Realityworks. (Submitted photo)

The unique learning products made by Eau Claire-based Realityworks are undoubtedly cool, but are any of them the Coolest Thing Made in Wisconsin? That’s what an online contest will determine over the next few weeks.

Two Realityworks products – one you may have heard of, the other you likely haven’t – are among the nominees in the contest’s first round of voting, which began Monday, Sept.14, and end Friday, Sept. 20. (Click here to learn more and vote.)

The product you probably have heard of – if you’ve either lived in the Chippewa Valley for a while or have taken a middle or high school health class over the past 25 years – is the RealCare Baby infant simulator. Originally known as Baby Think It Over, the RealCare Baby looks like a doll but is actually a sophisticated, computerized tool that teaches users (whether they’re kids or adults) the responsibilities of caring for a baby, including feeding, burping, dressing, and (naturally) changing diapers.

Since it was invented 25 years ago by company founders Rick and Mary Jurmain, the infant simulator has been used by 10 million people through more than 32,000 educational and social service organizations around the world, the company says.

Since it was invented 25 years ago by company founders Rick and Mary Jurmain, the infant simulator has been used by 10 million people through more than 32,000 educational and social service organizations around the world, the company says.

The other nominee from Realityworks is aimed at more of a niche market and has a rather different purpose: Instead of convincing young people to think twice before having a baby, the Bovine Breeder artificial insemination simulator is designed to teach how to make sure a cow does have one. The Bovine Breeder is an anatomically accurate model of the hindquarters of a cow. As the marketing materials state, it’s “a unique learning aid that teaches correct cervix manipulation, AI gun positioning, and pregnancy palpation. It allows students to see inside the reproductive tract to identify reproductive system landmarks.” Basically, if you’re learning about artificial insemination, the Bovine Breeder is a pretty cool learning tool. 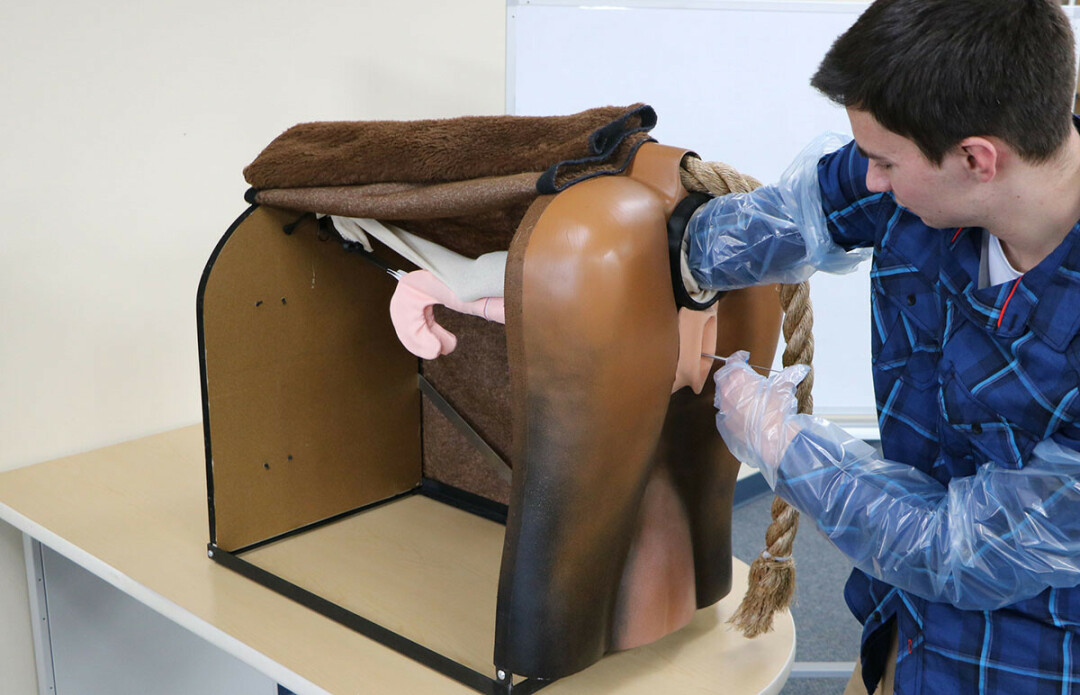 THE NAME SUMS IT UP. The Bovine Breeder, another Realityworks product. (Submitted photo)

While the RealCare Baby and the Bovine Breeder may seem to have very opposite purposes, they’re actually similar, the company points out: They’re both designed to teach job skills – animal care and infant care – that are in demand. And they’re both engineered, prototyped, assembled, packaged, and shipped from right here in Eau Claire.

So what are these two products up against? There are nearly 150 nominees competing in the fifth annual Coolest Thing Made in Wisconsin contest, which is sponsored by Wisconsin Manufacturers & Commerce and Johnson Bank. Nominees come from all around Wisconsin, and range from foam Cheeseheads from Sheboygan to medical ventilators from Mount Pleasant.

Unsurprisingly, a number of this year’s nominees are products inspired by the pandemic: They include a clear vinyl volleyball net barrier meant to stop germs from spreading between teams (made in Sheboygan), classroom desk barriers (made in Madison), and the FaithShield, a pew-mounted plexiglass barrier (made in New Berlin).

The roster also includes several other products with ties to the Chippewa Valley, including custom-fit trailer hitches made by Curt Manufacturing of Eau Claire, Fiberglass Landscape Walls by E.C. Manufacturing of Eau Claire, a retail display for Evan Williams bourbon made by Great Northern Corporation in Chippewa Falls, a Cray supercomputer made in Chippewa Falls, gouda cheese from Marieke Gouda in Thorp, horseradish sauce from Silver Spring Foods in Eau Claire, and even the new Frederick Douglass Memorial Bridge in Washington, D.C., whose enormous arches were made by Veritas Steel in Eau Claire.

The final four will be unveiled on Oct. 5, a final round will run Oct. 6 to 14, and the ultimate winner will be revealed Oct. 14.

And that winner is anyone’s guess: Previous champions have included a Harley-Davidson engine, a sea salt caramel pecan kringle, and an all-weather rifle.

Learn more about the Coolest Thing Made in Wisconsin Contest here.