More than 75 years after he died during the opening salvo of America's involvement in World War II, the remains of an Eau Claire man have been officially identified. 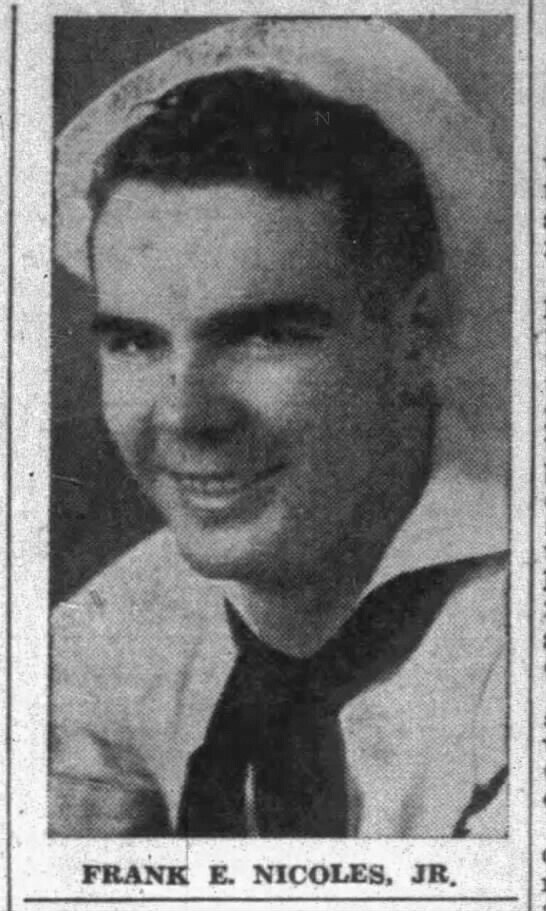 The Defense POW/MIA Accounting Agency announced Aug. 27 that the remains of Navy Fireman 1st Class Frank E. Nicoles, 24, had been ID’d after being exhumed from a military cemetery in Hawaii.

Nicoles was one of 429 crewmen who died Dec. 7, 1941, aboard the battleship USS Oklahoma when it was sunk in Pearl Harbor in a Japanese attack.

According to a press release, scientists used dental, anthropological, and DNA analysis to ID the remains. Nicoles’ family hasn’t decided on a funeral date or location, the military said.

Nicoles is one of the namesakes of Eau Claire’s American Legion Post 53, officially known as Johnson-Nicoles-Kuhlman-Olson Post 53.

Nicoles’s brother, 18-year-old John C. Nicoles, was also aboard the Oklahoma, but he survived the attack and went on to serve elsewhere in the Pacific Theater.

Here are some additional details from a Defense POW/MIA Accounting Agency press release:

From December 1941 to June 1944, Navy personnel recovered the remains of the deceased crew, which were subsequently interred in the Halawa and Nu’uanu Cemeteries.

In September 1947, tasked with recovering and identifying fallen U.S. personnel in the Pacific Theater, members of the American Graves Registration Service (AGRS) disinterred the remains of U.S. casualties from the two cemeteries and transferred them to the Central Identification Laboratory at Schofield Barracks. The laboratory staff was only able to confirm the identifications of 35 men from the USS Oklahoma at that time. The AGRS subsequently buried the unidentified remains in 46 plots at the National Memorial Cemetery of the Pacific, known as the Punchbowl, in Honolulu. In October 1949, a military board classified those who could not be identified as non-recoverable, including Nicoles.

Between June and November 2015, DPAA personnel exhumed the USS Oklahoma Unknowns from the Punchbowl for analysis.