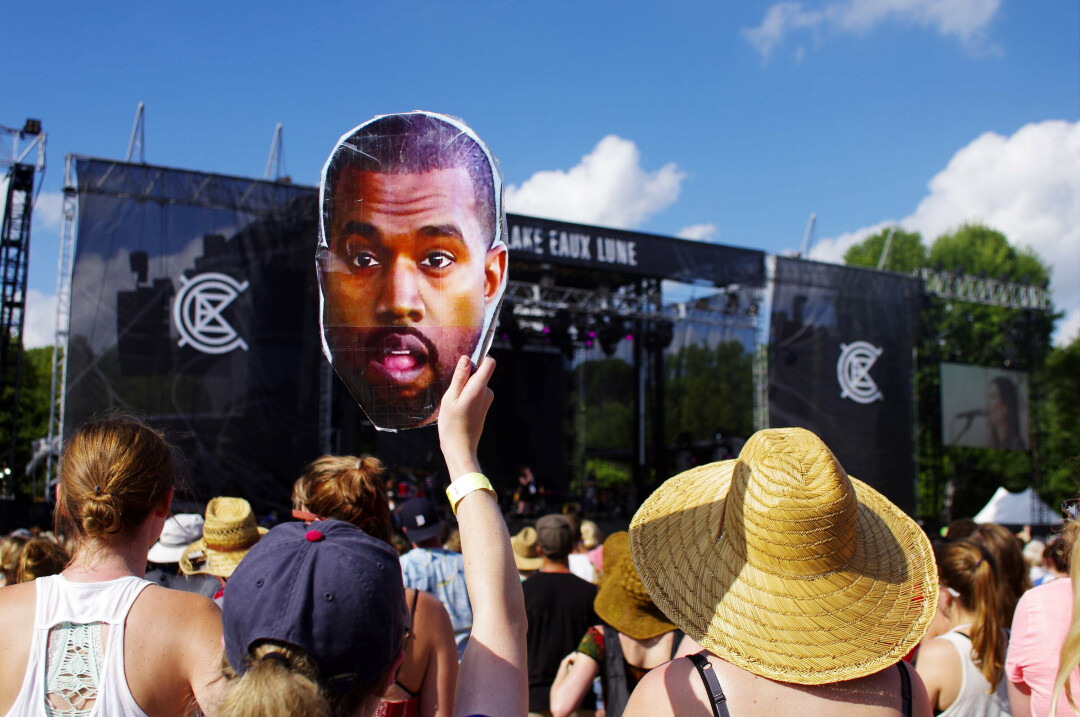 There were always rumors that megastar Kanye West would pop up at the Eaux Claires Music & Arts Festival, which was co-founded by his sometime musical collaborator Justin Vernon. While that never came to pass, it seems that the mercurial megastar could appear in Wisconsin in another form soon: As a presidential candidate on the November ballot.

Multiple media outlets, including Vice News, are reporting that a political firm hired by West worked to gather the 2,000 signatures necessary to get the rapper on the ballot in the Badger State. While paperwork was turned in by the 5pm Tuesday deadline, “it could be several days before officials confirm that West has enough valid signatures to appear on the ballot as an independent candidate representing the Birthday Party,” a state elections spokesman told the Milwaukee Journal Sentinel.

“Wisconsin is just the latest state where West is trying to get on the ballot,” New York Magazine reported online Monday. “He is also mounting an effort in the swing state of Ohio, as well as in states like Arkansas and West Virginia, in the coming days.”

Kanye launched his bid via a Twitter post on July 4, and on July 20 grabbed the headlines with a campaign rally in South Carolina where – clad in a bullet-proof vest – where he ranted about Harriet Tubman (criticizing the legendary abolitionist) and abortion.

Journal Sentinel investigative reporter Daniel Bice wrote that “Many believe a West candidacy would siphon away votes from former Vice President Joe Biden, who has clinched the Democratic presidential nomination and will face President Donald Trump in November.” In an article posted Wednesday morning, Bice noted that West’s signatures were dropped off at the state Elections Commission by Lane Ruhland, a former attorney for the Republican Party of Wisconsin who has also done work for the Trump campaign. A video shared by a reporter for Milwaukee’s WISN-TV showed a woman identified as Ruhland hustling to get to the Elections Commission office just after the 5pm deadline. (Cue Late Registration jokes.)

“No comment” as woman enters election commission building just after 5p in Madison to drop off signatures for Kanye West pic.twitter.com/zVxePn5Fe2

The paperwork included the names of 10 electors who would vote for West in the Electoral College in the event he won the state’s popular vote on Nov. 3. Bice of the Journal Sentinel wrote that “According to their social media accounts, several of the electors are very big Trump supporters or second- or third-tier Republican activists.”