Children’s Museum to Close Indefinitely in Face of Mounting Losses 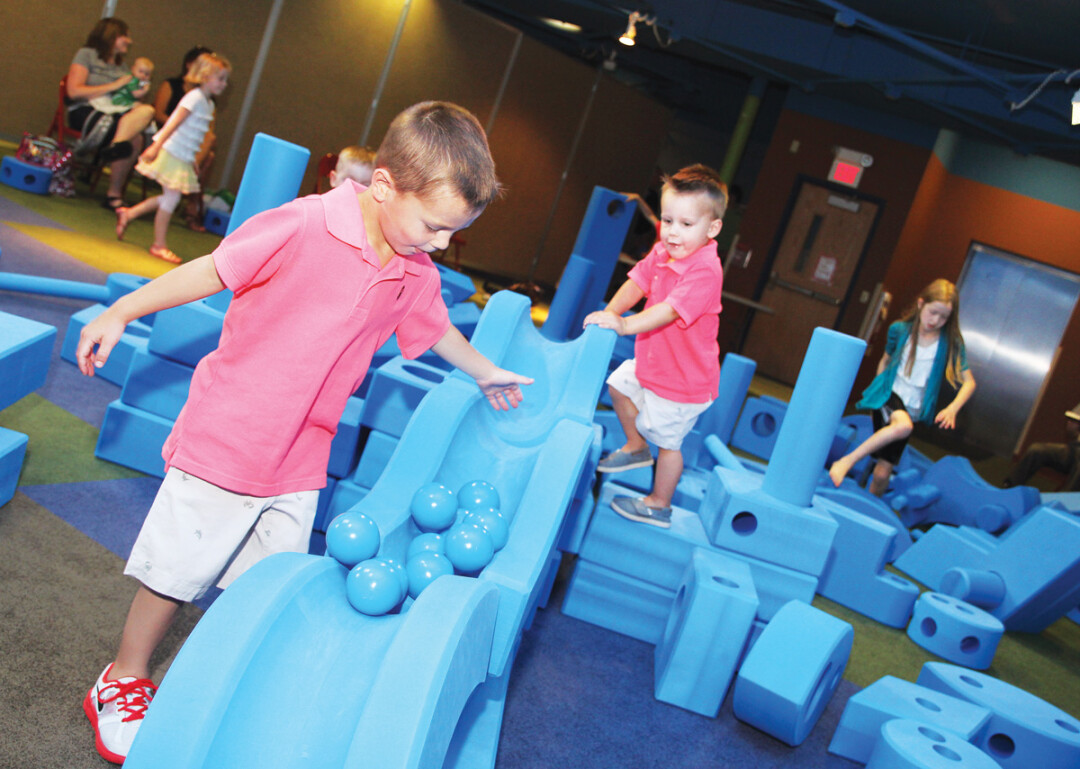 Less than a month after reopening with strict anti-coronavirus limitations in place, the Children’s Museum of Eau Claire announced Tuesday that it will close indefinitely effective Saturday. Aug. 1.

Since reopening on July 6, the museum has posted an average daily income loss of $1,272, Executive Director Michael McHorney said in a press release. Continued losses like this would mean the museum would run out of cash by mid-January, the press release stated.

“We knew when the decision was made to reopen, that it was done so we could get back to serving the community through play and not going to be for financial benefit,” McHorney said. “However, we didn’t think it’d be like this.”

The children’s museum, 220 S. Barstow St., originally closed effective March 16 during the first wave of COVID-19 related shutdowns. After pivoting to a variety of remote programming – from “busy boxes” sent through the mail to online videos – the museum reopened July 6 with a variety of precautions in place, included timed entry for families and reduced capacity.

McHorney said that, by closing now, the museum hopes to have enough resources to be able to operate this winter “at a time when children and grownups may need us more than they do now.” The nonprofit will reduce its operating expenses by 62%, and hopes to retain five salaried employees.

EAU CLAIRE, WIS – It is with heavy hearts that we must announce that the Children’s Museum of Eau Claire will close to the public, once again, at 3:00 p.m. on Saturday, August 1st.

Michael McHorney, CMEC’s executive director, is disappointed in the museum having to close. “We knew when the decision was made to reopen, that it was done so we could get back to serving the community through play and not going to be for financial benefit. However, we didn’t think it’d be like this.”

During July 2020, CMEC is averaging daily income losses of $1,272. At this pace, CMEC would run out of cash to operate around the middle of January 2021. CMEC had hoped to operate at approximately 50% of earned revenue compared to 2019 but, for the month of July it has been at only 14% compared to last year.

“By making this strategic move immediately, we hope to enter the beginning of 2021 with enough cash on hand to operate at a time when children and grownups may need us more than they do now,” McHorney said.

CMEC plans to reduce operating expenses by 62% to stay afloat. It is hoping to retain five salaried employees through participating in the state of Wisconsin Department of Workforce Development’s Work Share program. If not approved, CMEC’s board of directors may have to determine additional reductions. CMEC started 2020 with 14 employees.

“CMEC’s employees are selfless and through this pandemic their selflessness has been on full display. All employees changed their day to day roles from what they were to primarily cleaning and disinfecting the museum this last month to allow children to play and be safe.”

McHorney further stated, “when salaried employees were asked, not one of them felt the museum should remain open given its financial difficulties. And, without being asked, every single one of them offered up their position first, if it came to that, instead of one of their colleagues’ having to lose their position.”

CMEC’s focus is to be good stewards of the assets entrusted to us by the community
and encourage play in a different way while the building is closed. By the end of August, information will be provided to patrons with annual memberships on how their membership will be structured moving forward.

CMEC will be here to serve the community when it is a better environment for social play rather than social distancing. We encourage our community to continue to follow the lead of the City/County Health Department and to wear masks whenever in public to help control the spread of the virus.