some super short updates on the Chippewa Valley music scene 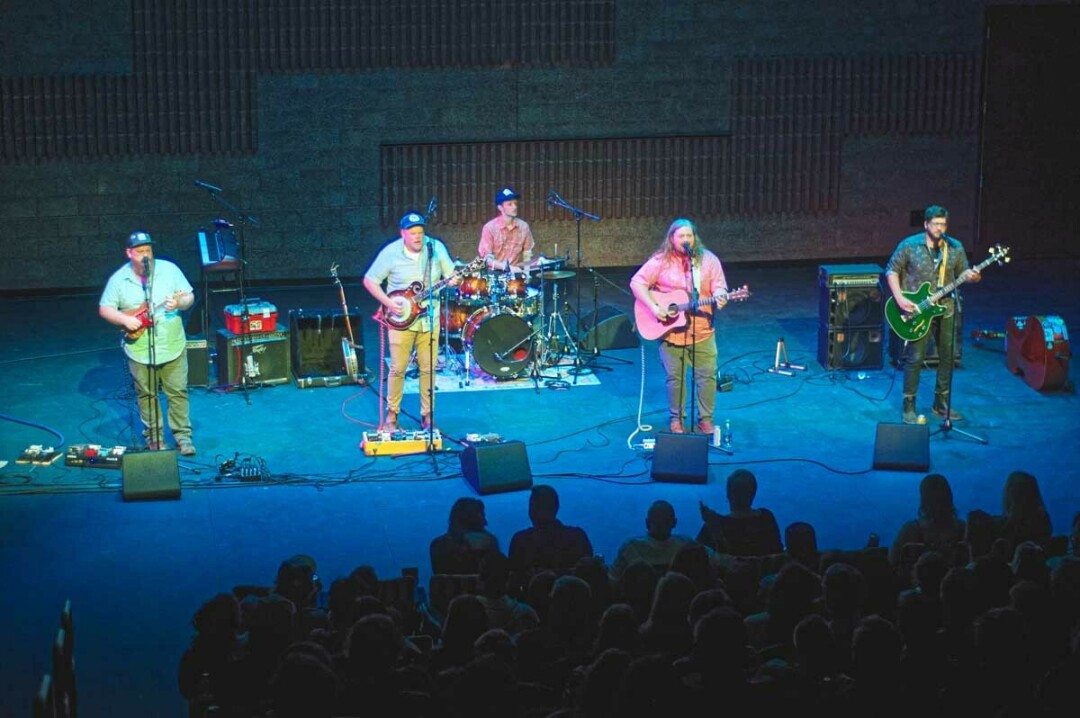 Though the music scene might look a little different than this photo from the Volume One files, Them Coulee Boys are still making cool jams, like "Idiot" – their new single.

Them Coulee Boys are back with a new single called “Idiot,” taken from the sessions recording their latest full-length Die Happy at Pachyderm Studios in Minnesota. The band worked with producer Dave Simonett from the band Trampled By Turtles on the album which came out in August 2019. According to the band, the new track is “a song about the stupid things we repeatedly do, and how to fix it.” You can check out the song on Spotify, or wherever you stream music!

Davey J’s Garage has been a staple in the Eau Claire scene for intimate concerts and film screenings, and now the venue is making some moves in light of the COVID-19 pandemic. First off, starting August 1, Davey J’s Garage is moving to a new location, and secondly they’re introducing Road Trip Acoustics, which is an off-shoot of the space where they’ll sell used, new, vintage, and unique acoustic guitars. And they’re affordable too! Most of the guitars will run about $125-350. Expect plenty more from Davey J’s Garage as it remodels and transitions. “Of course, we’re all about premium sound and sight lines, and you will find the new location and experience to be da bomb,” the website reads. To learn more, go to daveyjsgarage.com.

Get the scoop on Scoop, a new Eau Claire band headed up by Noah Reedy that just released their first EP called The Other Side. The band’s got a horn-heavy soul-pop sound reminiscent of Stevie Wonder and The Jackson 5, and the EP was recorded locally in the tight space at Journeyman recording studio. To check it out, listen on Spotify, Apple Music, or find Scoop on Instagram.

Of course Country Fest in cancelled this summer in light of the pandemic, but last week they announced their full lineup for 2021’s fest out in Cadott. Headliners include Dierks Bentley, Thomas Rhett, and Kane Brown (all three had been scheduled to headline this summer) as well as Dustin Lynch, Lauren Alaina, and The Oak Ridge Boys. There’s also a kickoff party on June 23 (exclusive to three-day ticket holders) with Neal McCoy, The Kentucky Headhunters, Eric Chesser, and Aileeah Colgan. And on Thursday June 24, the Chippewa Valley’s own Bumblefist is featured on the lineup! So for all the crestfallen country fans out there yearning for something to look forward to, here it is. And hey, if you bought tickets to Country Fest 2020, your wristbands will automatically be valid for 2021. To book campsites, cruise through the whole lineup, and get more info, go to countryfest.com.