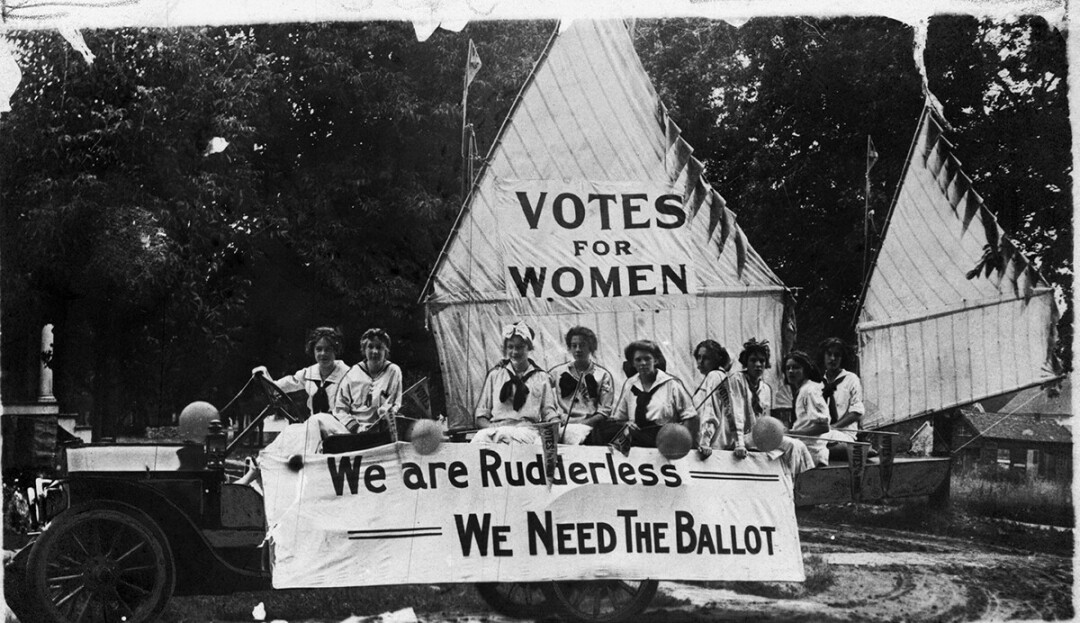 On August 26, 1920, Congress ratified the 19th Amendment, prohibiting governments from denying the right to vote to United States citizens on the basis of sex. In other words, this year marks one century since women were allowed to vote across all 50 states.

The League of Women Voters of the Greater Chippewa Valley is bringing an educational event to the Rassbach Museum in Menomonie on Aug. 4-15, 9am to 5pm daily, to celebrate the centennial of this historic moment. The event is called “We Stand on Their Shoulders: A History of Wisconsin Women and Voting.” It is a traveling display curated by the Wisconsin Historical Society.

It shows quotes, photographs, and a timeline of important events. It covers not only the 19th Amendment, but the 1921 Wisconsin Equal Rights Act, 1924 Indian Citizenship Act, and 1965 Voting Rights Act.

“It’s important because it was hard fought,” said Pat Eggert, a member of the League of Women Voters. “The best way you can celebrate this centennial is by voting.”