Check Out the Cool Concept Plan for Upgrading Boyd Park 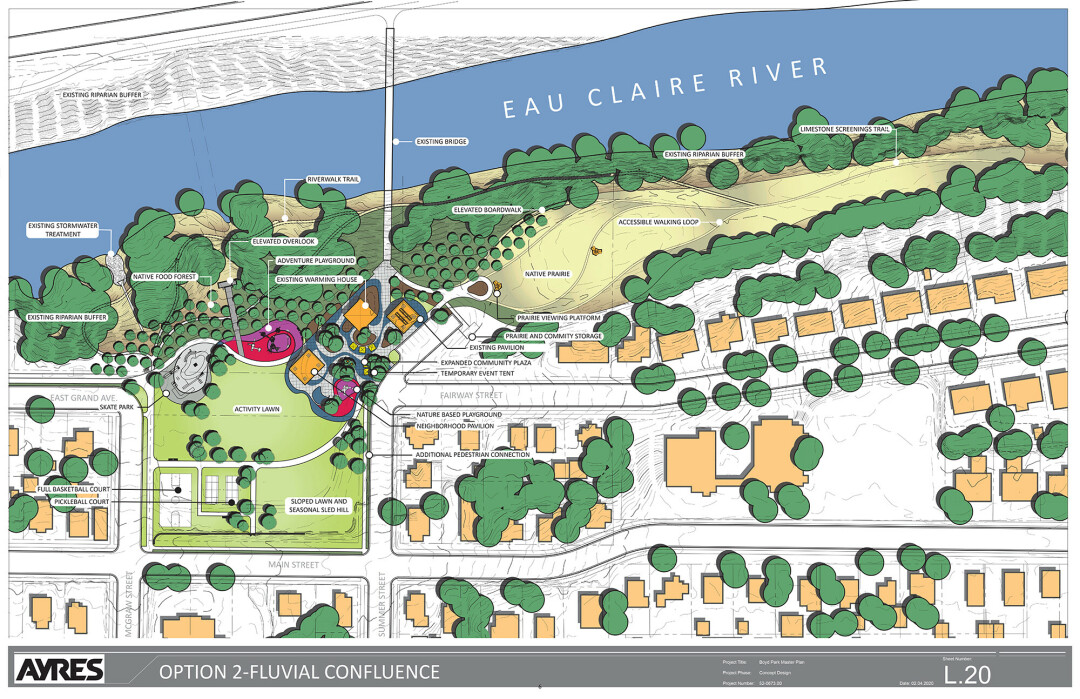 The Eau Claire City Council has approved an ambitious concept plan to upgrade Boyd Park with amenities that would include an adventure playground, a skate park, and even a hammock lounge. Now a neighborhood association must raise the money necessary to make the upgrades.

After a public hearing on Monday, the City Council voted Tuesday to OK a resolution approving the concept plan, which was prepared by Ayres Associates with input from the Eastside Hill Neighborhood Association and the city’s Community Services Department. The plan had already been approved by the city’s Waterways and Parks Commission earlier this summer.

Boyd Park covers about 7 acres on Main Street along the south bank of the Eau Claire River. Among other things, the concept plan includes an overlook elevated above a riverwalk trail; a native food forest; solar shade trees, a large activity lawn next to a skateboard park; basketball and pickleball courts; a nature-based playground; a new neighborhood pavilion; an expanded plaza for community events with space for a temporary event tent; and a sloped lawn that could be used as a seasonal sledding hill.

No cost estimate has been placed on the upgrades.