Larry Heagle is Neither Sane Nor Sorry 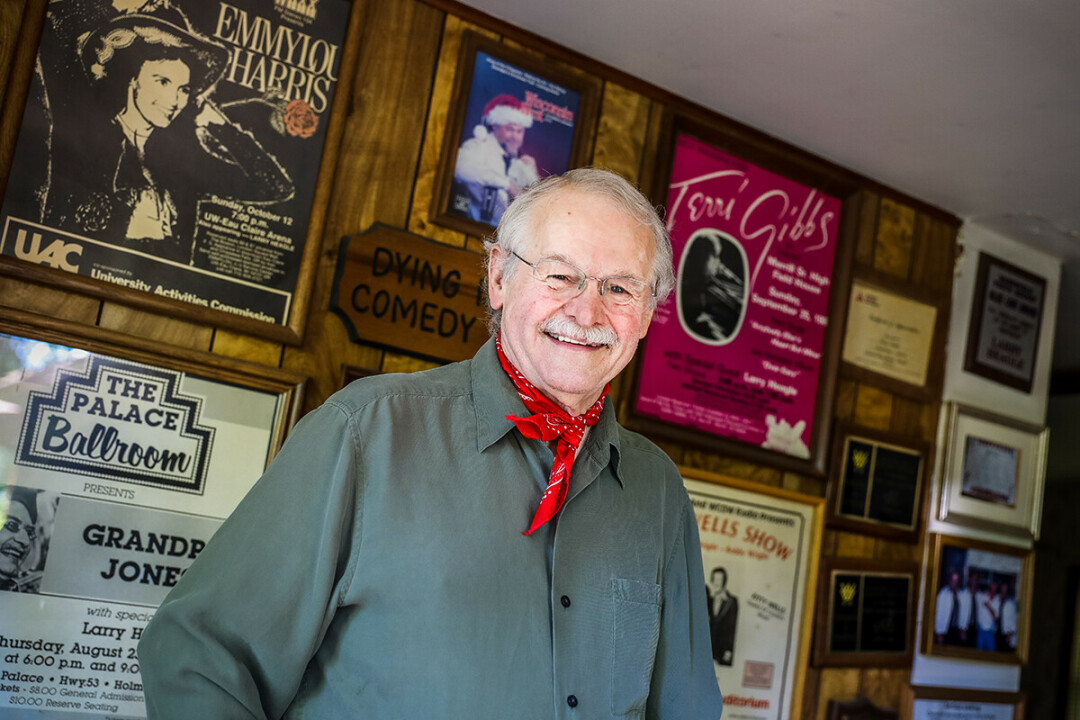 Downsville native Larry Heagle recently released his memoir, Not Really Sane, Not Really Sorry: Tales of an Itinerant Performer. As the back cover proclaims, Heagle journeyed through life “as a songwriter, a nightclub performer, a stand-up comic, a corporate convention after-dinner speaker and as opening act for such greats as Emmylou Harris, Conway Twitty, Johnny Cash, Jay Leno, and Perla Batalla, among others.” In his heart, Heagle has always been a performer, saying his first experience was a solo as a second grader at St. Joseph’s grade school in Menomonie. “It got applause, and I was hooked for life,” he said.

But Heagle did the practical thing and got a teaching degree from UW-Eau Claire. He taught at Menomonie Junior High, North Junior High, and Delong Middle School in Eau Claire, even going back to school to get his master’s degree. However, in 1976 he left all of that behind and pursued performing without looking back.

“There is nothing better than laughter to ease a person’s ‘blues.’ The ultimate compliment is when an audience member tells me, ‘You made me laugh so hard that now my cheeks hurt!’ ” –humorist, musician, and author Larry Heagle

Heagle says his favorite thing about performing is making people forget about the worries and troubles of life for the brief time they are with him. “There is nothing better than laughter to ease a person’s ‘blues,’” he said. “The ultimate compliment is when an audience member tells me, ‘You made me laugh so hard that now my cheeks hurt!’ ”

Throughout his career, Heagle has performed in many venues. “I have done concerts of just my music with an entire band,” he explains. “I have used the comedy novelty songs in convention work and comedy clubs as well as during my monologues.” His CD of bawdy nightclub songs is titled Rude, Crude, and Poor. Heagle has also written a CD of serious songs titled Irish Heart. A twist that locals will enjoy is that “both CDs were recorded by a then-young and yet-to-be-discovered Justin Vernon of Bon Iver,” Heagle says. Two of Heagle’s favorite songs to use during stand up are “The Vasectomy” and “The Woodtick Song.” (Definitely look these up on YouTube for a laugh!)

Before COVID-19 set in, Heagle was performing in senior centers and nursing homes “to give back to the Chippewa Valley for all the years they supported me.” Just this month, he filmed an hour-long outdoor concert through Neighbors of Dunn County. He is also doing safely distanced, mini yard concerts for friends nearly weekly.

Heagle’s book began as a blog. Before taking the blog down, he gathered up the entries and filled in the gaps with stories from more than 30 years of travel.

“Writing a book, I find, can be compared to making a recording,” Heagle said. “It always seems like I could have done it better, but after a while I just throw up my hands and say, ‘Enough!’ ” 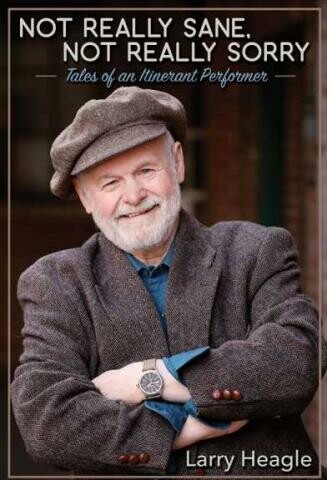 To order Not Really Sane, Not Really Sorry: Tales of an Itinerant Performer, message Larry Heagle on Facebook with your name and mailing address. The book is $14.95, with free shipping and handling if you’re local (Heagle will personally deliver them).