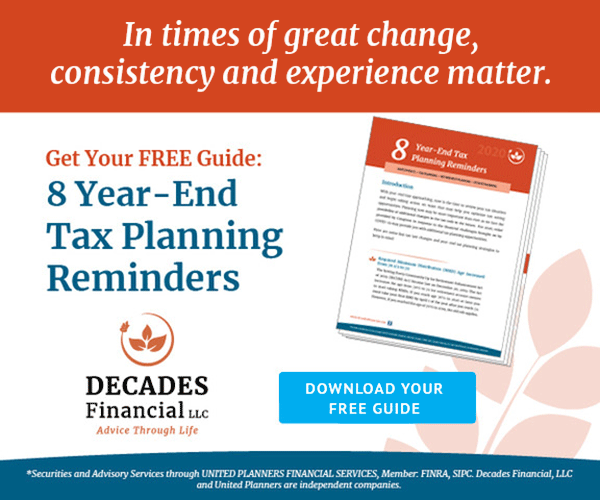 A COLLABORATIVE CASE. Students designed and assembled the displays for 23 artifacts, including this set of military figurines, to prepare for the Making Meaning exhibit.

When 24 UW-Eau Claire students gathered for their first “Museums in America” class last fall, they became part of a growing movement in the field of public history. Dr. Dan Ott, their instructor, jokes that the only reason he could sleep at night was that he outlined the course expectations on day one; the students who stuck around knew they were in for an intense semester.

“If you’re always filtering their voice, do they really have a voice?” – Frank Smoot, Executive Director of the Rassbach Heritage Museum

During the next 14 weeks, the students and professor collaborated with Carrie Ronnander and Frank Smoot, the executive directors of the Chippewa Valley Museum in Eau Claire and the Rassbach Heritage Museum in Menomonie, respectively, to produce a real, live museum exhibit for each location. “Making Meaning,” their finished project, will be on display throughout 2018.

In 2010, Nina Simon, executive director of the Santa Cruz Museum of Art & History, published a book exploring the idea of the “participatory museum.” Expanding on the work of other public historians – people who work to make history accessible to the general population – she defined a participatory cultural institution as “a place where visitors can create, share, and connect with each other around content.”

To lend a name to the concept, she coined the phrase “Museums 2.0.” This new model for institutions of history, art, and science places greater emphasis on inviting the public to participate in the storytelling process. “It’s one of the ways you can make museums relevant, and keep audiences engaged,” Ott said.

When Ott proposed the idea of an immersive class that would give students practical experience in exhibit development and explore the participatory museum model, Ronnander and Smoot jumped on board. The Chippewa Valley Museum had been exploring co-curation through work with interns in 2013 and community historians in 2014. Smoot had done work in community-involved exhibit building in Oregon. Both were excited to do more.

It started with 42 objects and a draft. Smoot and Ronnander each selected 21 artifacts from their respective museum collections. Among these objects were a collection of inches-high military figurines, a several-foot-tall coffee grinder from the Eau Claire Asylum, a beaded breechclout, a police fingerprint scanner from the 1950s ¬– items that had not made the cut for previous installations. Students drew numbers to determine who got the first chance to pick a single item out of the trove. ON THE GRIND. This coffee grinder, from the Eau Claire County Asylum, was featured in the “Hard Work” display in the Museums in America class exhibit, “Making Meaning.”

When Ronnander and Smoot are designing displays, they must choose which items to display with care, always considering whether a certain artifact lends itself effectively to a theme or story. The Chippewa Valley Museum collection contains more than 23,000 objects, of which fewer than 2,000 are on display at a given time.

“When I remove a personal favorite from a list, I just think it will have to go on another list some other time,” Ronnander said.

Several of the items she presented to the class were objects she had previously passed over, but still wanted to display. This is one of the advantages of the Museums 2.0 approach: People who would not normally be able to explore museum collections fully have more access to artifacts as they design specialized exhibits. Items that may otherwise go unseen are given another chance at seeing the dim light of the museum floor.

The draft system left each student with an artifact and a mission: research and write. At mid-semester, they presented their findings to the class. Then it was time to make meaning. Ott instructed the historians to assemble into groups of three or four based on commonalities between their objects in order to design exhibits.

“The key was making sure students had agency in the decision-making process,” Ott said. They were responsible for writing feasibility assessments, drawing plans for the layout, ensuring there were suitable pathways for viewers, and installing the final product. Ott, Ronnander, and Smoot served as the “Clients” for whom the displays were organized, giving feedback and requesting changes.

Rachel Lange, a fourth-year student studying public history, was excited to have the chance to practice what she’s learned in a professional environment. She selected the coffee grinder and worked with two other students to form an installation called “Hard Labor,” which also featured a log stamp and a Gaucho hat. “They were so helpful and patient with us, and they let us make our own creative choices,” she said of the museum directors. “They were really good guiding hands.”

“It’s one thing to talk about the kind of things public historians do or write research papers, but doing a project like this makes it all the more real,” fellow public history student Mackenzie Walters said. She researched a hydrometer that had been used in the beer brewing process during Prohibition. Her group designed a display called “Vice in the Valley.”

Walters is delighted to explore the participatory model, and believes it will improve the experience of museum exploration for guests. “Being able to help them tell their stories connects them to the past and their local museum in a way that they haven’t considered,” she said.

At the end of the term, 23 students completed exhibits to display at both museums. Their research, planning, collaborating, and building was condensed into 50-word paragraphs, plexiglass boxes, and a scant few hundred square feet of floor space that would be viewed by the public. It’s an entirely different experience than your typical college paper with a readership of one, Smoot said.

And it was a helpful experiment for the directors as they move forward in their efforts to make their organizations more participatory, Ronnander and Smoot agree. The combined cost of the finished “Making Meaning” installations for both museums was less than $1,000. Working on a small, relatively risk-free project such as this gave them the chance to develop ways to address concerns associated with implementing a new style of development.  This time the project involved students who may eventually be professional public historians, but next time it might be a group of musicians, local families, or other people outside the field.

Museums aim to tell stories that are fair and true, Smoot said. Public displays are studied intensively, written, and rewritten before opening. This process has, in the past, resulted in disproportionately representing the history of the privileged, Ronnander said. Finding a balance between quality control and diversity of authorship may prove difficult.

“If you’re always filtering their voice, do they really have a voice?” Smoot asked.

The Chippewa Valley and Dunn County museums are exploring ways to ensure that more people do have a voice. Ronnander is working toward the eventual opening of a “living gallery,” which would feature a rotation of community-organized exhibits that explore a range of local topics. Ronnander currently predicts the initial expense of building the gallery will be $50,000 to 75,000. If the funding and plans come through, it may open as early as fall 2019.

Smoot is developing a similar community gallery, in which he hopes to feature all Dunn County communities over time. He intends to invite community organizations from all of the towns within Dunn County to create installations that reflect their history, over time.

“It gives people more of a stake in their museum,” Ronnander said of the Museums 2.0 model. “You can be a part of the life of the museum.”

Ronnander expects “Making Meaning” will draw the college community to the museum, and that in general, participatory exhibits will increase admissions and membership. Smoot expects a similar outcome at the Rassbach Heritage Museum.

“If we involve the people of Dunn County, if they see us as vital, they’ll see us as not only worthy of support but crucial to support,” he said.

“I’m a true believer in a community-involved model,” Smoot added. “If there’s anything about museums that’s close to a religion for me, this is it.”

The opening reception for “Making Meaning” at the Chippewa Valley Museum will be 6-7pm Tuesday, Jan. 30. Eleven students will be available for questions. The sister installation at the Rassbach Heritage Museum, which features the work of 12 more students, will have its reception at 7pm Thursday, Feb. 1.