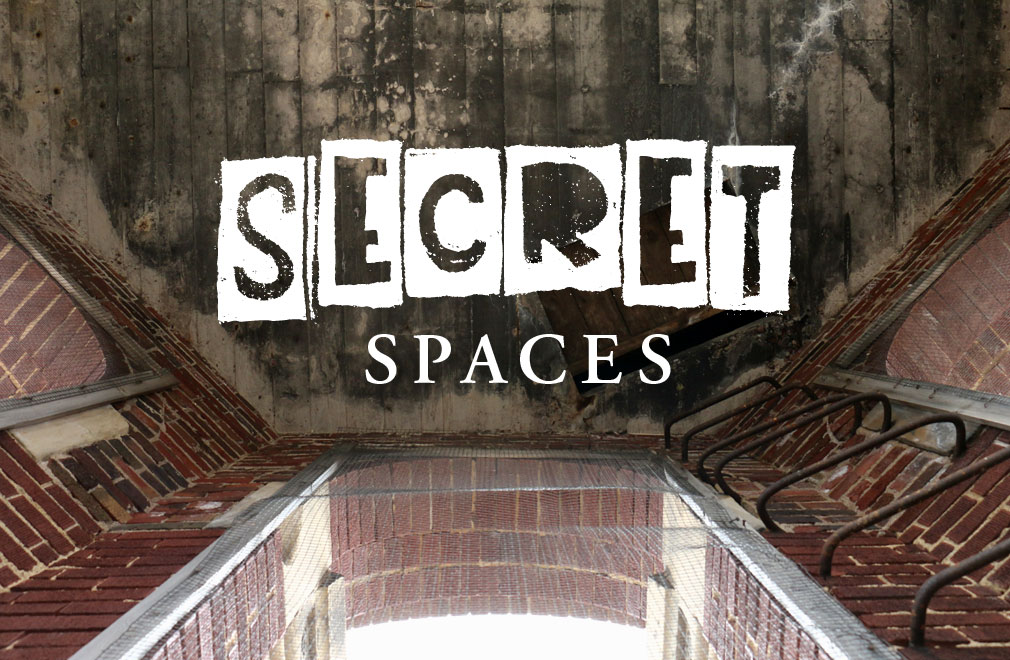 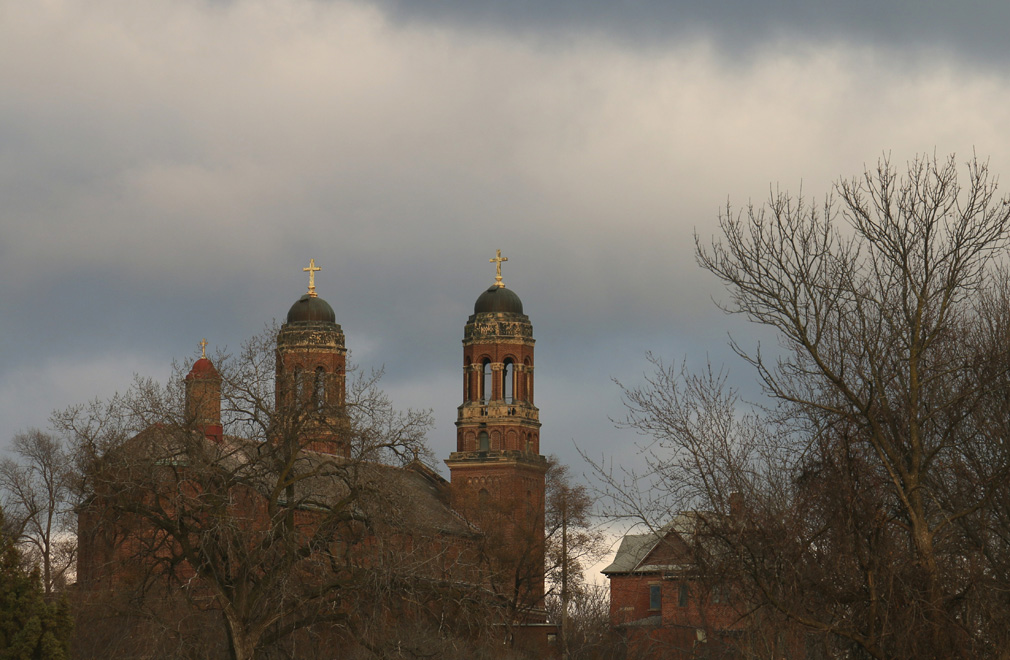 1. The Room in the Steeple
Sacred Heart Church (418 N. Dewey Street)
The Sacred Heart Church we see high on the “North Hill” peering over downtown Eau Claire was built in 1929, replacing the original wooden structure built in 1876. The twin towers each measure 110 feet high – the highest point in the city. While one was built as a bell tower, the other was meant to be an observation loft, and still houses a staircase winding up along the outer wall.

What you see in the photo is only the penultimate level – notice the trap door in the celling leading to the steeple’s dome. 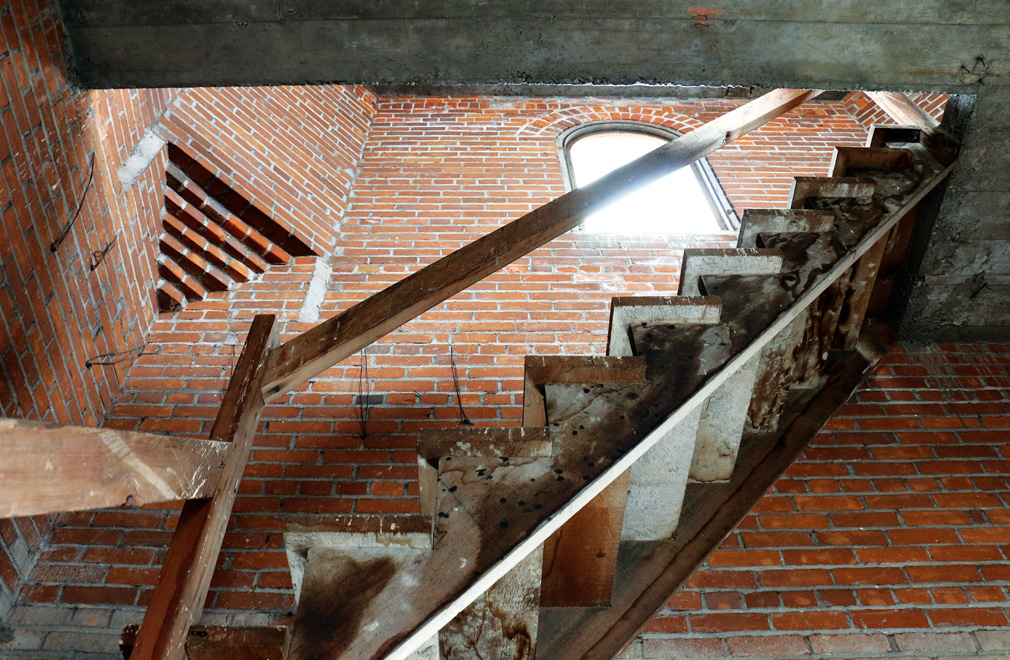 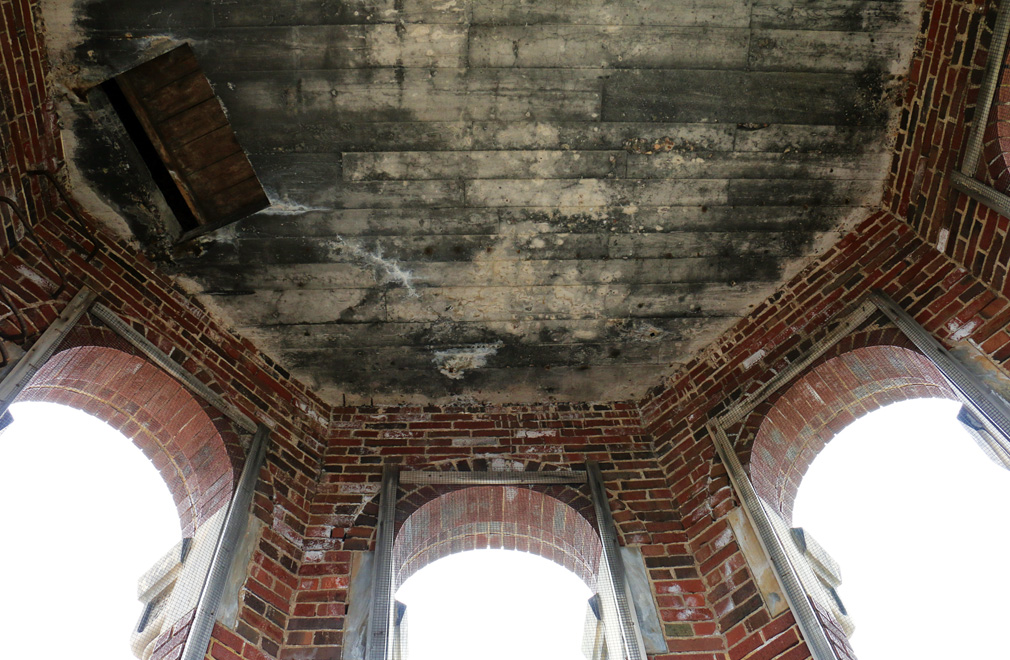 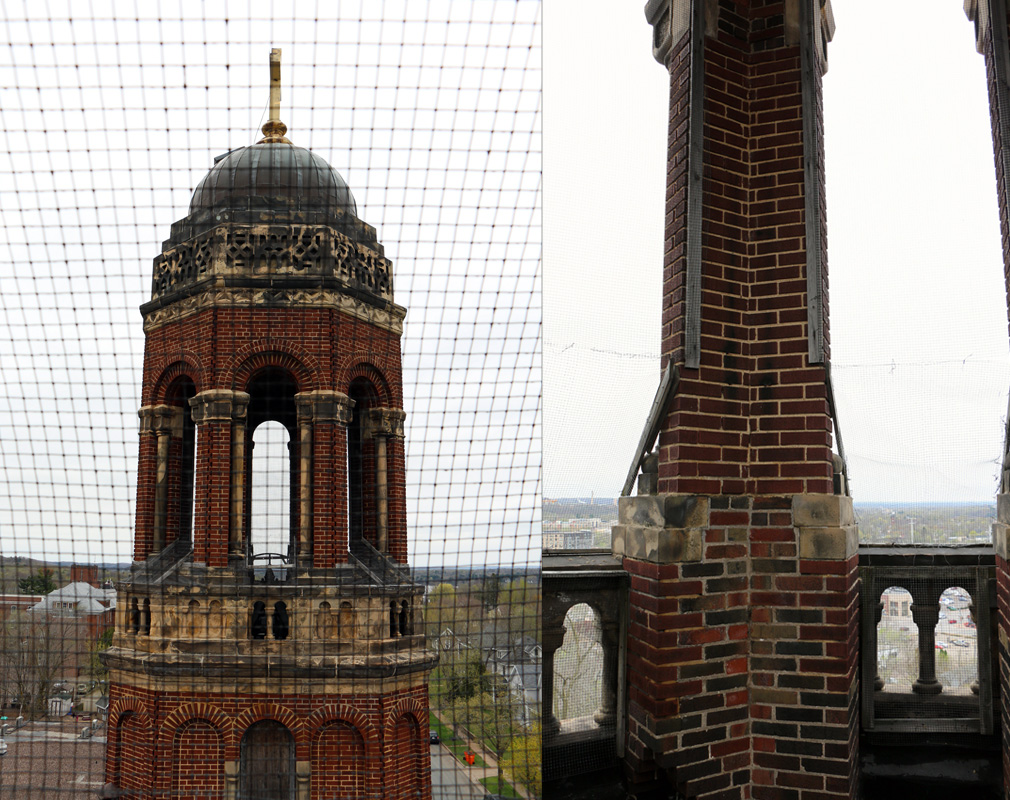 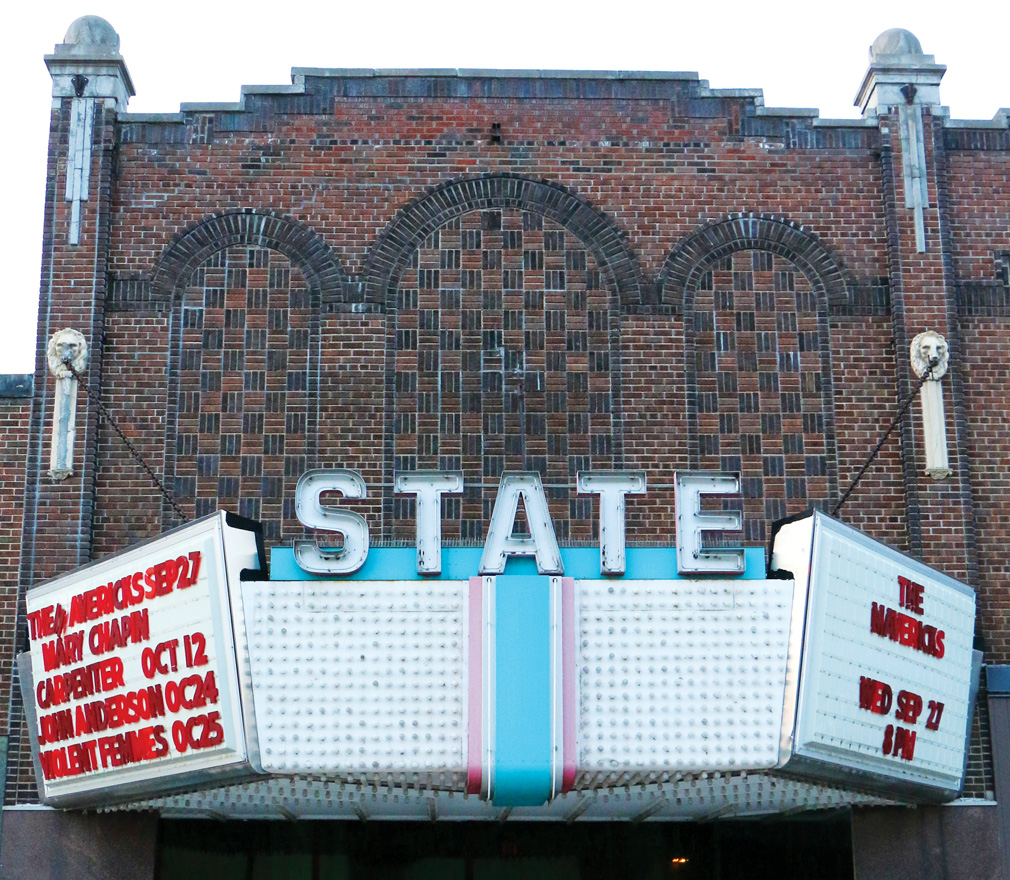 2. The Projector Room
The State Theatre (316 Eau Claire St, Eau Claire)
Opened in January 1926 with a showing of Classified, The State Theatre was originally a movie house. Up high behind the worn seats of the balcony, you’ll find the projector room, where the dusty, hulking Peerless Magnarc projectors sit silently along the wall. The room is fireproof because Hollywood once locked its movie magic inside highly flammable cellulose nitrate film. 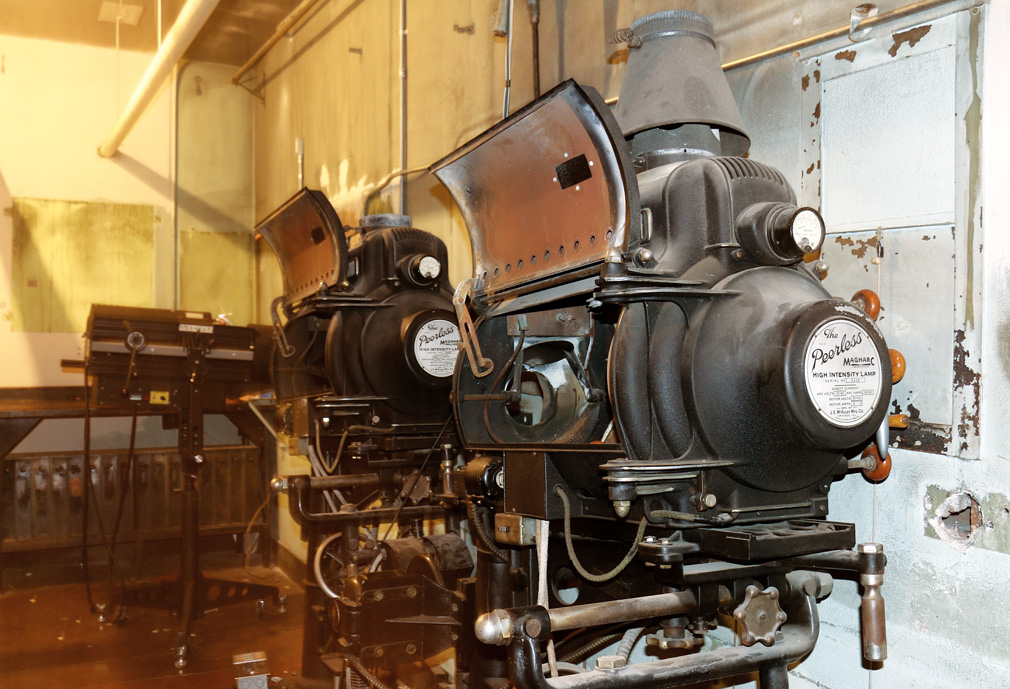 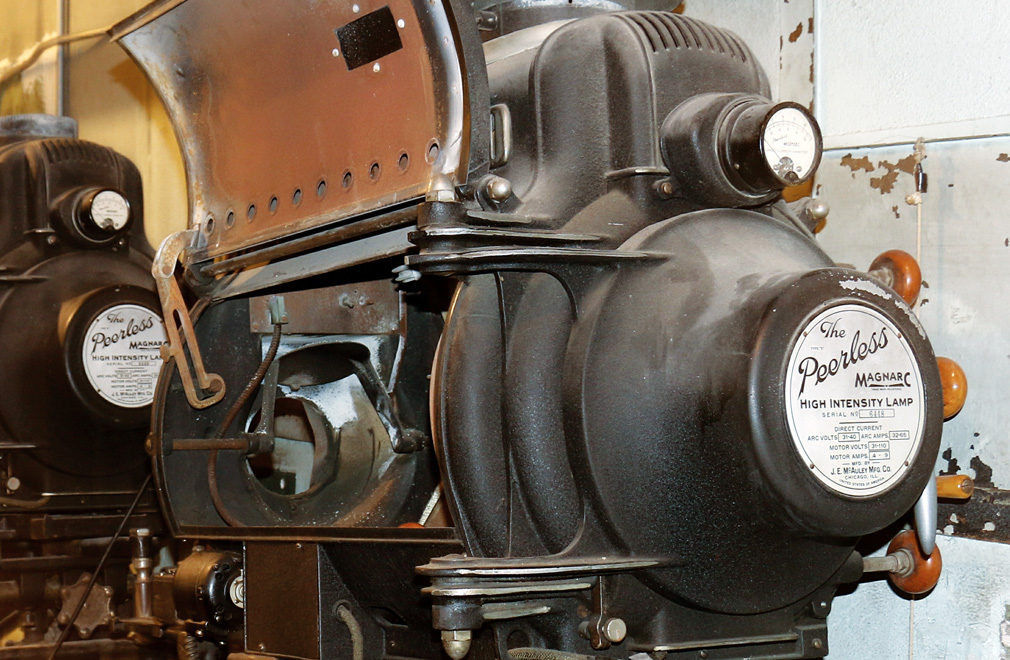 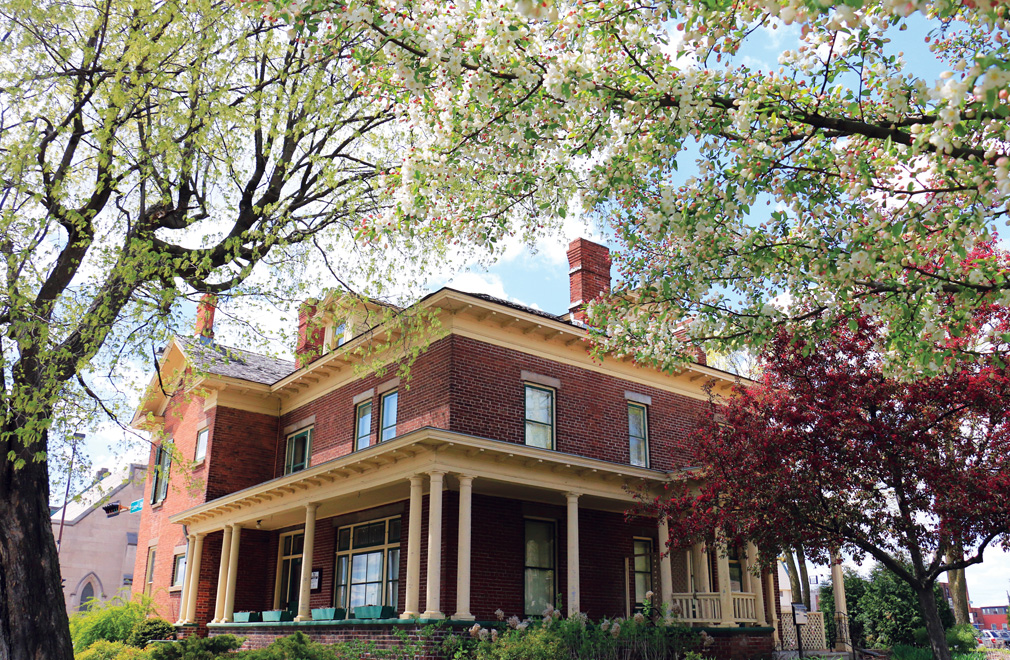 3. The Old Attic
Schlegelmilch House (517 S. Farwell Street)
The oldest existing section of the historic Schlegelmilch House was built in 1871, attached to an older wood frame structure which was torn down in 1905 to make way for the “newer” part we see today. In the heart of the attic, you can still see the oldest section’s outside wall. The attic was used to store pumpkins and squash in the winter, as well as three generations of Schlegelmilch possessions. It also housed the maid’s quarters.

A small room (lower right) at the top of the stairs was built from shipping boxes used by the Schlegelmilch hardware store. 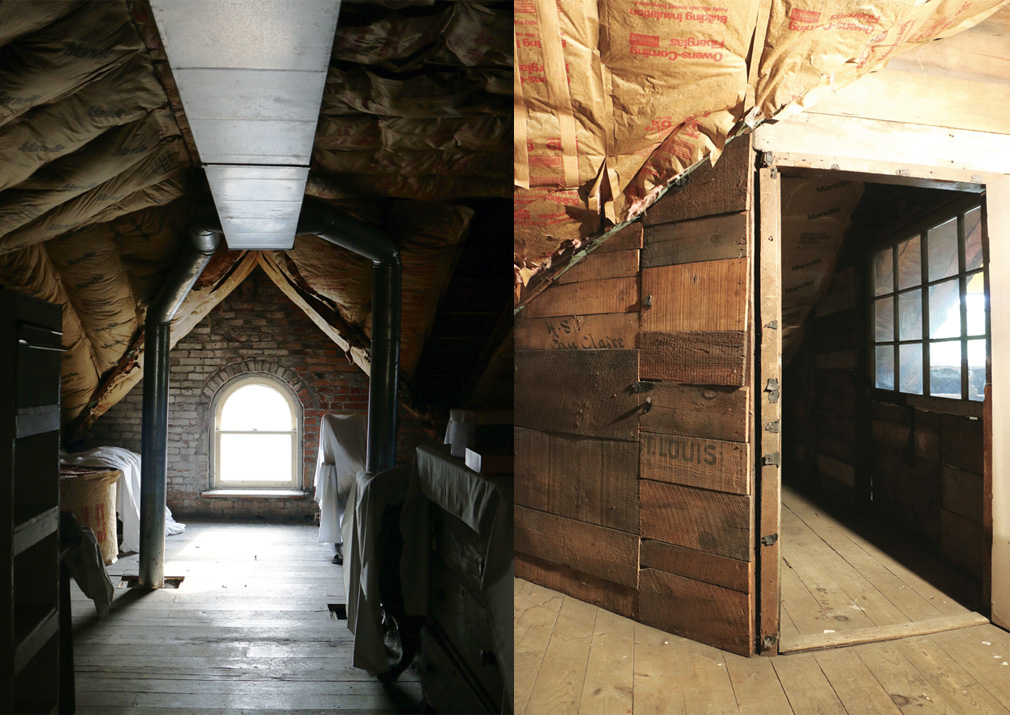 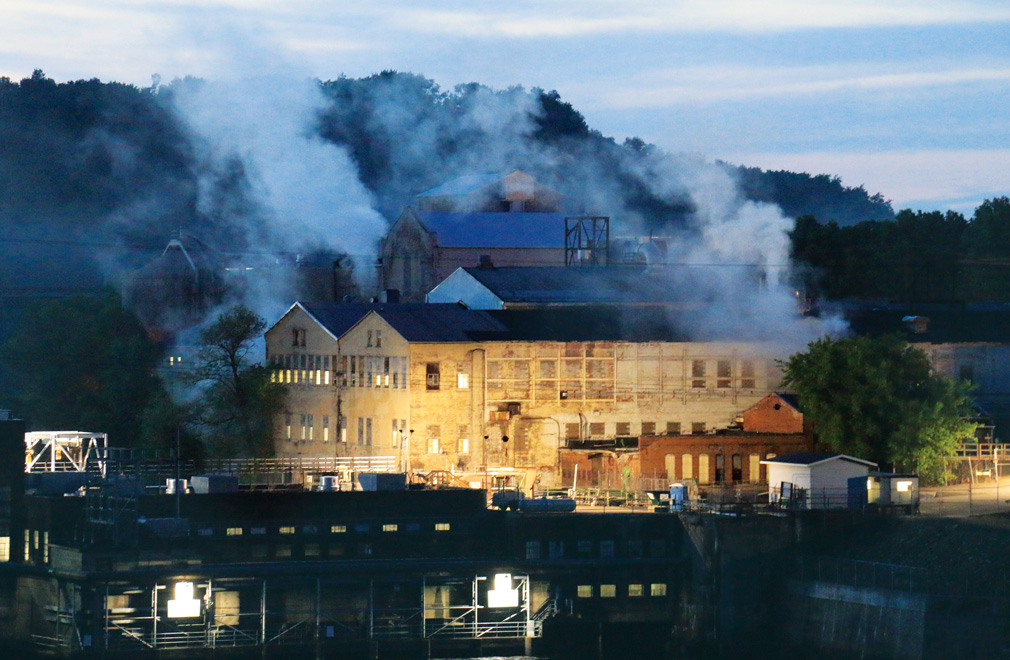 4. The Paper Mill Basement
Cascades Tissue Group (1200 Forest Street)
Looming along the banks of the Chippewa River (before the building carried names like Cascades or Pope & Talbot or Dells or Sterling), the Eau Claire Pulp & Paper Company was built in 1883 by the Ingram family. The basement of the original mill building houses the “No. 5 Paper Machine,” the last remaining machine of the plant’s older era.

The Eau Claire Pulp & Paper Company’s original “No. 1 Paper Machine” could produce 10 tons of product per day. Today, Cascades is able to produce 150 tons per day. 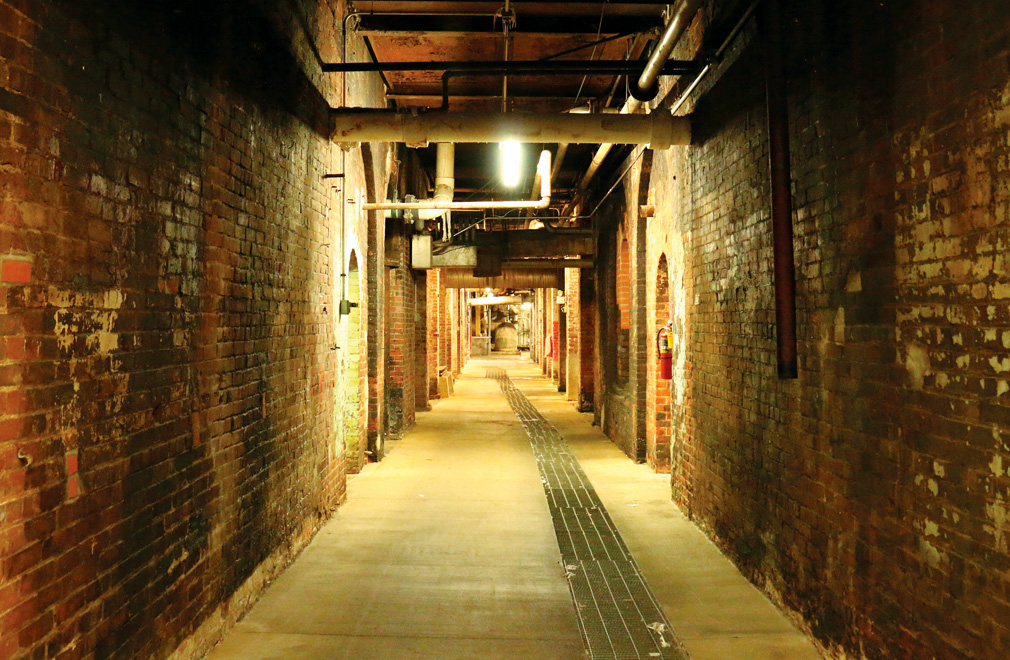 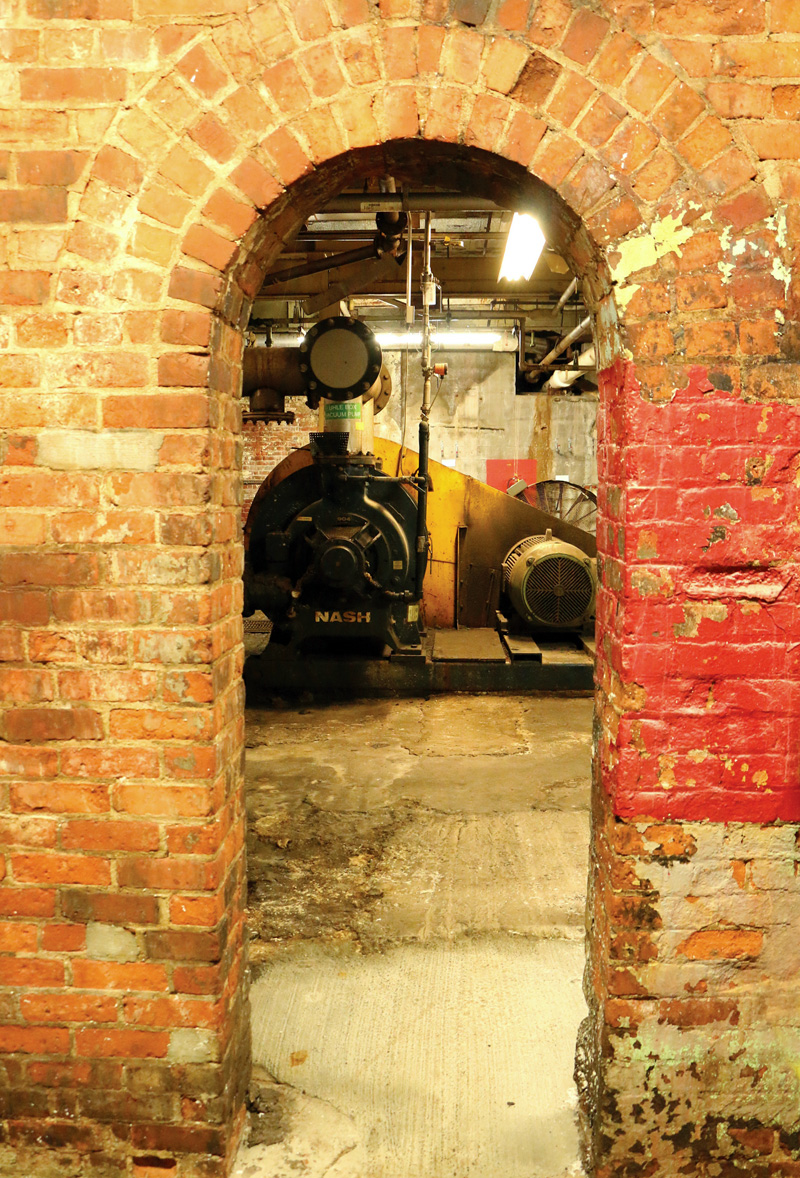 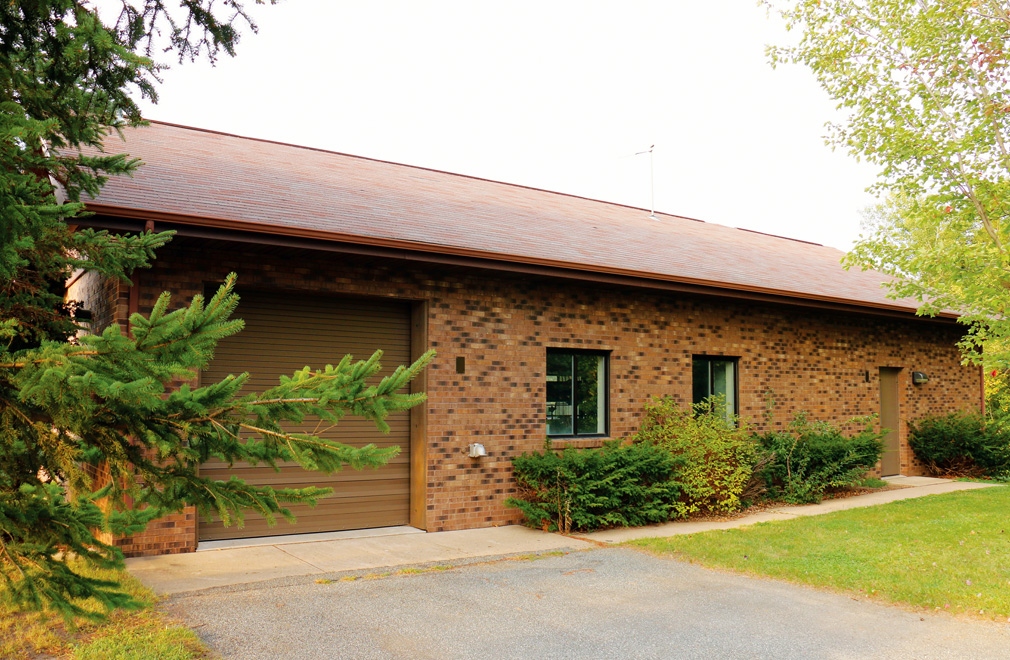 5. The Pretend Houses
City Pump Stations (undisclosed locations)
The City of Eau Claire maintains five pump stations around town disguised as residential homes. These pipe-filled houses move water throughout the city – to million-gallon storage tanks and to your very own faucet. As the best placement for a station is often highly visible, they are built to blend in. The city mows the lawn and trims the hedges, keeping them as normal-looking as possible. The one shown here has been nestled inside its neighborhood since 1978.

Every day the City of Eau Claire pumps about 9.25 million gallons of water. 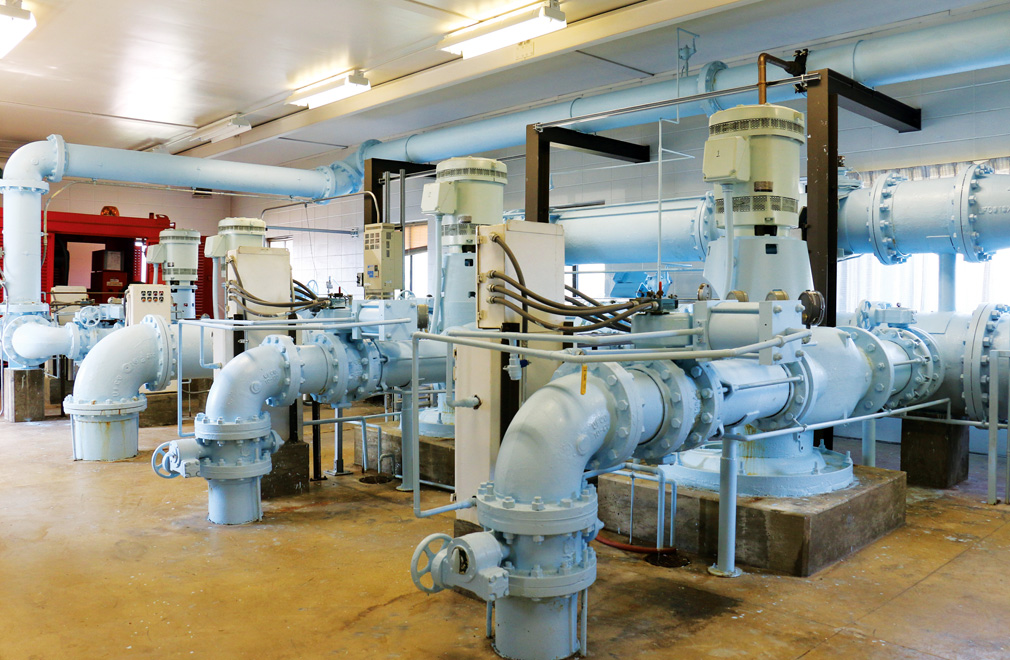 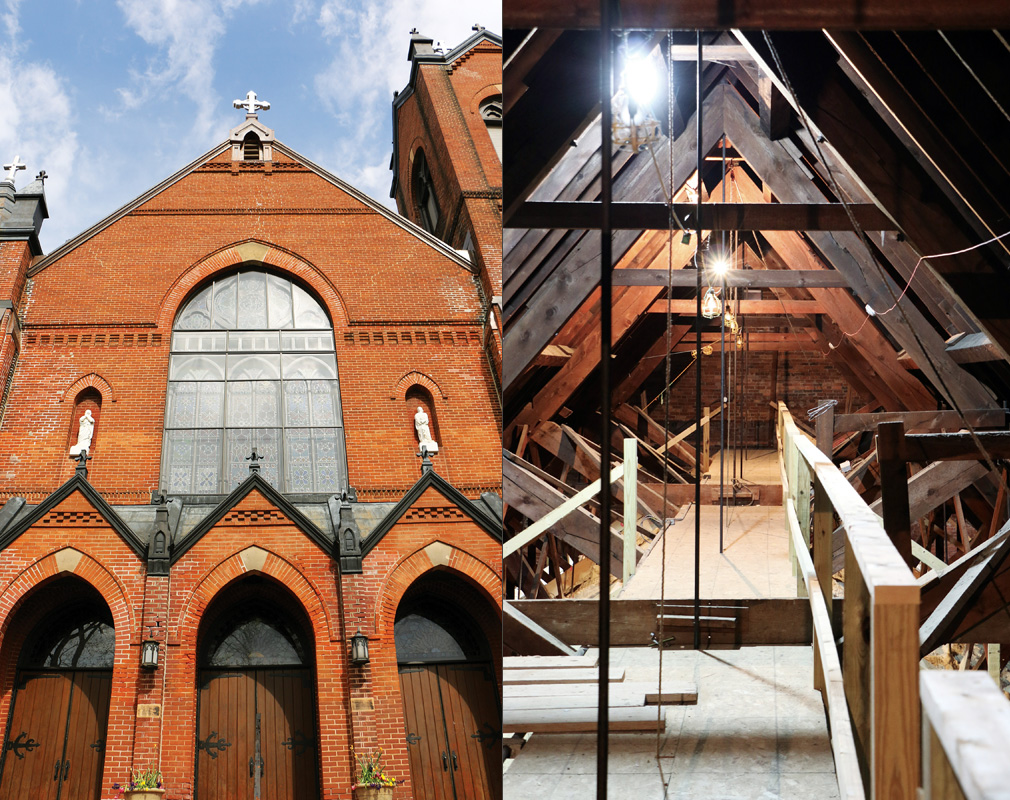 6. The Church Attic
St. Patrick’s Church (322 Fulton Street)
The electric lights hanging high above the pews in St. Patrick’s Church are raised and lowered by cranks installed up in the attic. The first church was built in 1882, but a fire destroyed the structure only two years later, in the autumn of 1884. A new church was raised literally upon the ashes of the old one. You can still see charred timbers in a basement crawlspace.

Before improvements in 2015, the attic could only be crossed via catwalks. 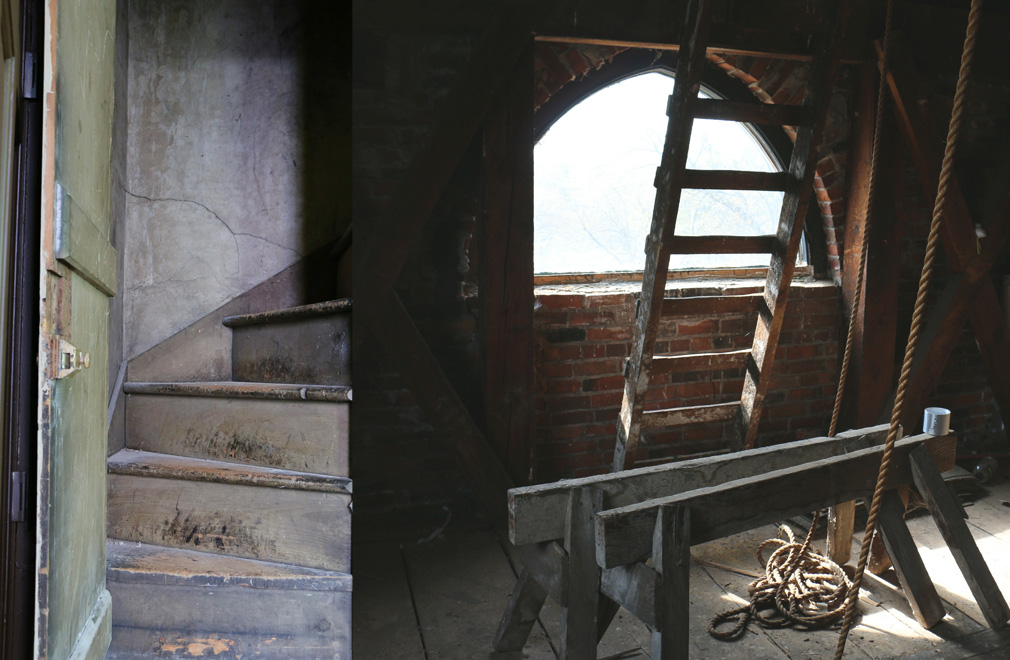 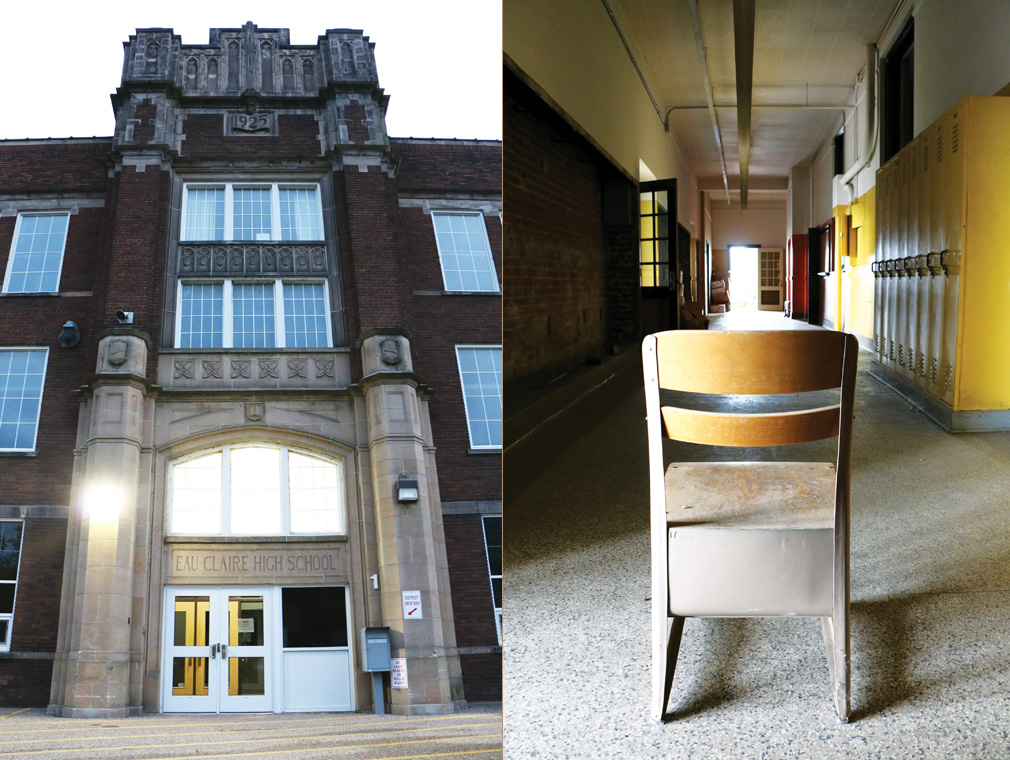 7. The Abandoned Auditorium
Eau Claire Area School District (500 Main Street)
The Eau Claire High School was officially opened in 1926 with a two-day ceremony in late September. Students walked into the brand new brick building and began their day in the auditorium – freshmen in the balcony, the others on the main floor. Eventually, the balcony was converted into two rooms. The school would operate for 56 years (becoming Central Junior High in 1957), and it now houses the Eau Claire Area School District’s administration offices. Much of the building is no longer used.

The old asbestos theater curtain from 1926 still hangs in the auditorium as officials decide if and how to preserve it. 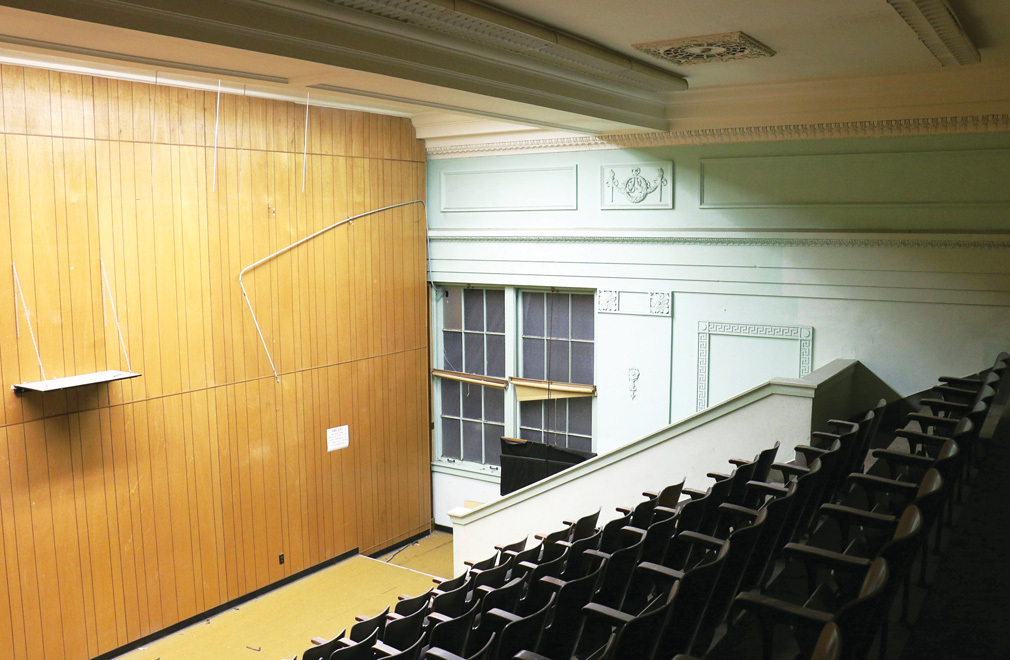 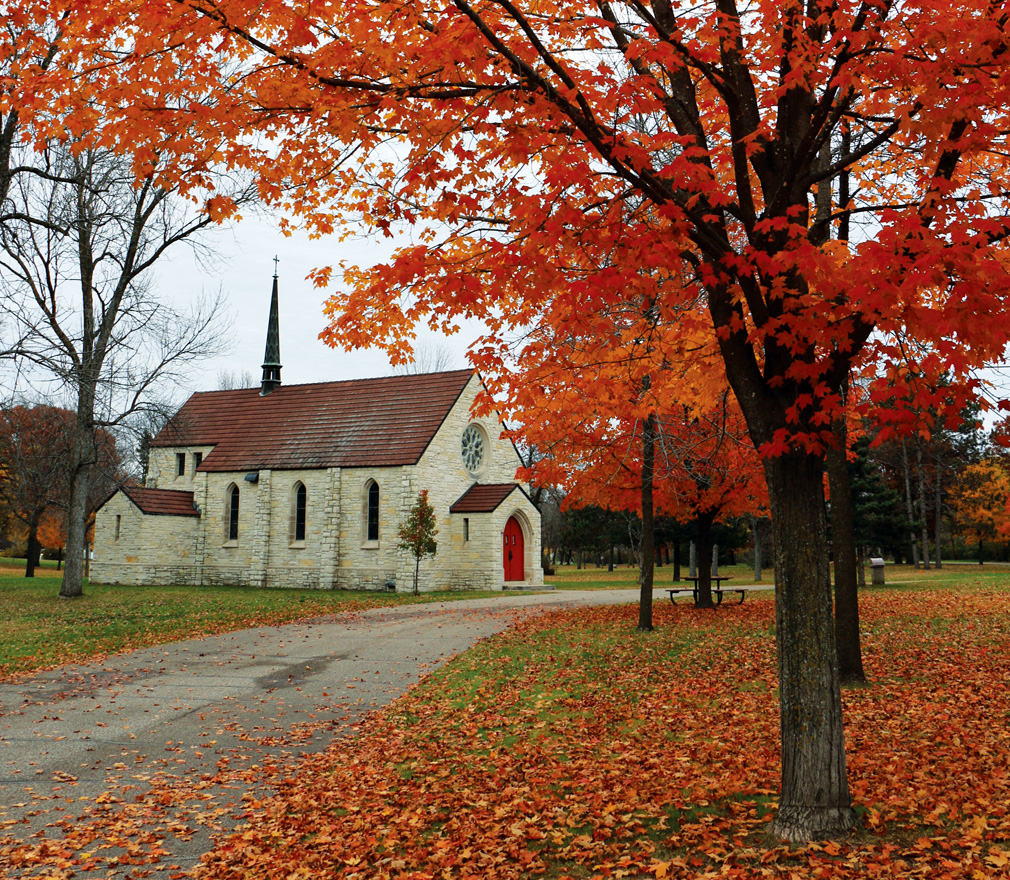 8. Under the Chapel
Hoover Memorial Chapel (1405 Buffington Drive)
Builders used Wisconsin quarry stone to erect the Hoover Chapel, found standing alongside Lakeview Cemetery. Built in 1936, it was financed by Fannie Hoover Buffington in memory of her parents. A large rectangle in the chapel’s tile floor is actually the top of a hand-cranked elevator leading to the basement – originally used as a mortuary where forty-two carefully ventilated vaults line the walls. Bodies of the deceased could rest in the mortuary prior to a funeral service.

Mortuaries were often used in the wintertime to temporarily inter the deceased until the ground thawed. 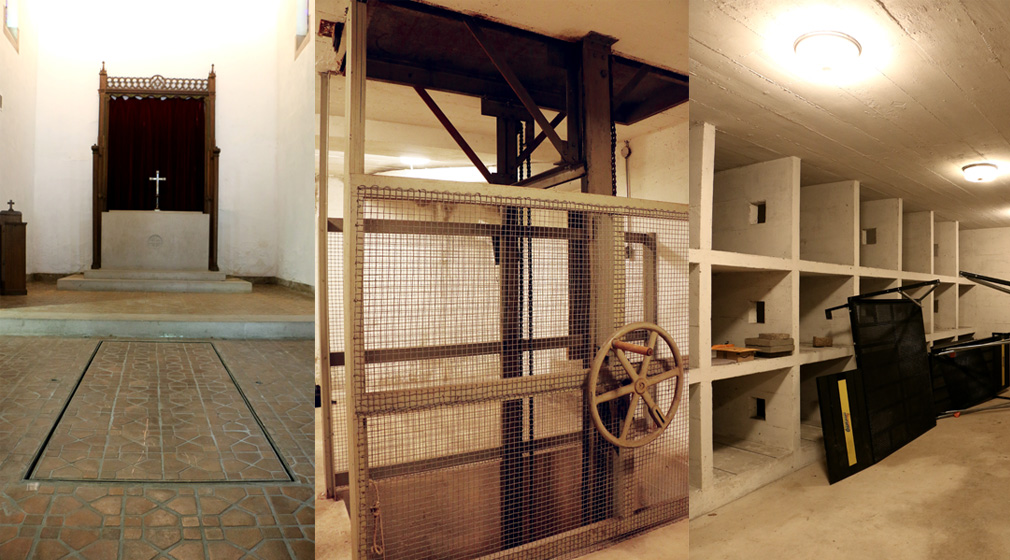