Step into the Snow

sweating in a gym not your style? Slip on some snowshoes and burn calories while enjoying winter 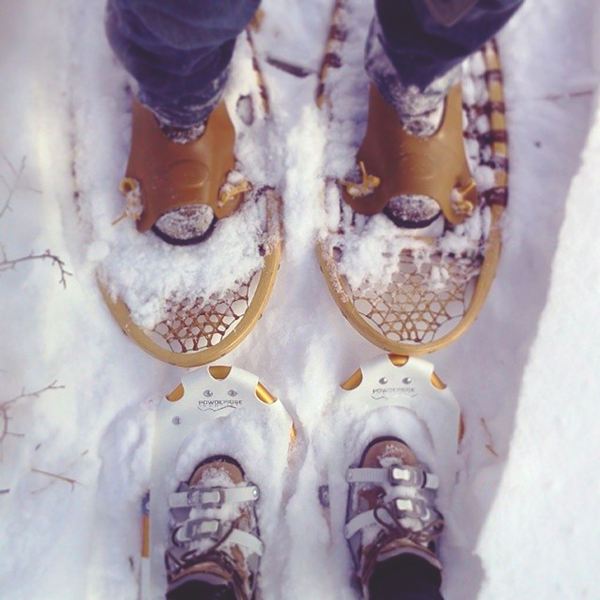 Strap in – snowshoeing is a slick way to burn a bunch of calories.

If your New Year’s resolution once again this year is to get more exercise, maybe in 2015 it’s time to consider a time-honored activity that is as versatile as you are and provides a workout you actually enjoy.

If you prefer the sun peeking through snow-covered pines over fluorescent lighting, the crisp scent of winter over gym shorts, and running alongside deer instead of sweaty middle-aged men on the StairMaster, maybe another gym membership isn’t what you need.

“Throw in some deep powder or hilly terrain and you might burn up to 1,000 calories per hour. Not to mention, you’ll be conditioning your core and a great many micro-muscles that aid in overall balance.”

Snowshoeing is an ancient form of travel that dates back as far as 4,000 B.C. It is believed the most primitive form of snowshoes originated in Asia, and went everywhere humans did afterward in their exploration and settlement of the most northern reaches of the world. Here in the Great Lakes Region, where for survival reasons even a few feet of snow couldn’t halt life’s essential tasks of hunting and gathering firewood, native peoples depended heavily on their wood-framed, rawhide snowshoes.

In our modern era, snowshoes are much less of a survival tool and much more a recreational vehicle to beat cabin fever. And each year as the first snow flies, more men and women alike are taking to the trails for pleasure and exercise.

A big part of the increase in popularity is that snowshoeing can be anything you want it to be. Regardless of whether you want to wander solo through the peaceful powder of the hinterland, or participate in a more socially oriented snowshoe race, you’ll be getting in some great cardio work, chiseling away at that reserve of Christmas cookies building around your waist, and conditioning muscles you didn’t even know you had.

Even as a fairly low-impact sport, research has shown snowshoeing burns 45 percent more calories than walking or running at the same speed. An independent study on the topic by the University of Vermont found participants burn a minimum of 350 calories per hour on a basic snowshoe trek. Throw in some deep powder or hilly terrain and you might burn up to 1,000 calories per hour. Not to mention, you’ll be conditioning your core and a great many micro-muscles that aid in overall balance. Snowshoeing on rolling terrain found almost everywhere here in Wisconsin is great for your quadriceps, hamstrings, abductors, and adductors. In addition, the use of snowshoeing/hiking poles can also create a workout for your arms and chest. 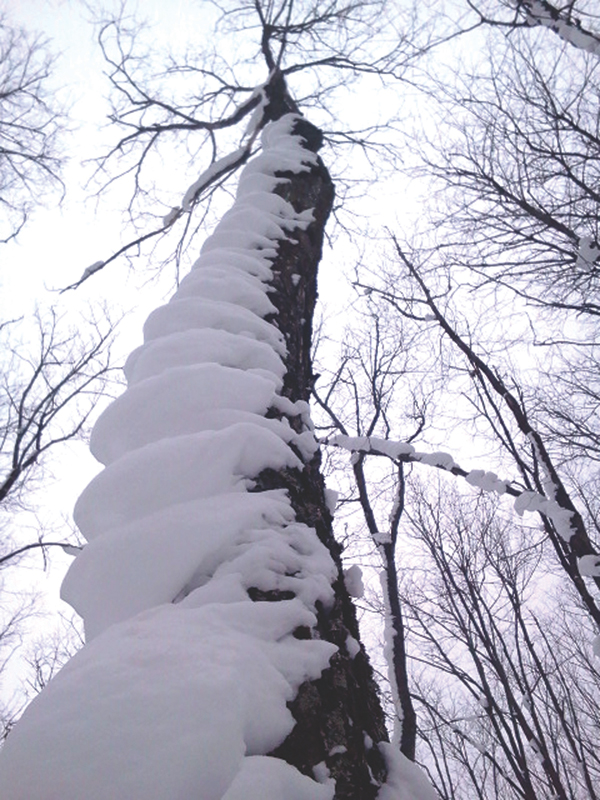 Isolated – Snowshoeing also allows access to some wonderfully remote winter views you simply can’t find out the window of your car.

According to research from the Outdoor Industry Association, some 4.1 million people in the U.S. went snowshoeing in the winter of 2011/2012, a 7.5 percent increase from the previous winter and a 40 percent increase from 2008. In the same timeframe, popular snowshoe manufacturer Tubbs published figures that some 5.5 million people had participated in some 22 million snowshoe outings. So while it may be impossible to pinpoint the exact number of snowshoers out there, it is fair to say the sport has grown in popularity.

All these health benefits aside, the primary reason snowshoeing has risen in popularity is how incredibly easy and cheap it is to get started. The old saying is that if you can walk, you can snowshoe. And more than likely, if you’re considering snowshoeing as a pastime you live in a northern climate and already own 90 percent of the required gear: coat, hat, gloves, boots, and snowpants.

Snowshoes themselves can be rented or purchased from most sporting goods retailers at a cost somewhere between $75 for modern aluminum shoes upwards of $300 for a pair of hand-made traditional or space-age composite shoes. Your choice of snowshoe will depend heavily on your style – whether you will be breaking trail in deep snow over frozen lakes, traversing hard-packed trails, or tackling steep terrain; whether you’re out simply for enjoyment or for competition.

Locally, we are blessed to have abounding snowshoeing opportunities. If you want a few pointers before you venture out on your own, head out to a scheduled snowshoe event at Beaver Creek Reserve or at Volume One’s Winter After Hours events Thursday evenings in Boyd Park. If you’re a trailblazer at heart and just want to strap on a pair of shoes and go, serenity and great views await at Hoffman Hills, Big Falls, Tower Ridge or in the nether regions of the Eau Claire County Forest. If a drive isn’t an issue, you can always take on some of the regional gems in the Apostle Islands National Lakeshore on Lake Superior or the Porcupine Mountains in the Upper Peninsula of Michigan.

Either way, there’s no shortage of snow here in the north so you might as well enjoy it. Even if all you’ve got is grandpappy’s “decorative” old trappin’ shoes, take them off the wall and put them on your feet where they belong! 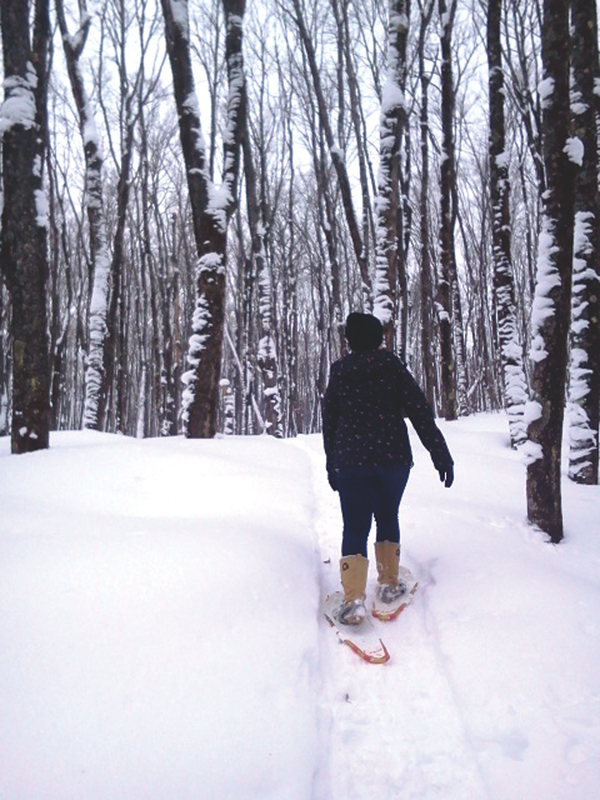