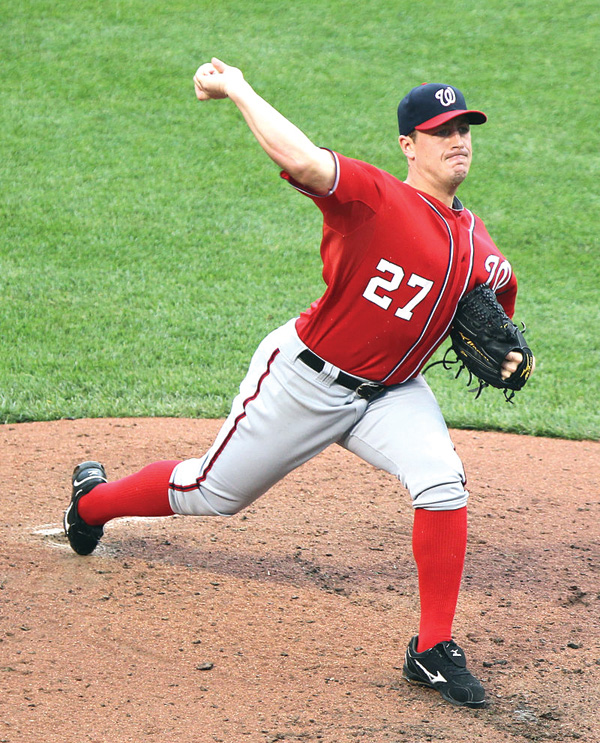 Early in their history, the Eau Claire Express had back-to-back losing seasons in 2005 and 2006. The following year, however, brought a silver lining: Pitcher Jordan Zimmermann, who went 4-2 in 10 starts for the Express in 2006, became the first Express alumnus to be drafted by a major league club. While it took him almost two years to make the roster for the Washington Nationals, he seized his opportunity by getting the win in his very first major league start. Since then he’s racked up a 57-40 record, and he recently made history: On Sept. 28 – the final day of the regular season – he pitched a no-hitter against the Miami Marlins, becoming the first pitcher to ever do so for the Nationals and getting himself named National League Player of the Week. A few days later, on Oct. 4, he allowed only one run and three hits during 8 2/3 innings pitched in a playoff game against the San Francisco Giants. Despite Zimmermann’s effort, the Nats lost the game – and the playoff series – but there’s always next year, especially for a talented Wisconsin athlete like this!