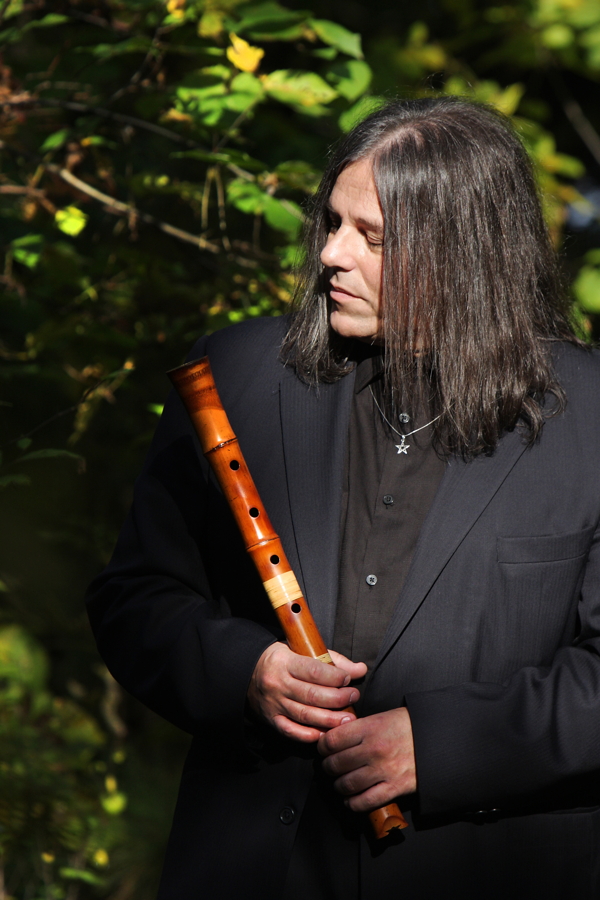 For the fourth time since 2008, dozens of world flutists and hundreds of flute music aficionados from around the globe will be attending the 2014 World Flute Society Convention July 16-20 at UW-Eau Claire’s Haas Fine Arts Center. And when we say “flutes,” we are not just talking about the silver kind that patriotically trill in John Phillip Sousa marches. These are flutes from around the world: soulful animal and bird-sounding Native American flutes, snake-charming Middle Eastern flutes, mysterious-sounding Central and South American flutes, wind-whispering Asian flutes, and toe-tapping Irish flutes and whistles – and more! Approximately 27 flute and music vendors will be here for the gathering, which will also feature clinics for musicians. Among the 36 clinicians and performers featured are: Mary Youngblood, the first lady of the Native American flute and two-time Grammy award-winning flutist; Grammy award winner and Montana native Rhonda Larson, who integrates her classical training with various ethnic traditions; G.S. Sachdev, world-renowned master of the bansuri, the traditional bamboo flute of India (who earned praise from The Beatles’ George Harrison); our own local and Grammy-nominated flutist Peter Phippen, who will be performing with Dr.  Arja Kastinen, world-renowned kantele (like a dulcimer) performer and scholar from Finland; Eliyahu Sills, who plays the bansuri and Turkish and Arabic ney, and his Qadim Ensemble; and the Bobb Fantauzzo Collective, which has created a unique sound playing Native American and world flutes in a jazz medium. Darren Thompson, a Native American flute player from the Lac du Flambeau Ojibwe Reservation in northern Wisconsin, will be the master of ceremonies. Find a full list of artists at worldflutes.org.