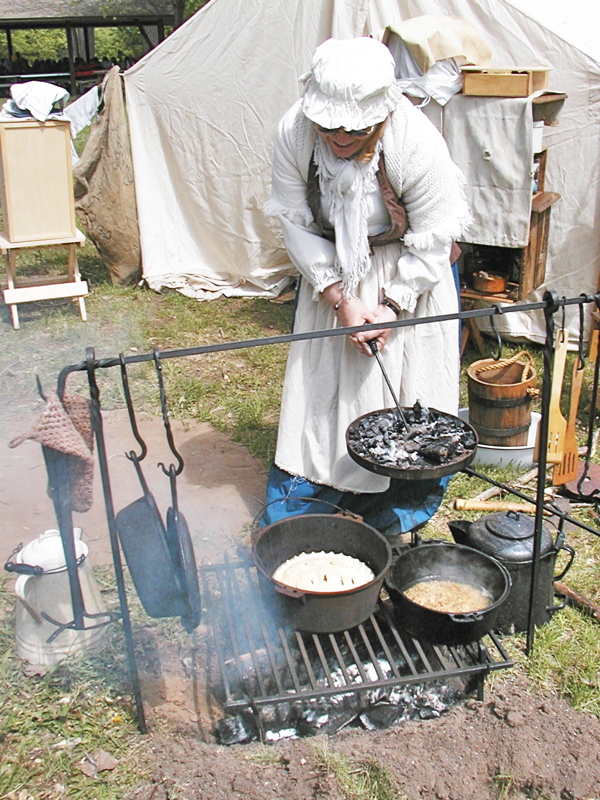 Imagine traveling back in time to the 1700s and 1800s during the fur trade and lumber era in the Chippewa Valley. What you’re imagining probably looks a lot like The Past Passed Here, a living history event that will delight and educate both children and adults. Presented by the Chippewa County Historical Society, the event runs May 8-11 at Allen Park in Chippewa Falls. Allen Park is located on the banks of Duncan Creek at its confluence with the Chippewa River in downtown Chippewa Falls. The park was once the site of Native American and French fur trade camps, and later it was the location of the largest sawmill in the world under one roof, operated by the Chippewa Lumber & Boom Company. You’ll be able to talk directly to re-enactors who portray – among others – fur traders, lumbermen, general store proprietors, and Native Americans. Engage in hands-on camp activities and games, such as tomahawk throwing, cat-and-mouse balance game, canoe paddle races, and sawing competitions. Sample authentic food such as pies made in Dutch ovens over campfires, Native American fry bread, buffalo burgers, voyageur stew, as well as more modern fare, such as Ursula’s pretzels, Olson’s Ice Cream, root beer floats, old-fashioned candy, and kettle corn. Craftspeople, such as a blacksmith, a porcupine quill artist, and bead and weaving artists, will demonstrate their talents. Antique weapons as well as tools from the era will be on display. Musicians will stroll throughout the camp playing music from the period, and you’ll be able to buy replica antique goods in trader’s row. During school hours Wednesday through Friday, about 600 fourth graders from area schools will participate in full-day field trips with hands-on activities, but the event will be open to the public at the other times listed above.