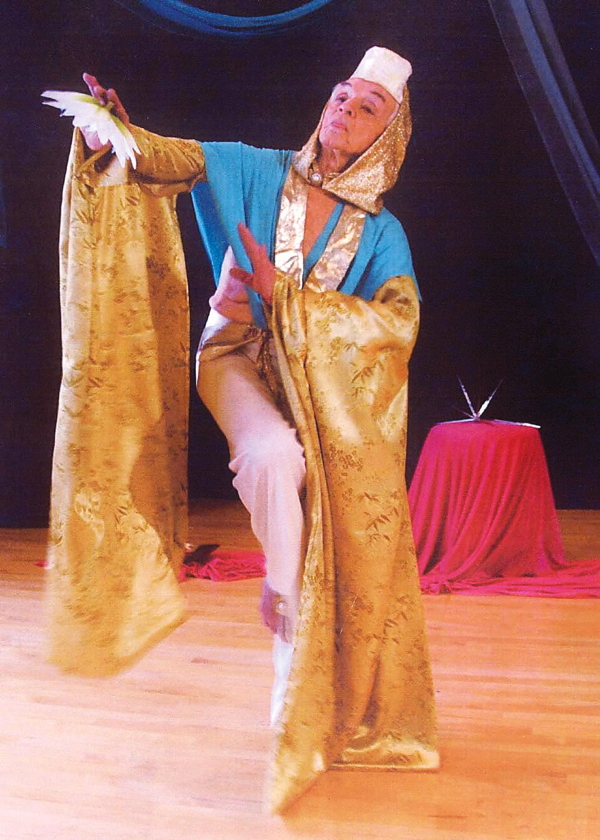 If writing about music is like dancing about architecture, then what can be said of writing about dance? Words on a page can’t fully express the physical and emotional depths of dance – nor can mere words do justice to a modern dance legend like western Wisconsin’s own Barry Lynn. Long ago Lynn passed the point of being describe with sentences that begin, “While most men his age …” That’s because most men simply aren’t his age: Lynn turned 100 this year. Nor have most men so fully devoted their lives to an art form. Lynn has been dancing for more than 70 years, first in his native North Carolina, then for decades in Utah, and since 1978 in Ladysmith, where Lynn and partner Michael Doran opened ChaliceStream studio on an abandoned farmstead. During his career he has performed across the United States and Europe, produced and directed his own theater group, directed and choreographed numerous dance companies, and taught dance at the college level. Lynn continues to teach and perform, and on Feb. 23 he will take the stage once more as part of a 100th birthday recital that will include performances by Doran, Lynn, and their friends and students, including Daystar (Rosalie Jones), Barbara Shafer, Aaron Fellenz, and the Shimmy Sisters (Laura Gaber, Deb Bartilson, and Hera Novak), as well as music by Nikk Wolfe and Kai Ulrica. Lynn himself will perform a theatrical piece, “The Cripple and the Chinese Bench,” accompanied by musical improvisations from flautist Peter Phippen. (A clue to Lynn’s choice of subject matter can be found in a recent column about Lynn by author Michael Perry, in which Perry notes that poor balance means Lynn now remains “seated during performances as he ‘tells’ his dances using masks, gesticulations, and his impishly expressive face.”) Dance, like life, is beautiful and ephemeral. And, as Perry wrote in Volume One a dozen years ago, “Barry isn’t defying age, he is dancing with it.”