learn about this issue's cover art by Dustin Schipper 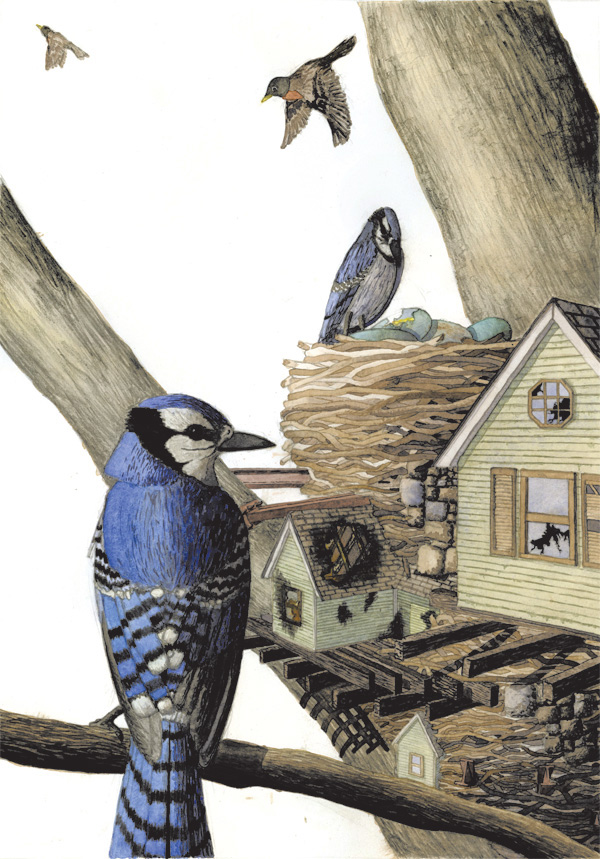 Dustin Schipper is a 22-year-old art student at UWEC.  He works primarily in painting and sculptural mediums and plans to go to graduate school for architecture.

“This painting is from a series of three, titled The Long Winter. This series focuses on the idea of hard times and desperation. In each piece one or more animals is taking part in an activity which is a part of their natural behavior; a crow watches over its children while they socialize with one another, a pair of blue jays appropriate a robins’ nest, and a red squirrel anxiously looks around just after eating a baby rabbit. It’s not hard to find an almost human quality in their expressions and actions, as they engage in entirely animalistic behavior.”  – The Artist 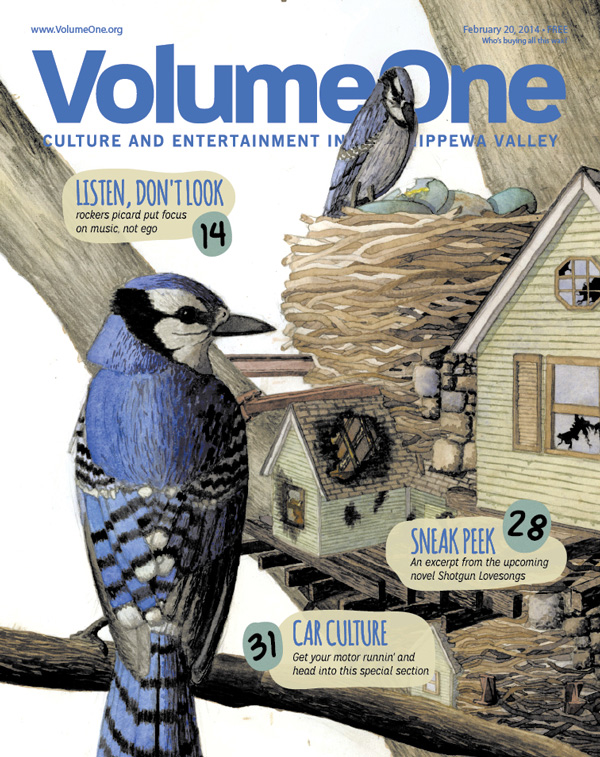 Volume One finds its cover art in a number of ways, from local art shows to random emails to knowing someone who knows someone who knows a great artist. The art always originates from a current or former Chippewa Valley resident. If you'd like to submit cover art, send us a letter.
share
comments 0