It is poetic justice that someone named Max Garland would win a top prize in his field; it’s even more poetic when that field is poetry. Garland, an Eau Claire resident and UW-Eau Claire English professor, was named Wisconsin’s poet laureate in early January. (Get it? If you wear a garland, you’re a laureate – though I don’t think this particular prize comes with a wreath of laurel.)

Garland, who spent a decade as a rural mail carrier in his native Kentucky before following the poetic muse into academia, will serve a two-year term as poet laureate, which basically means he’ll be a official ambassador promoting the ars poetica across Wisconsin.

Garland, who has been teaching at UW-Eau Claire since 1996, is the author of two award-winning poetry collections, The Postal Confessions and Hunger Wide As Heaven, as well as a chapbook of poems, Apparitions, and his work – including poems, essays and short stories – has been featured in numerous publications.

What obligations does the Wisconsin poet laureate have, exactly? Is there a “verses per week” minimum or will you be mostly speaking?

Thankfully, there’s not a verse quota. I’m expected to write, give readings, promote poetry and creativity among all ages, and also not pontificate any more than absolutely necessary.

As poet laureate, you say you’d “reach out to those who may feel alienated from the world of poetry (or art), and yet have deeply felt experiences to record and honor.” How can you achieve this, within your obligations?

Good question. I’d like to remind people how poetry touches our lives even if we don’t see ourselves as “poets” or even know we like poetry. If you’ve ever sat in church, sung a hymn, attended a wedding, christening, funeral, found a song lyric embedded in your memory, or even noticed a moment in ordinary conversation when language seems to have risen beyond the occasion, then you’ve been affected by poetry. It’s occurs whenever language catches more than it bargains for, when words cut through the static of small talk and sales pitch and amount to more than the sum of their parts. Often we don’t ask enough of the words we use. Poetry, at its best, maintains a ridiculously resilient faith in the power of words to express our singular and common humanities.

“The writers, musicians, artists, and artisans of this area are an increasingly important part of the identity of the place. Plus, rivers are particularly good for writers. No one knows exactly why.”

Our last WPL, Bruce Dethlefsen, made 140 poetry-related appearances during his term. Is that normal or was he totally showing off? Or does simply visiting the library count as a literary appearance?

I’m not sure how Bruce did that. I suspect he’s actually two or three people going by the same unusual name. Maybe I should count this as an appearance, and then I’ve only 139 to go.

We joke, but seriously, how busy will you be and how will it affect your life? Your writing?

Judging by the first week, I may have slightly underestimated the “busyness” aspect. But I doubt it will affect the writing. I’d be a lousy choice for this position if I didn’t love poetry enough to keep writing it. Busyness is a uniquely American plague, and poetry should be among its antidotes. 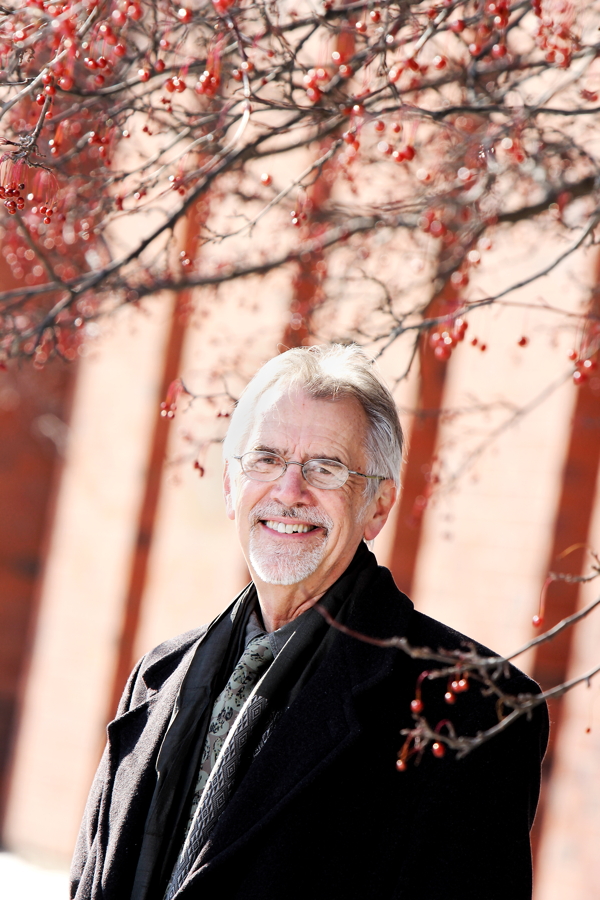 Will you introduce yourself at parties as “Wisconsin’s poet laureate?” Maybe just once?

Only if I want to kill all conversation immediately.

To cut $2,000 (in mileage payments) from the Wisconsin Arts Board budget, the laureate program was eliminated in 2011, and is now a designation bestowed by Wisconsin Academy of Sciences, Arts & Letters. How do you feel this has affected or will affect the duties of the laureate? I.e. how has this changed the job? (I’m assuming that I, as a Wisconsin taxpayer, can no longer request free poems from you.)

To answer your last question first, I’m sorry to say that all of the nearly 6 million residents of Wisconsin will no longer receive a free individually written poem. I was looking forward to that, too. On a more positive note, thanks to the Academy, the outgoing Laureate, a number of statewide writing and arts groups, and a volunteer commission, the position of Poet Laureate was saved. Apparently, a lot of people of various political stripes thought the current governor’s cutting of state support for creativity and the arts by 70% was not in the best interest of Wisconsin’s children, adults, and elders. So they devised a way to keep the position alive without state funding. It can’t completely undo the damage, but it’s a positive gesture, a vote for creativity and the belief that poetry and the  processes and products of human imagination have value, and are worthy of public and private support.

If you had to pick just one ... similes or metaphors?

I’m like there’s way too many similes or whatever. I’m a rock for metaphor.

How interested do you think young people are in poetry, here in Wisconsin in 2013? How have you seen that interest change or morph in your time as an educator?

Sometimes I find students so interested in the possibilities of strange and beautiful and heartfelt language, I feel embarrassed for myself, even somewhat jaded. One should never underestimate young women and men with guts enough to read their original poems in a class full of strangers. At such times I’m reminded of why I ever got into this, and begin to feel temporarily younger myself.

“If you’ve even noticed a moment in ordinary conversation when language seems to have risen beyond the occasion, then you’ve been affected by poetry.”

Can poetry have a place in the life of an average Wisconsinite?

I’ll hand this question over to former governor Tommy Thompson. In 2000,  Thompson issued Executive Order 404 creating the position of Poet Laureate (the one cut by the current administration). At the time, Thompson stated “it is important that Wisconsin maintain its strong tradition of excellence in the arts,” and went on to say, “poetry serves as a tool for the enrichment of all people and serves as a herald for the deep emotions and pride felt by the citizens of this great state.” I agree with Tommy Thompson.

How has Eau Claire and the Chippewa Valley influenced your own writing?

Wherever you live there’s abundant material for poetry, prose, songs, paintings and all the rest.  The writers, musicians, artists, and artisans of this area are an increasingly important part of the identity of the place. Plus, rivers are particularly good for writers. No one knows exactly why. I suspect it has something to do with the presence of ospreys.

When do your duties officially begin, and what is planned for you so far?

By answering these questions I suppose my duties have officially commenced, and now I anxiously await the arrival of my attractive Volume One T-shirt (medium). Other than waiting for that, and trying to promote poetry as a means of accessing the positive impulses and energies that underlie and inhabit our often beleaguered common language, I have no immediate plans.

It’s less lonely than it used to be,
what with the forests stripped down
to the minimum now, and the white lines
painted on the Oakwood Mall lot

and the cars parked like brothers,
in order of their arrival,
the sheen of the Lord upon them,
however, the last as blessed
with brightness as the first.

It’s less lonely without the animals
broadcasting their strange sense
of themselves, as if being were enough,
if you sang it incessantly
from a high enough branch,
or possibly barked it into the night.

It’s less lonely without the barking,
or the baying, or the night itself,
the small eyes clicking off and on
from the brambles, the lit green eyes,
the yellow. Though you miss it,
the loneliness, the size of it mostly,

the way you rose up to meet it
in fear, and were enlarged,
somehow, by the rising
and your own fumbling for sounds,
sequences, syllables

to cast yourself like a spell
into the midst of something
you neither made, nor imagined,
nor could keep from imagining.