a classic prank that needs to see a Chippewa Valley insurgency 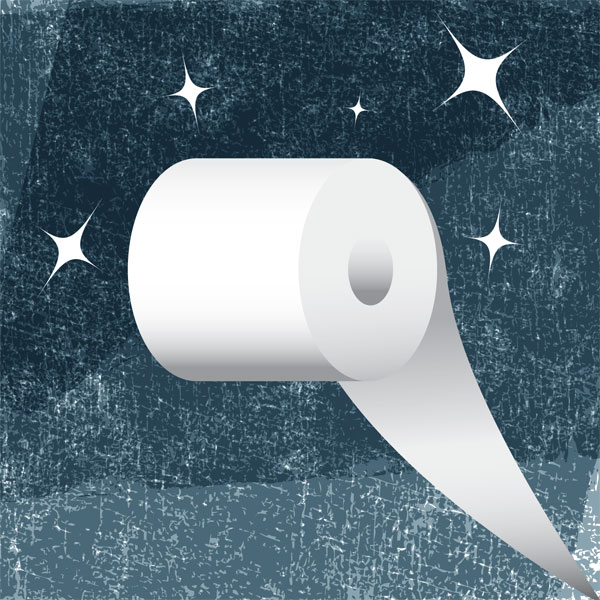 Every fall, as the people of the Chippewa Valley “ooh” and “ahh” at the array of colors, I can’t help but feel a tiny void in my heart. There’s just something missing. They really need some long wisps of pastel pink, baby blue, and quilted white dangling from the branches and shifting in the breeze like thousands of cheap windsocks. They need toilet paper.

I’d imagine not unlike the local high schoolers today, when I was in high school fall meant homecoming. But where I grew up (the faraway land of southeast Wisconsin), if you asked a student what homecoming meant, one thing instantly sprang to mind. Toilet paper.

A Tissue of Teenage Importance

I know some of you are instantly thinking “TPing” is passé, annoying, or just plain terrible. I understand where you’re coming from. I really do. But you can’t deny that teenagers have to cause trouble. It’s a part of growing up; like pimples and hating your parents.

Now, I’m the first one to challenge traditions or doing something just because it’s always been done, but TPing is awesome.

Now I’m the first one to challenge traditions or doing something just because it’s always been done, but TPing is awesome. I’m not talking about causing damage or major annoyances like “forking” (sticking plastic cutlery in the lawn and breaking it off, thus making it hard to clean up) or using colored paper (so when it rains it dyes the house). I’m advocating the fun-and-harmless activity of throwing rolls of toilet paper up into trees.

The other reason I loved the concept of TPing was because it’s The Great Unifier. TPing is like the United Nations of high school. Everyone is out there doing it – be it jocks, nerds, druggies, or supers (our school’s label for the super group, like The Plastics from Mean Girls) – all joined for one common purpose.

So if a teacher looked out their window, they’d see Uganda, Guam, Tanzania, and Yemen working together on their front lawn. And a single tear would drop from their eye … because they really don’t want to clean this crap up.

Perhaps the coolest aspect of TPing was that most everyone turned the other cheek. There were always threats of grocery stores not selling TP to students, and rumblings that cops were gonna crack some heads, but they never did. They just let it happen. (The police station even got hit every year.) It was like a free pass to cause trouble. But one that still seemed exhilarating because of those crack-some-heads rumors. Or the “fact” that Kelly’s cousin who moved away used to go out with this kid that got shot by an old principal for trespassing. Yeah. It happened. She told me.

My No. 1 reason for TPing every year was the creativity involved. There were tons of variables and obstacles. You had to think fast, be quick on your feet, and never leave a man (or roll) behind. It was creative problem solving. It was sport. And it probably should have counted for course credit.

There was a particularly cool teacher that lived a ways away, but we always made the trek. For Year One, it was standard TPing. For Year Two it was TP, sidewalk chalk, and shaving cream. In Year Three the teacher’s husband decided to fight back, so he and some friends sat on their roof with a cooler and hose all night – or at least until they called it a night, and kids then got the house anyway. But Year Four was the cream of the crop – and it made the Milwaukee Journal-Sentinel.

Before I tell you why, first some background. You see, all this sneaking around in the dark on private property made us feel like black ops renegades. When we’d see the underclassmen doing the same thing, we of course had to one-up them. We’d gather up all the pumpkins people were throwing away after Halloween and arrange them in a friend’s lawn. We’d snag the city’s entire stock of lawn gnomes and flamingoes (giving them back later, of course). And we once staged an entire living room furniture set in a lawn … plus a wagon wheel. For feng shui.

But the teacher got the best. It was an election year, and yards the county over were packed with political signs. One candidate happened to have the same last name as the teacher, so we snatched as many of those signs as we could find. And about a thousand driveway “reflectors.” Now I know what you’re thinking: How could you do that to that candidate, and risk them losing the election? But here’s the thing: when you drove anywhere near this house (especially at night), you took notice – not to mention a giant photo in the state’s biggest newspaper. We figure we did alter the election … in their favor.

When all was said and done, though, we were lucky it was our last homecoming. Because we later found out that getting caught with signs would have meant a fine of tens of thousands of dollars.

Given all this, I’m not sure why instances of toilet papering have waned. Not just here, but even from what I can gather of back home. It’s likely that a few instances of the harmless prank going horribly wrong have forced police to crack down. Kind of like many states have done with fireworks. But it’s also quite likely that the generations of today know this is what their parents did for homecoming, and thus it became instantly lame. Or maybe it’s just that the teens of today have moved on to better things. I’d like to venture a guess as to what that’d be, but nothing comes to mind.