We were reading a plaque on the bike trail down from the parking lot behind the Galloway Grille, and it said something about explorer Jonathon Carver naming the Eau Claire River. Could you give us a backstory?

Thanks for asking. I just love that colonial New Englanders are so excited to give French names to places in Indian Territory. It’s just like Disney World.

As I noted a couple of years ago in this column, a daft local legend says one of the French voyageurs accompanying Carver exclaimed when reaching the river in question, “Voici, l’eau claire!” “Look! Clear water!” And, lo, they stopped and drank deeply.

Carver (1710-1780) was born in Massachusetts, as were his father and grandfather. He grew up, married, his wife Abigail (Robbins) had seven kids, they moved to Connecticut, yadda, yadda. Apparently serving in the colonial militia during the French and Indian War (he was 53 when the war ended) gave Carver some kind of midlife crisis, or at least a wanderlust, and he started looking for someone who might sponsor his adventures. 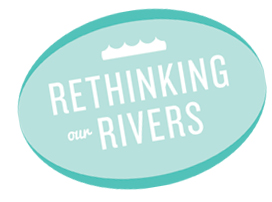 In 1766, he found a benefactor who contracted him to find the mythical Northwest Passage, a water route to the Pacific that didn’t involve sailing around the whole earth past South Africa’s Cape of Good Hope.

Carver left Fort Michilimackinac (just across from the island with the awesome fudge), traveled along Lake Michigan until he came to Green Bay, down the Fox River, portaged over to the Wisconsin River, then down the Wisconsin to the Mississippi and Prairie du Chien. Then up and down the Mississippi for a while. Then, joined by a couple of buddies, up the Chippewa River to the Ojibwe village at La Courte Oreilles, portaged over to the Namakagon, and finally made it to Lake Superior and the trading fort at Grand Portage, where the group found a waiting letter chewing them out for spending too much money.

Every leg of this journey was on a well-established Native trade route. And not only that, the French had been here for generations. (They built Fort Michilimackinac fifty years before Carver came through, near the site of a Jesuit mission 45 years older yet.) Before the Ojibwe came into the area, the Dakota (Sioux), Ho-Chunk (Winnebago), and Meskwaki (Fox) had been traveling the Chippewa and Eau Claire Rivers for untold centuries: camping, hunting game, waging small, pitched battles as they surprised hunting parties of other nations.

Like people everywhere, the Ojibwe named their world. Mooningwanekaaning, Ojibwe for “the place abundant with yellow flickers” (later Madeline Island). Zhaagawaamikong, “the place with the sandbar” (later Chequamegon Bay). Odawasagaegun, Ojibwe for “the place where was found the dead body of an Ottawa” (later Lac Courte Oreilles). The idea that the Ojibwe (or any of the other nations) wouldn’t have a name for this river — so they could describe where they’d seen that herd of elk, or where they ran into that party of Dakota warriors — is absurd.

We always like to give white people credit, and that’s nice, but it seems patently obvious that the name is a French translation of the Ojibwe name waashegaminaaboo-ziibi, which means — oh! — “clear, good-water river” (like Mississippi is a variant spelling of the Ojibwe misi-ziibi, “great river”). I’ll grant that it’s possible Carver asked the Ojibwe guides, translated through his French voyageur crew, what the Ojibwe called it. Which would put this watershed historical moment about the level of someone asking, “Hey, where are we now?”