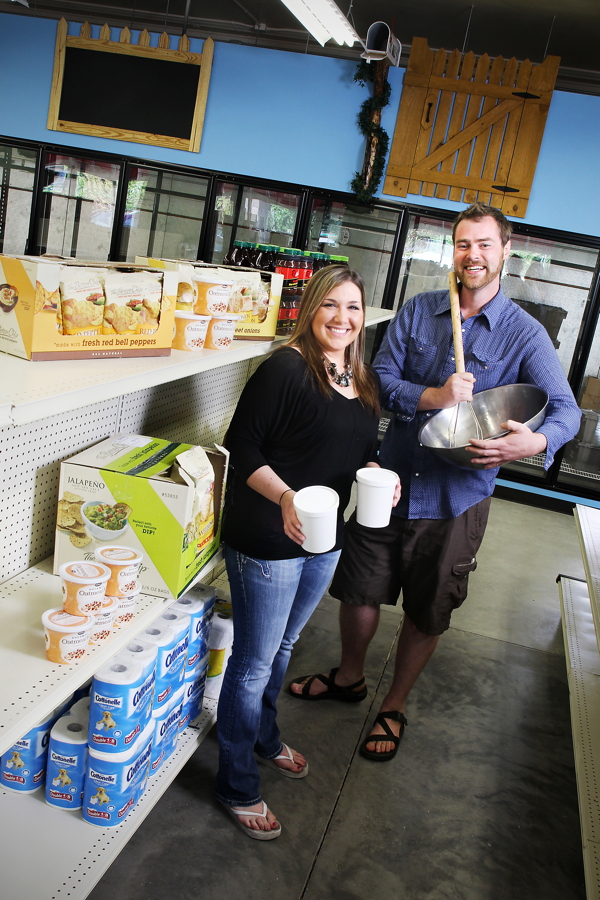 Most people don’t equate their first job with their dream job. But for Carolyn Miller, owner of the new Charly’s Market in Phoenix Park, that’s just how it happened.

On Saturday, June 2, Miller will open the doors to Charly’s Market, a 4,200 square foot grocery store she describes as, a “mix of a Trader Joe’s and Kowalski’s.”

“We will have your everyday grocery items — chicken noodle soup, Lay’s potato chips, macaroni and cheese — but we also will have premium brands and also high-end beer, wine and liquor,” she said.

Born and raised in Eau Claire, 26-year-old Miller landed her first job as a grocery cashier at the now-defunct Kerm’s on Water Street.

Eventually promoted as a full-time manager, Miller gained the experience that would one day prepare her to run her own grocery store.

“At 15 I never imagined that where I was working at Kerm’s would end up being a career,” Miller said.

Miller said they’re especially excited to offer both bicycle and vehicle grocery delivery. Delivery costs a flat fee of $7.50 and $5 for military personnel and senior citizens.

With aid from a $200,000 city start-up grant, Miller has been working for over a year to fill an unmet neighborhood niche.

“(People) want a neighborhood grocery where they can order things and know the product and the value of the product and that their dollar is not only going to support some huge conglomerate.” – Carolyn Miller, on Charly’s Market

Fellow Phoenix Park business owner Eric Thompson of Pedals Plus said he believes Charly’s Market will help draw major attention to the Phoenix Park area and will contribute to a growing sense of community among local business owners.

“I think it’s going to draw a lot of people down to this area and show off what’s going on in this part of downtown,” Thompson said. “There’s a lot of residents excited to have a grocery store down in this area, too.”

Charly’s Market will add to the list of existing nearby groceries, including Gordy’s County Market, Mega Foods and Just Local Food.

Eau Claire Chamber of Commerce CEO Bob McCoy said thriving in such a competitive market was a concern among some community members.

“Many, many people were asking for a grocery store in that area. I think it took some time to really decide if that was going to be viable, who’s going to be able to do it and where it’s going to be located.”

McCoy added he thinks Charly’s Market will fulfill the neighborhood’s needs and believes it’s unique enough to attract people from other areas of the community.

“We want to wish her well — we hope it is successful because I think that attracts other potential retail businesses and other people down to that area and it just springboards off each other.”

Miller said she cares deeply about the well-being and future of downtown Eau Claire and plans to support local businesses in ways such as selling her homemade specialty products at other retail locations.

“Eau Claire is my home and I want to stay here, and if I can make an impact on it and use the grant very wisely to make the community and the city a better, I definitely feel like I’m the best person to be able to use that money wisely for that.”