new business replaces Bookends on Main, which closed at end of 2022 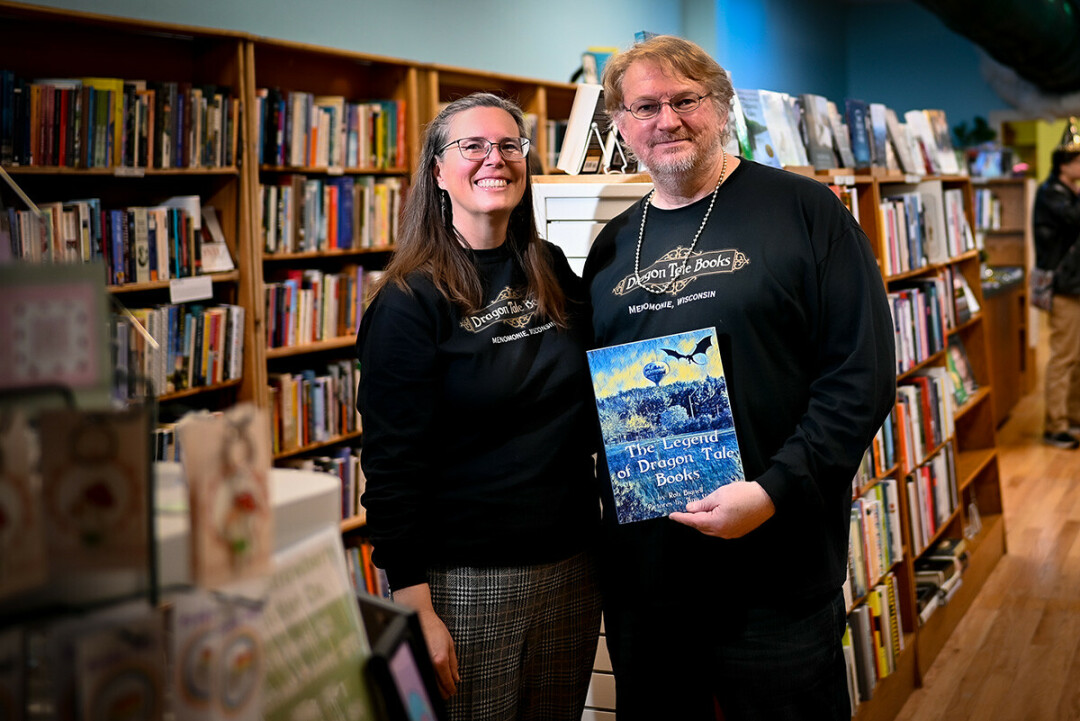 “Adventure awaits,” proclaims Ann Vogl as she readies to take the title of “local bookstore owner” off of Susan Schoenbauer Thurin’s hands.

Menomonie’s downtown bookstore, Bookends on Main, is moving one space down the street to 216 Main St. East, Suite A, and will now be known as Dragon Tale Books. The old bookstore, Bookends, closed on Dec. 27, while the new store held a grand opening four days later on Dec. 31.

Back in 2009, what was then known as The Bookends was passed from Harriet Christy to Susan Schoenbauer Thurin, a former English teacher. The store was renamed Bookends on Main to reflect the change of ownership, and the bookstore happily operated for 14 years. Thurin had been looking for someone to take on the responsibility of a new bookstore so that she could retire, and Vogl decided to step up to the plate.

Vogl was a librarian for 17 years prior to her venture into bookstore ownership. Before that, she worked as an accountant, so “bookkeeping” has always been a passion of hers. After accepting a job at UW-Stout in 2013, Vogl became enamored with the closeness of the city’s community and its accessibility.

“I really believe in the value of books and reading.” –Ann Vogl, owner of Dragon Tale Books

Although Vogl has embraced the pleasant and welcoming nature of Menomonie, she believes that there is always room to grow within the city. As a librarian-turned-bookseller, she has a particular love for the works of Jane Austen and an affinity for many other authors, from sci-fi/fantasy legend Ursula K. Le Guin to Haitian-American novelist Edwidge Danticat. 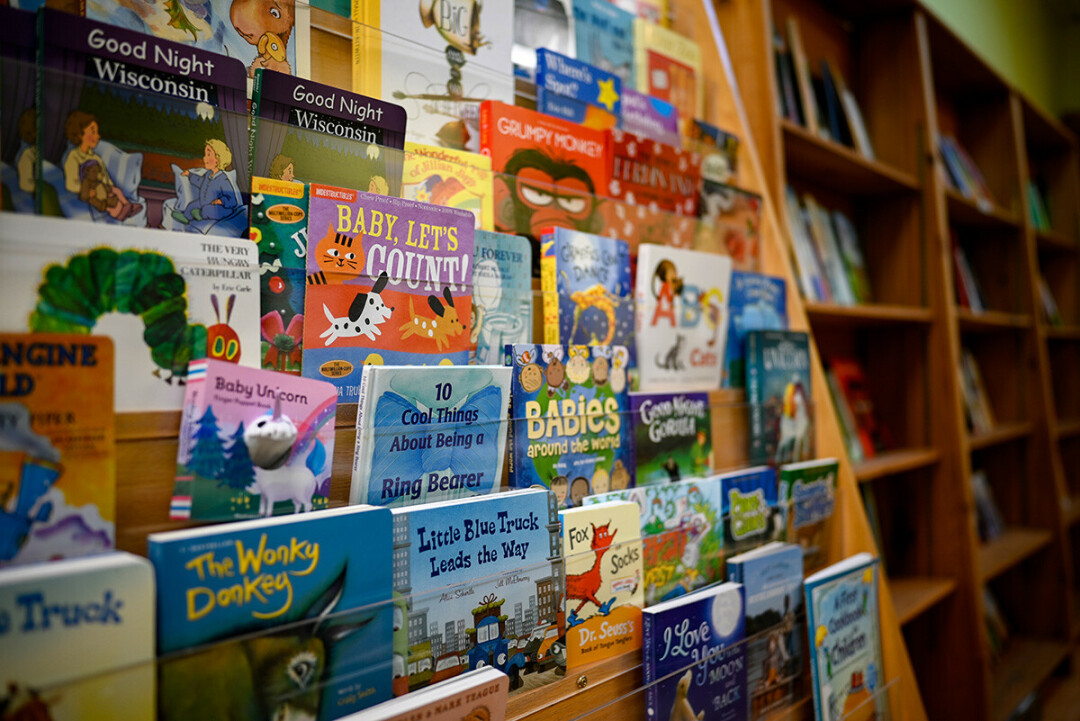 The name Dragon Tale Books, which Vogl chose for the bookstore, builds off of the word “tale” that reflects the many books snug on the shelves. With the image of a dragon in the name, Dragon Tale Books incorporates fantasy and fun while encompassing a wide range of genres for all to enjoy.

After its Dec. 31 grand opening, Vogl is hoping to branch off into the market of online bookselling and audiobooks through websites like bookshop.org and libro.fm, which have helped independent bookstore owners for years. Talking to independent bookstore owners and receiving constant support helped Vogl prepare for the big switch-off, something she said has been both a little scary and exciting.

On top of the expansion into online bookselling, Vogl hopes to use Dragon Tale Books for a number of literature-related events to get the community involved with the store again, like through weekend book readings, guest speakers, and more.

“I really believe in the value of books and reading,” Vogl said. She hopes Dragon Tale Books becomes a go-to destination for book lovers as well as a place to foster creativity for anyone, readers, authors, musicians and artists alike. 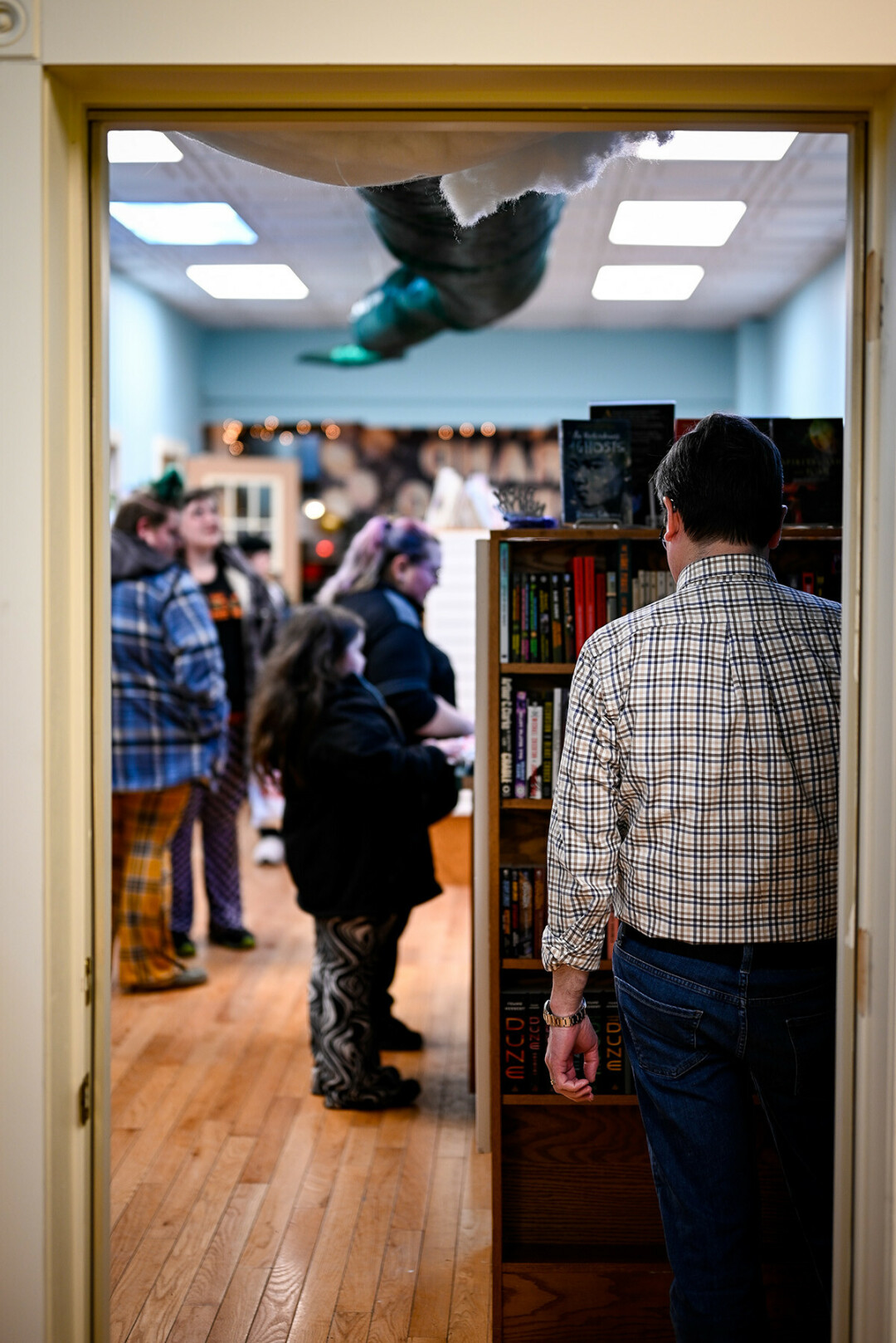