with theater history, casino nights, and acrobats, what could be more exciting? 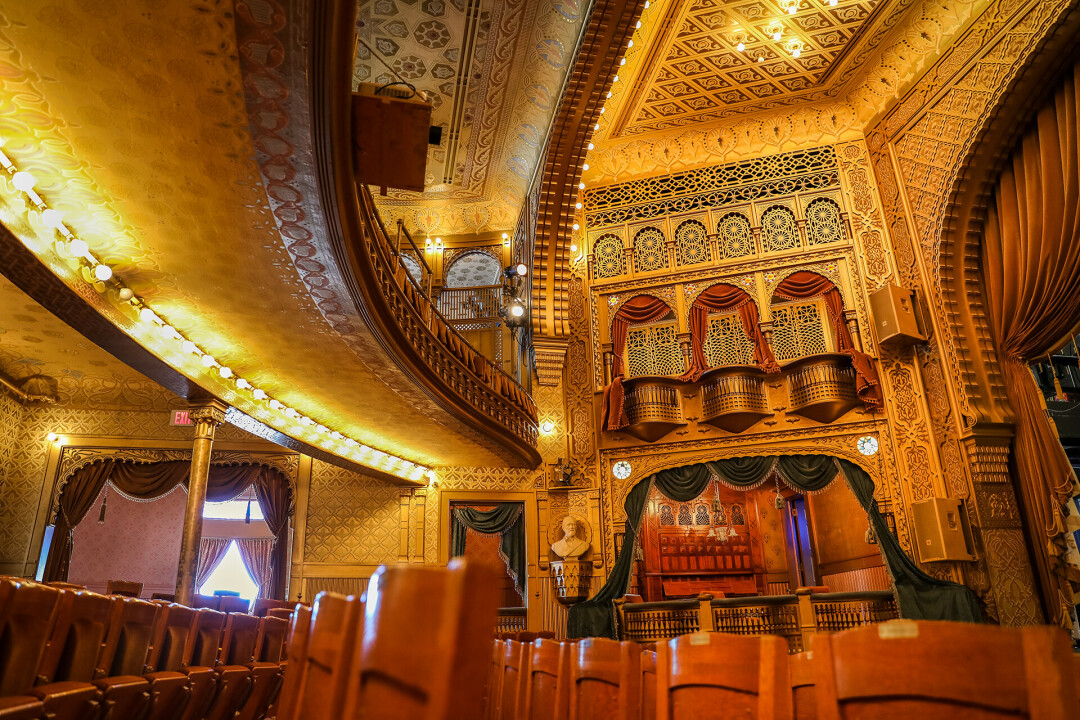 THEATER MAGIC. The Mabel Tainter has been dubbed one of the world's most spectacular theaters.

This year’s lineup of shows is different from other years, because it has a bit more variety than usual, according to Mabel Tainter Marketing Manager Alissa Salzwedel. This season is set to run from August 2022-April 2023, with 20 unique and exciting events lined up.

There will be music performances of the music of Andrew Lloyd Webber and Tim Rice, Kathy Mattea and Suzy Bogguss, Lee Roy Parnell Trio, Tish Hinojosa, Pam Tillis, The Holiday Songbook, Em Menz & Sue Orfield, The Memories, Jayson Collins Septet, The Lamont Cranston Band, The Jimmy’s, Take3, The California Songbook, and Joyann Parker. There will also be a special organ concert, with a custom-made Steere and Turner organ – which is more than 100 years old!

Looking to laugh? Watch out for comedic performances by Colin Mochrie and Brad Sherwood, and The Second City. There will also be an acrobatic performance by The Great DuBois, who were in the 2017 hit movie, The Greatest Showman.

This year, the Night at the Mabel Fundraiser has a 1960s Las Vegas theme, with an on-stage casino and their remodeled Spirit Room functioning as a speakeasy.

The Mabel Tainter theater was erected in 1889 as a tribute to a young woman named Mabel Tainter, who had a strong love for music and arts. This year, the theater staff are releasing pieces of Mabel Tainter’s vast history – including a deep dive into her family and other members that may not have been known to the public. During this search, other bits of history from the theater has emerged and the staff will be releasing that info via their social media, website, and some may even be added to the display in the theater. In fact, Salzwedel found an old article detailing a visit by Hellen Keller and teacher to the Mabel Tainter in 1916.

“It’s a little bit of everything,” Salzwedel said. “It’s more directed to everyone. Our audience has usually been a little bit older, but I feel we’ll connect with some younger people as well and also families.”

To learn more information about these events as well as dates, you can go to mabeltainter.org.