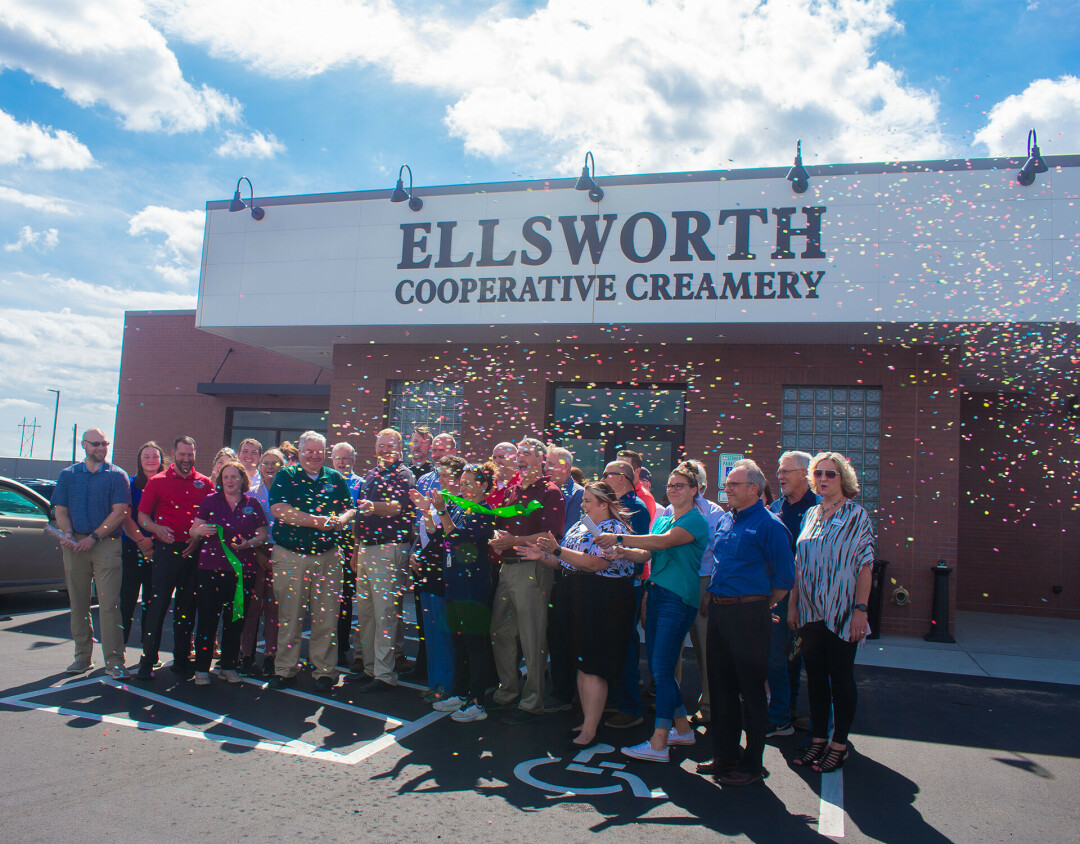 SWEET DREAMS ARE MADE OF BRIE. Menomonie welcomed the new Ellsworth Co-op Creamery store in an official ribbon-cutting ceremony on Thursday, July 14.

Not to be too cheesy, but Ellsworth Co-op Creamery’s Menomonie Grand Opening event on Thursday, July 14, was grate. It was so gouda, it can only get cheddar from here. In fact, if you’re feelin’ blue (cheese), you have to swing into the new shop – it’ll make you brie-lieve in magic. OK, OK, I’m done milkin’ the cheese puns (no, I’m not).

Nestled into a unique space right off of County Road B just outside of Menomonie, the new Ellsworth Creamery location’s weekend of Grand Opening events kicked off just before 4pm with short and sweet remarks from notable Ellsworth Creamery and Menomonie folks, and even the secretary of Wisconsin’s Department of Agriculture.

John Freeman, director of sales and retail stores, began the lineup of speakers, which was held right outside of the shop on the shaded patio. Ellsworth Creamery’s CEO, Paul Bauer, also spoke, followed by Menomonie Mayor Randy Knaack, Secretary of the Wisconsin Economic Development Corporation Missy Hughes, and Randy Romanski, the secretary of Wisconsin’s Department of Agriculture.

Knack welcomed and thanked Ellsworth Creamery not only for the new cheesemaking (and cheese-selling) location but also for bringing more jobs to the community.

“We are known as America’s Dairyland for a reason,” Romanski said. “Agriculture is a $104.8 billion industry, and the dairy industry is about half of that. It’s important to support projects like this.” 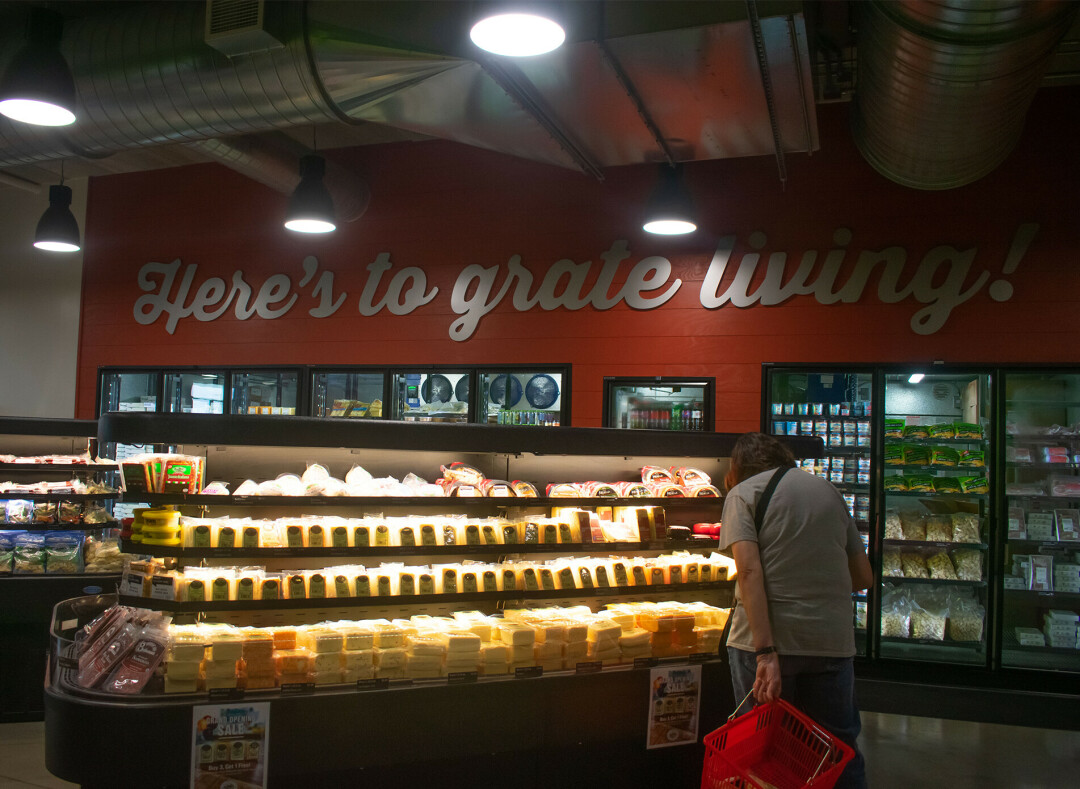 The ribbon-cutting ceremony, presented by the Menomonie Area Chamber of Commerce, invited all who were outside the creamery to join in on the iconic moment, confetti flying as the official cut was made.

People were flitting in and out of the store throughout the initial celebratory events, and after the ribbon cutting, folks were invited to stay throughout the evening for food samples, the chance to win giveaway items such as Milwaukee Brewer’s tickets, in-store specials, and more. The grand opening events weren’t just for Thursday: Festivities extend through the weekend with more specials like food trucks, Bloody Mary drink sampling, and more.

Perhaps the most unique part of the Menomonie location, though, doesn’t lie in the array of Sprecher’s Root Beer, assorted cheeses and crackers, or ice cream flavors available for scoopin’. The new Ellsworth Co-op offers visitors a glimpse right into the cheesemaking process, with windows from the retail store showing the workers and machinery who create the beloved squeaky cheese. At about 60,000 square feet, the facility was made for cheesy greatness. 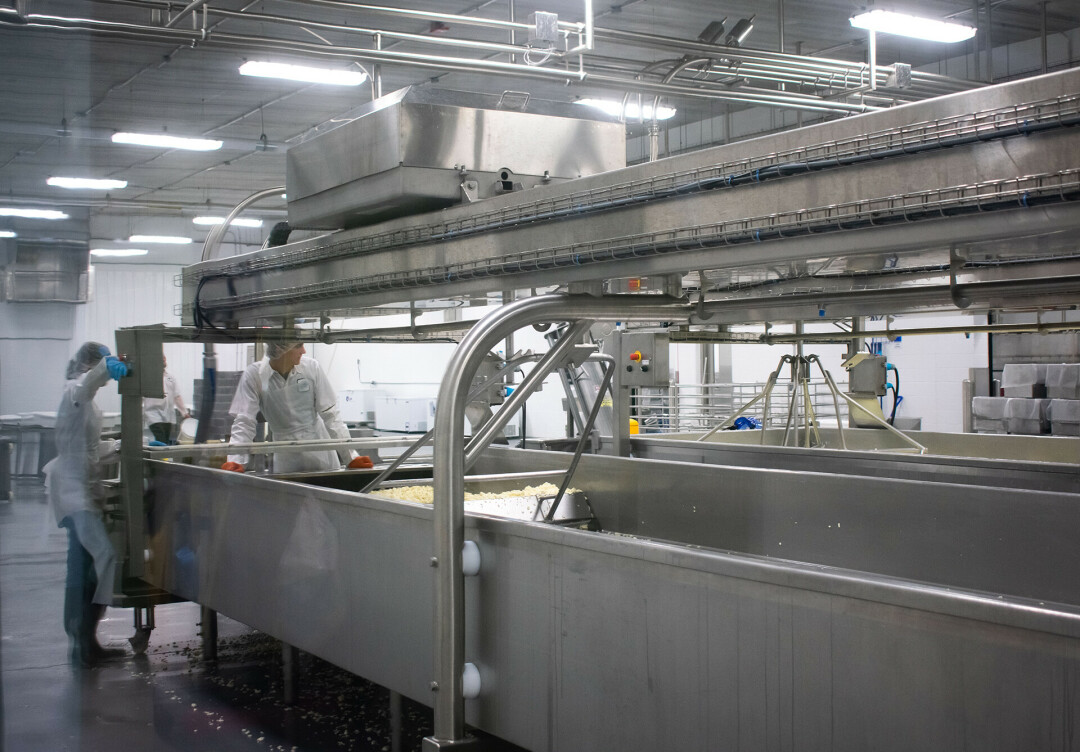 Swing by the new Ellsworth Creamery Co-op location at 3001 County Road B, Menomonie, and visit their Facebook page or website to keep up with them.