Shift Change at the Station: Menomonie Firefighter Promoted to Chief 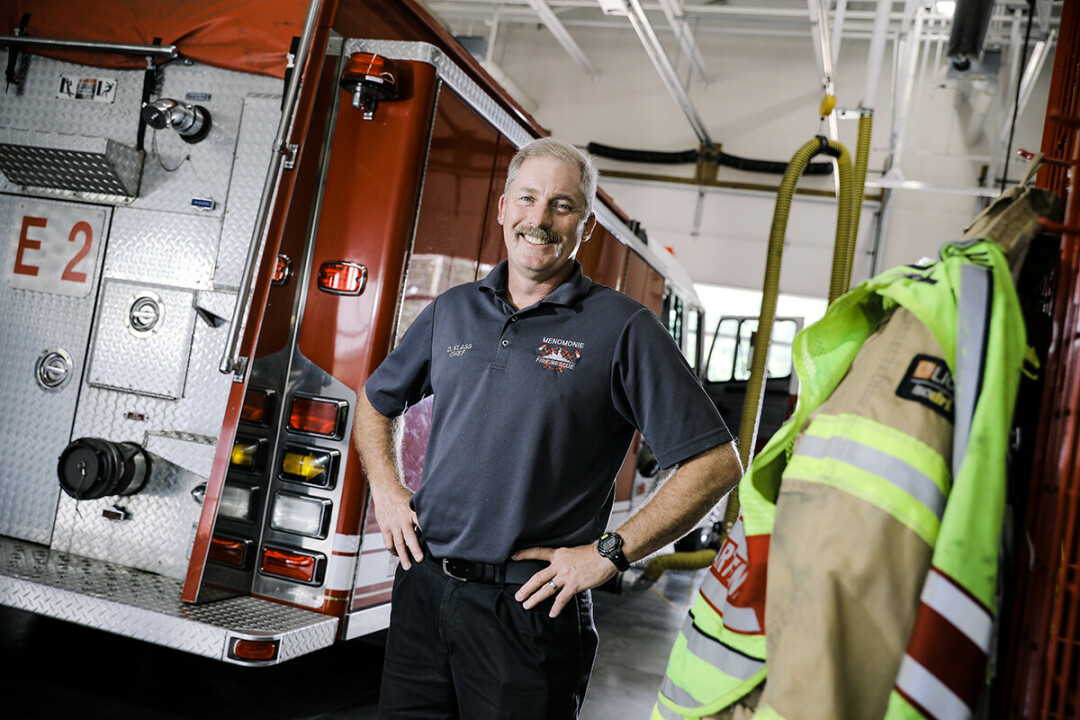 Similar to how the strongest of steel is forged by fire, Denny Klass was forged in fire departments – as he has been around them his entire life.

From exploring them as a kid, to working in one, to being in charge of one, the lifelong firefighter knows a thing or two about fire safety; and his knowledge and years of experience was recently recognized, as this summer, he was promoted to Fire Chief of the Menomonie Fire Department, taking over from previous Fire Chief Jack Baus.

“It probably sounds cliché, but helping people is the most rewarding part,” Klass said. “When it comes right down to it, it doesn’t matter if it’s a career firefighter or a volunteer. (We) get in it to help people.”

"It probably sounds cliché, but helping people is the most rewarding part. When it comes right down to it, it doesn’t matter if it’s a career firefighter or a volunteer. (We) get in it to help people." –Denny Klass, Menomonie Fire Chief

Baus, who has served the Menomonie Fire Department for 15 years, was inspired to become a firefighter by his father – the chief of a volunteer department in Hartford, Wisconsin. Baus moved to Menomonie in 2005 and has been part of the community ever since.

Similarly, Klass’ life in the fire station began early on, when he and his brother would visit their dad at the Cornell Fire Department, where his father has been chief for over 30 years.

“I was around fire stations a lot when I was a kid.” Klass said. “Anytime my dad went down we went down with him. Whether it was running around and climbing on the trucks or helping the guys clean equipment or get things ready, or community service, or whatever it was.”

Now, Klass navigates new challenges as chief: Instead of working 24-hour shifts, he is now working eight-hour shifts and is able to attend more family outings. But the responsibilities look completely different, he said.

“My position as chief is to make sure that our very well-trained and highly motivated firefighters that we have at this department have a living wage, have the equipment they need to do their job, and that they have the freedom to do their job without being hammered by … whatever,” Klass said. “I guess it’s my job to make sure they can do their job.”

In the future, Klass looks forward to getting back into schools and back into public safety education after COVID-19. Meanwhile, the now-former Chief Baus looks forward to spending his days getting things done around his house, hunting, fishing, and spending time with his family – though he will miss the personal interaction he had with the community, as well as with the people who work for the city.