Where's the Best Restaurant in Menom-Nom-Nom? 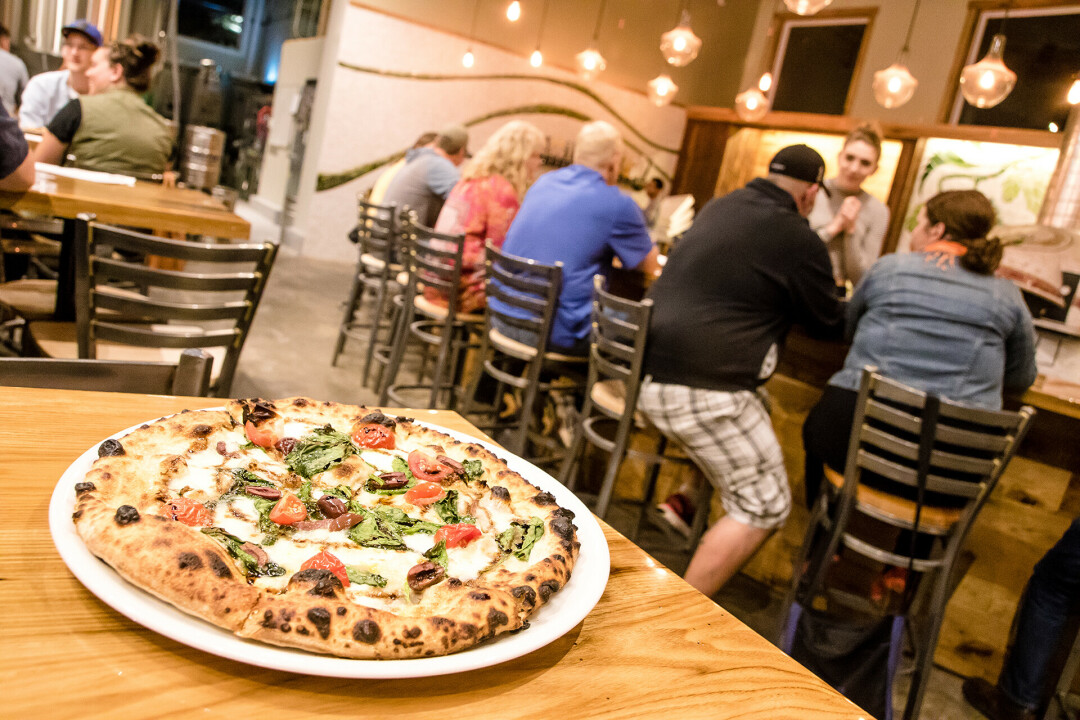 WHAT'S THE BEST RESTAURANT? Well, according to readers, pizza is where it's at, and there's no place for pizza quite like Lucette Woodfire Eatery. Not far behind Lucette was Ted's Pizza Palace.

Menomonie’s bustling food scene will surprise you with its depth of options and richness of flavors. With the help of readers who voted in our most recent Best of the Chippewa Valley poll, we’re compiled a list of some of Menomonie’s best eateries. Not only do they make some of the best beer in the Valley, but Volume One readers picked Lucette Woodfire Eatery (910 Hudson Road) as their favorite place to grub down in Menom. The brewery’s Neapolitan-style pizzas, calzones, and salads are every taste bud’s treat. And you can wash it down with one of the breweries creations (or grab a six-pack or growler of beer to take home). In second place, Jake's Supper Club (E5690 County Road D) is nestled along Tainter Lake, where the kitchen booms with hand-cut steaks, pasta, and prime rib. (Our readers also handed Jake’s the silver medal when asked about the Best Supper Club in the Chippewa Valley.) Celebrating 50 years of serving some of the best slices around, Ted's Pizza Palace  (306 Main St. E) is beloved for its specialty pies crafted with love and the freshest ingredients. Try one of the Greek-inspired pizzas like the gyro meat-loaded Zeus.

The Raw Deal (603 Broadway St. S.) – known for its organic, raw, and vegan eats – placed No. 1 among readers for Best Vegan Menu in the Chippewa Valley as well as took the bronze as the region’s Best Restaurant for Vegetarian Dining. They also serve fresh-roasted, fair-trade coffee. Log Jam Bar & Eatery (709 Broadway St. South, Menomonie) is a cozy downtown destination with a menu full of burgers, sandwiches, and wraps, as well as nearly two-dozen beers on tap. The Waterfront Bar & Grill (512 Crescent St.) offers views of Lake Menomin alongside highly rated bar food, including a range of chicken sandwiches, burgers, and a Friday fish fry.