Making a Difference, One Donut at a Time 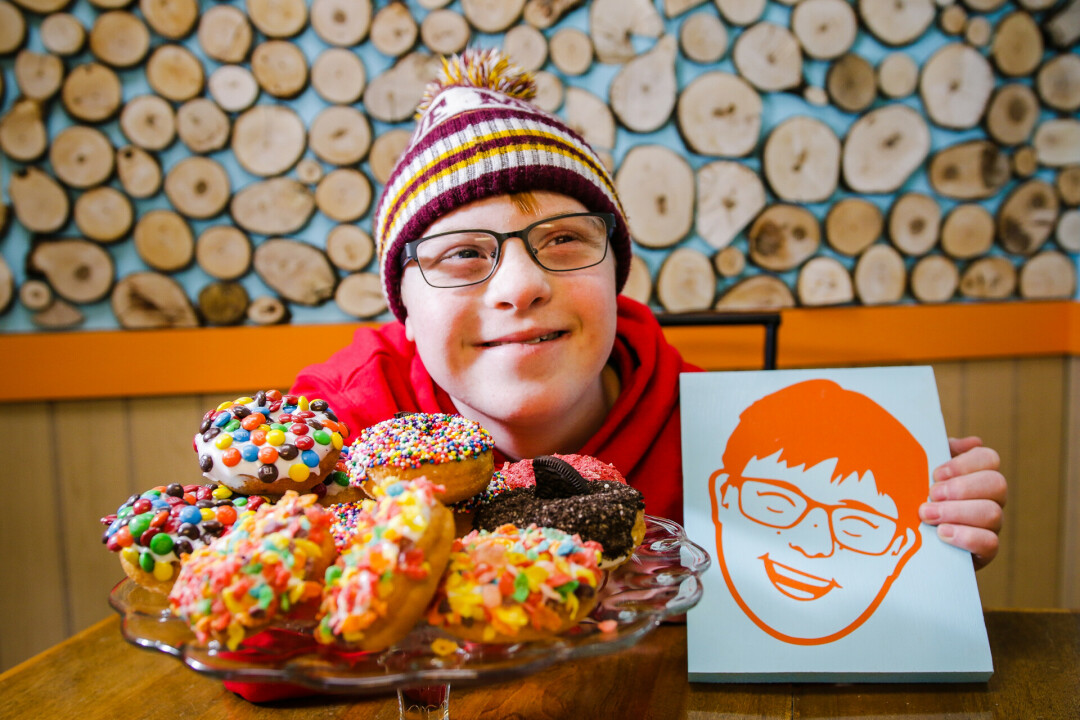 FROM HEART TO TUMMY. Donut Sam's opened last year and aimed to support local folks with differing abilities gain critical employment and job experience. And, nothing says "job well done" like a tasty donut... and an award from Wisconsin Main Street.

Menomonie donut shop Donut Sam’s (521 Second St. East) opened its doors one year ago, and those 365 days were anything but typical for a new business. Owners Michael and Tanya Husby opened the in-house donut brand – which features unique donuts like their s’mores donuts, chocolate chip cookie dough donuts, and Cinnamon Toast Crunch donuts – after being inspired by their 13-year-old son Sam, who has Down syndrome.

Michael Husby said they had a strong business plan prior to opening, but everything changed drastically once the pandemic hit.

“Not having any seating for the first five months was a huge change,” Husby said. “We’d thought we’d be more of a community place, but we became more of a place for takeout and somewhere you order ahead of time. We also never would’ve thought to put our merchandise in gas stations, because that was in the five-year plan, not the five-day plan.”

The business’s dedication to delicious donuts and inclusive employment led to them winning the Best New Business award this spring from Wisconsin Main Street, a statewide community development program.

For more tasty information on Donut Sam’s you can visit them online at donutsams.com.