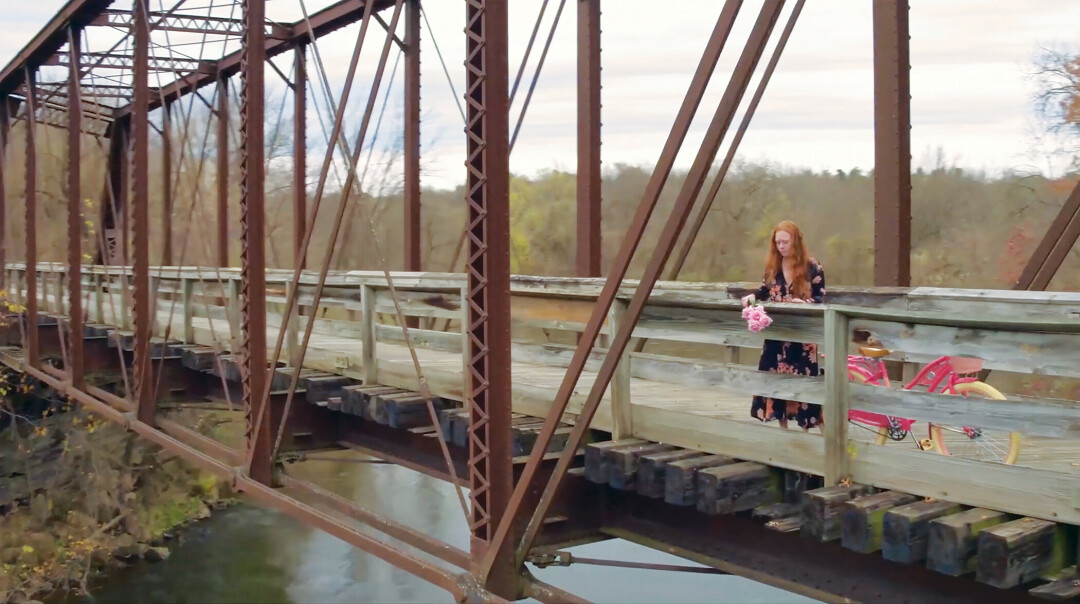 "Oppure," a short film operetta directed by Peter Galante, UW-Stout professor and director of the video production major, is one of 28 films chosen to be part of the Red Cedar Film Festival, which is being held virtually this month. (Submitted photo)

The Red Cedar Film Festival in Menomonie had to cancel last summer because of the coronavirus pandemic.

But film lovers will have a chance to see 28 films during a weeklong virtual festival from Thursday, Jan. 14, to Thursday, Jan. 21. Filmmakers will engage in live question-and-answer sessions and chat about their films. UW-Stout is a sponsor of the film festival.

The cost is $30 for a general film screening pass and $20 for a student pass. Visit redcedarfilm.org to purchase passes and to see a schedule.

“We had the films all ready to go when we realized we couldn’t screen them in person,” said Anna Smith, director of the festival and an outreach program manager with UW-Stout’s Discovery Center. “We wanted to make sure the filmmakers got the recognition they deserve for their work. It is a good value and during that time many people have a long weekend for Martin Luther King Jr. Day.”

A virtual show allows many of the international filmmakers to take part and talk with audience members, Smith said.

Of the 28 films in the virtual festival, five are from UW-Stout students.

One of the films titled Shots was created by Lukas Medin, who was a senior video production major from Woodbury, Minnesota, when he made it in 2019. The film is about a man grieving his sorrows away in a bar, where events take place that reveal his true nature. It won the Best Student Film award.

Medin also has the film Lost in Connection, about a college student who faces the psychological and fantastical consequences of his phone addiction.

Other UW-Stout student films include Hot Diggity by Danielle Pedersen, which won the Best Animated Short award. It tells the story of a dog seeking to avenge his feathery friend by stealing hot dogs from a vendor. Pedersen graduated last May in entertainment design with a concentration in animation.

Pedersen said she created the animated film herself with music by Michael Heagle, assistant professor in entertainment design.

She based the film on bird and dog characters she created when she was 5 years old. “I wanted to do something that called back to my childhood,” Pedersen said, noting she plans to watch many of the films in the festival.

Pedersen said she is thrilled that people will have a chance to see her 1½ minute film and was also pleased it won an award. “I wish it were in person,” she said. “It’s still fun to know the film is going to be seen. I’m happy to see it in the festival. I miss Menomonie so much.”

Pedersen is doing freelance work from her home in Blaine, Minnesota. 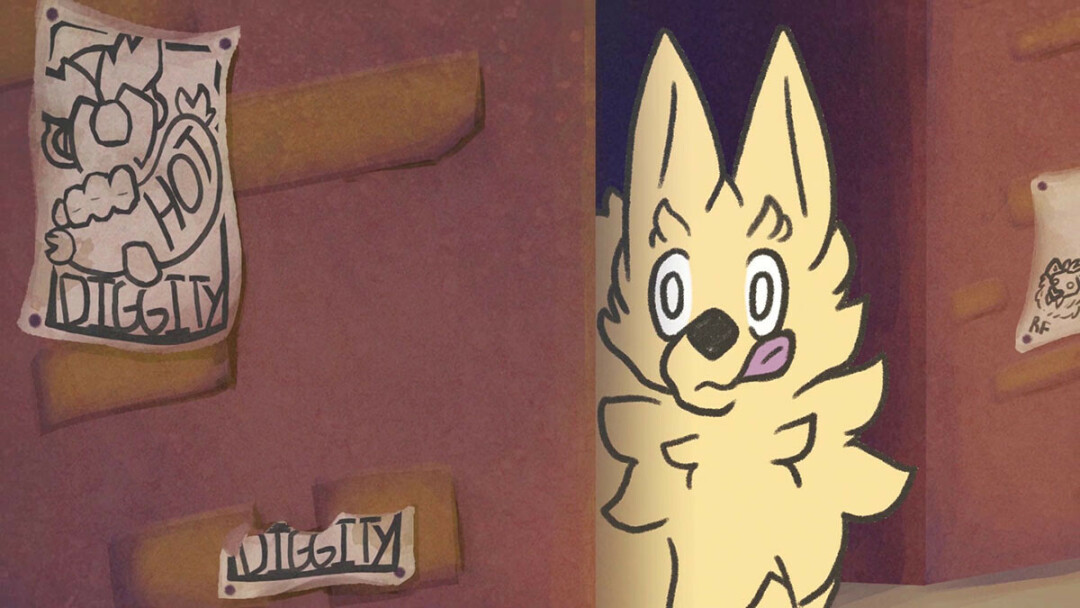 Heagle encouraged his students to submit their films to the festival to gain more exposure. Pedersen’s film has also been a part of the Kids First! Film Festival, a nonprofit organization based in Santa Fe, N.M., whose mission in part is to increase the visibility and availability of quality children’s media and the Minneapolis Electric Theater festival.

UW-Stout student Kate Elwood’s short film titled Party Tonight tells the story of a fun and exciting night out that quickly goes awry when Em realizes her true allies may not be who she expected. Elwood, of Cloquet, Minnesota, is a senior graphic design and interactive media major slated to graduate in May. She included many of her roommates in the film.

Elwood shot the roughly 2½ minute film for her introduction to video production class last year taught by Keif Oss, senior lecturer in video production. Oss encouraged Elwood to enter the silent film in the festival. “It’s exciting,” Elwood said. “I’m proud I could make something worthy of a film festival.”

Elwood started making stop-action Claymation films when she was in elementary school. “Films have been an interest of mine since early in life,” she said. “I took the video production class for fun. Keif was very learned and helpful. I really enjoyed learning from him.”

The class has opened opportunities for her to work in photography and video design, and Elwood is considering returning to school to study photography and films or movies.

She chose UW-Stout for its polytechnic learning style. “I like being able to work and learn by experiencing rather than by being told,” she said. “There are so many opportunities at UW-Stout to get real-world and field experiences.”

Elwood plans to watch the film festival and is excited to have the opportunity to share her film with others. “It is definitely a new experience,” she added.

Junior video production major Simon Anderson’s movie L’Observateur follows a man walking in the woods who finds something very interesting to look at. Anderson, of River Falls, shot the scenes in a day and edited the film on another day. He and a friend wrote the film in one day. Read more about Anderson and the film here. 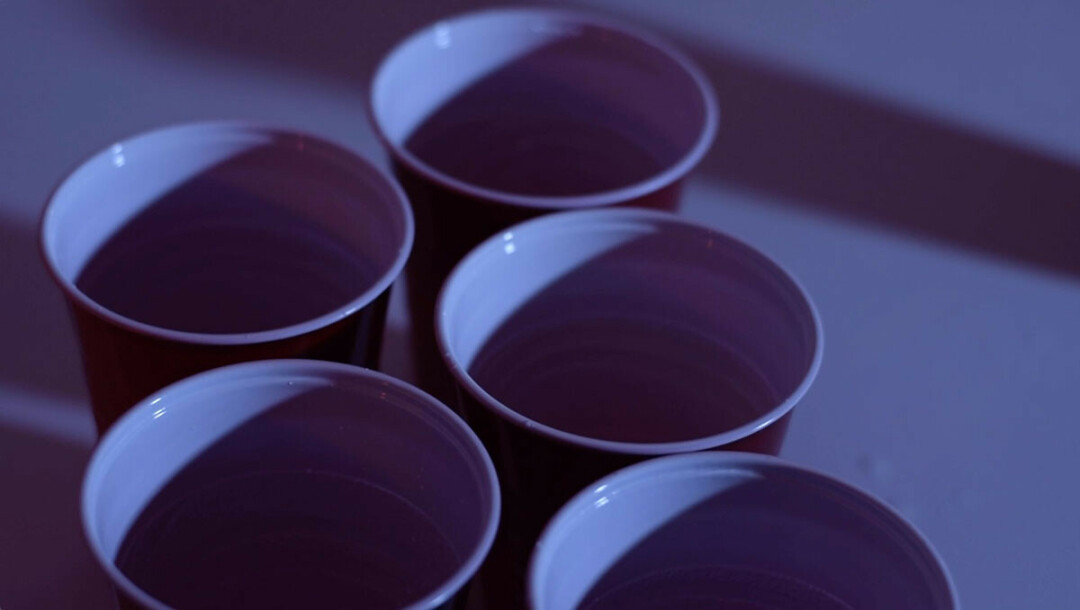 The festival will also include Oppure, a short film operetta directed by Peter Galante, UW-Stout professor and director of the video production major. Oppure, which is Italian meaning “or else,” took the experiential film award at the Solaris Film Festival in Vienna, Austria. Usually the festival is held in Nice, France, but it was moved because of COVID-19 and held Sept. 15-18.

Oppure is 20 minutes with only singing, no spoken word. The operetta follows women as they deal with their experiences. The self-funded film mostly was shot in the Menomonie area, including the historic Mabel Tainter Center for the Arts and the Red Cedar Trail. Oss edited and was a cinematographer for the film, along with Ed Jakober, senior media specialist at UW-Stout. Read more about the film here.

Galante started the festival with the goal that it would continue to grow and be an economic benefit to the Menomonie area and downtown businesses as well as provide a venue for filmmakers and UW-Stout students to share their films.

The video production major started in the fall of 2019, the university’s 50th undergraduate program with more than 60 students enrolled. Video production is attractive as a career path because of the growth of video in society in the past two decades.

To learn more about the Red Cedar Film Festival and to purchase passes, visit redcedarfilm.org.