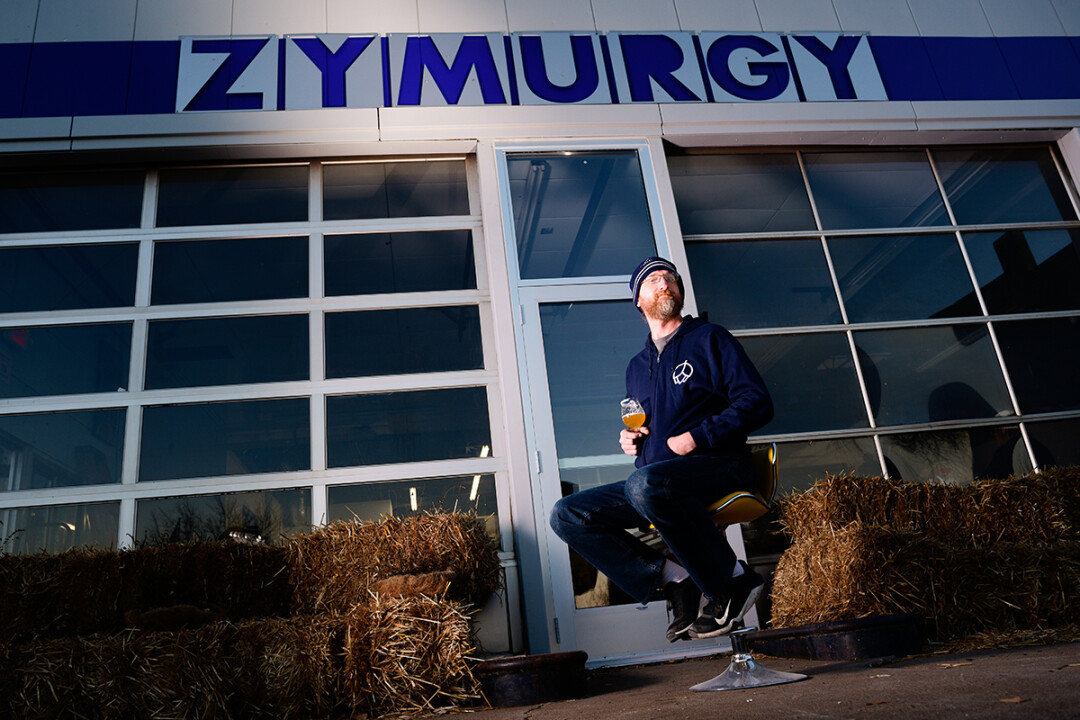 Zymurgy owner and brewer Jon Christiansen outside the brewery, a former auto body shop, in Menomonie.

Since opening in 2018, Menomonie’s Zymurgy Brewing Co. has attracted tastebuds with a creative lineup of beers ranging from English ales to Russian imperial stouts. Now, it has also attracted statewide attention for its creativity remodeled space.

This summer, Zymurgy won the Best Adaptive Reuse Project Award from the Wisconsin Main Street Awards, which are given out annually by the Wisconsin Economic Development Corp. to recognize the state’s best downtown revitalization projects.

Most recently, an outdoor patio was completed this summer, allowing patrons to enjoy the latest microbrews in a relaxed outdoor setting. Because of the coronavirus, no Wisconsin Main Street Awards ceremony was held this year, so Zymurgy received its award in person recently from Downtown Menomonie Executive Director Dustyn Dubuque and Board of Directors President Jeff Frawley.

Learn more about Zymurgy at zymurgybrew.com.