Three Things That Are Uniquely Menomonie 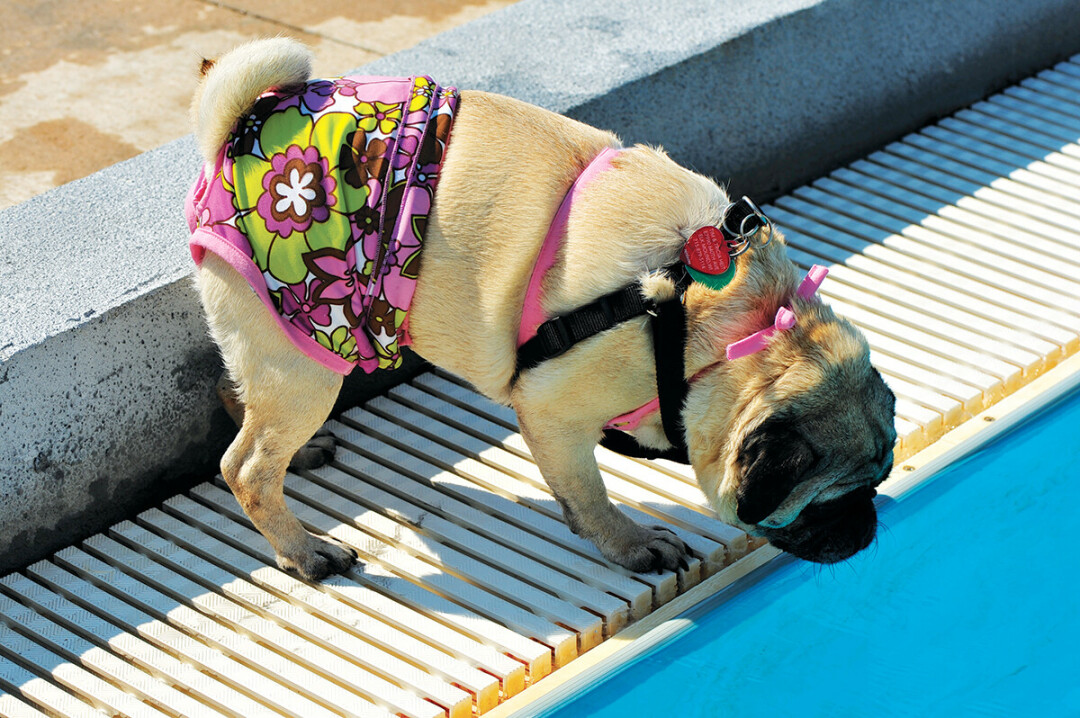 IT'S A PUG, NOT A PANTHER. The Wakanda Water Park on "Doggie Swim Day." (Photo by Timothy Mather)

Wakanda has existed in the imaginations of comic book fans since the 1960s, then sprang into the broader public consciousness worldwide two years ago with the release of the blockbuster superhero film Black Panther. In fiction, Wakada is a secretive, technologically advanced East African kingdom whose king becomes a super hero, the Black Panther, portrayed on screen by Chadwick Boseman.

You will, however, find Wakanda thousands of miles away on the shores of Lake Menomin.

The success of the film and the popularity of the character led fans around the world to search for the “real” Wakanda. Spoiler alert: You won’t find it on any map of Africa. You will, however, find Wakanda thousands of miles away on the shores of Lake Menomin in Menomonie, Wisconsin. In this case, Wakanda Park is scenic spot featuring everything you could hope for: park shelters, playground equipment, baseball diamonds, horseshoe pits, a disc golf course, and a lakeside beach. While you’ll find no vibranium mines or heart-shaped herbs that will give you mystical powers, there’s undoubtedly a good picnic spot or two. Nearby, you’ll also find the Wakanda Water Park and Wakanda Elementary School.

So where did the park’s name come from? In the language of the Dakota, one of the Native American peoples who called the Menomonie area home, “Wakanda” is “the omnipresent, invisible life force” – making it a word with spiritual significance. You’ll find similar place names (spelled “Wakonda” or “Wauconda”) in Illinois, Oregon, Washington, South Dakota, and Missouri. 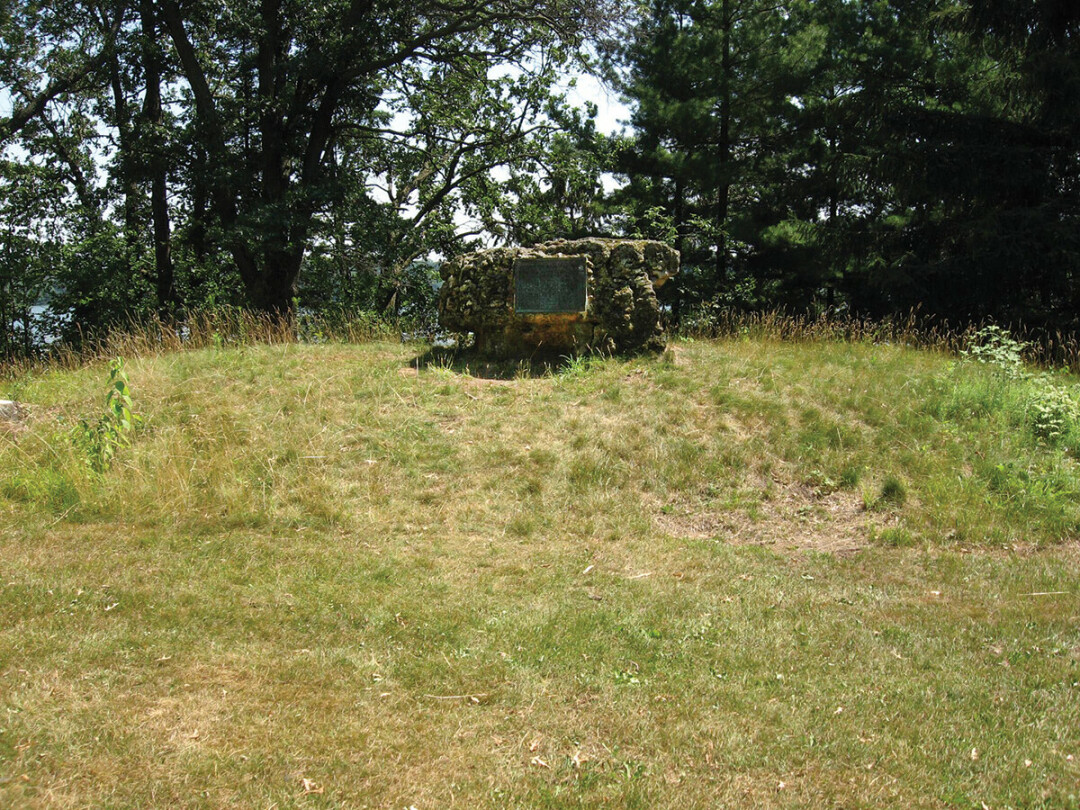 One of the remaining effigy mounds at Wakanda Park. (Jacob Cimino/CC BY 2.0)

At the south end of the park you’ll find three conical effigy mounds, which may have been built roughly 1,000 years ago in what is known as the Late Woodland Period. The park once contained 17 other mounds, but those are now underwater (a dam built in the 1950s raised Lake Menomon’s water level). According to the 2000 book Indian Mounds of Wisconsin, 14 of these mounds were excavated before they were inundated by water, and they were found to contain stone “altars” as well as burials, including “an individual who had been cremated while wearing a clay face covering or mask” – something that’s been documented in only two other places in Wisconsin. These mounds were dated to between the years 1000 and 1400. 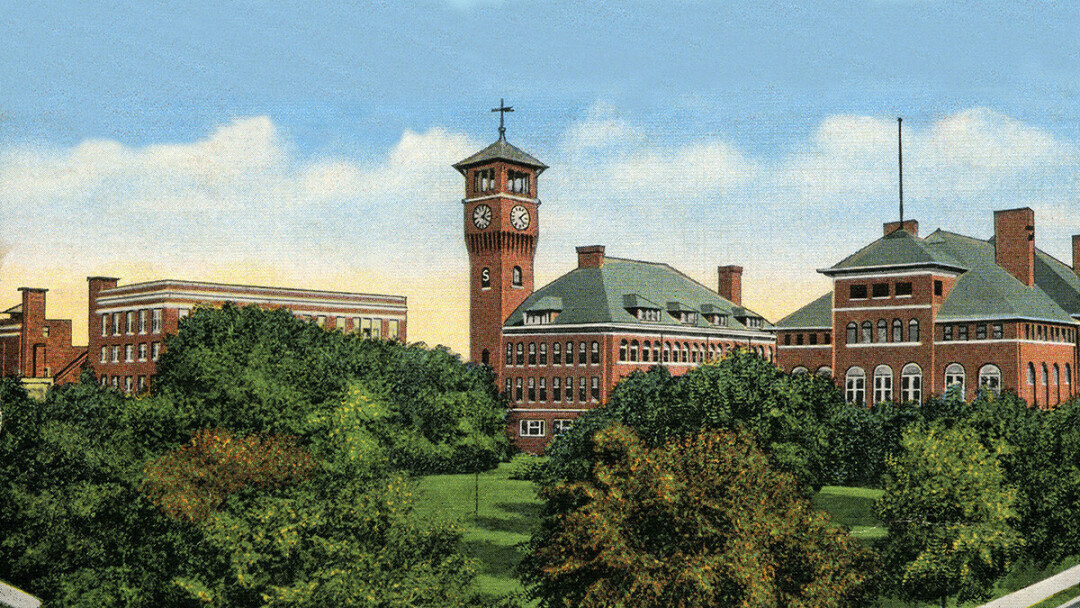 A UNIVERSITY NAMED AFTER A PERSON

Menomonie’s UW-Stout has the distinction of being the only university in the UW System to be named after a person. (The rest – like UW-Eau Claire – have geographic names.) UW-Stout has its unique name for good reason: It traces its roots to James Huff Stout, a lumberman and politician who founded the Stout Manual Training School as a vocational institution in 1891. Later, Stout opened training schools kindergarten teachers, manual training teachers, domestic science teachers, homemaker’s, and others. These were merged into the Stout Institute in 1908, which was transferred to the state of Wisconsin when Stout died in 1911. Over time, the Institute evolved into today’s UW-Stout.

The university is unique for more reasons than just its name: It prides itself as being “Wisconsin’s Polytechnic University” – its the only school designated as such by the UW System Board of Regents – because of its emphasis on applied learning and its career focus. In 2001, UW-Stout became the first higher educational institution in the nation to be awarded the prestigious Malcolm Baldridge National Quality Award, which is given to a handful of businesses, nonprofits, and other institutions annually by the U.S. Department of Commerce to honor outstanding organizational performance.

UW-Stout, which has an enrollment of about 8,400 students, currently offers 49 undergraduate degrees, 22 graduate degrees, and three advanced degrees. Popular majors include business administration, mechanical engineering, and computer science, and the university is also known for its programs in game design, packaging, and golf enterprise management. Whatever their major, 98.8% of UW-Stout graduates are either employed or continuing their education within six months of graduation! 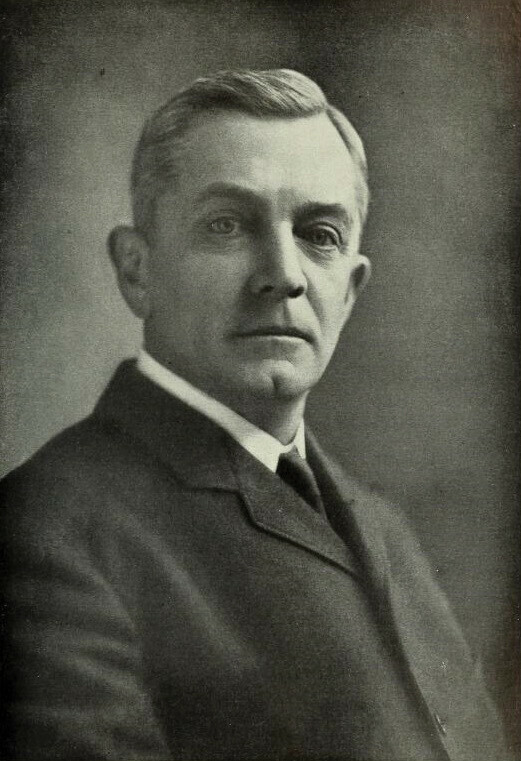 James Huff Stout, founder and namesake of what is now UW-Stout.
share
comments 0