Bugher, nephew of current president Dick Leinenkugel, will use marketing and sales background in new role 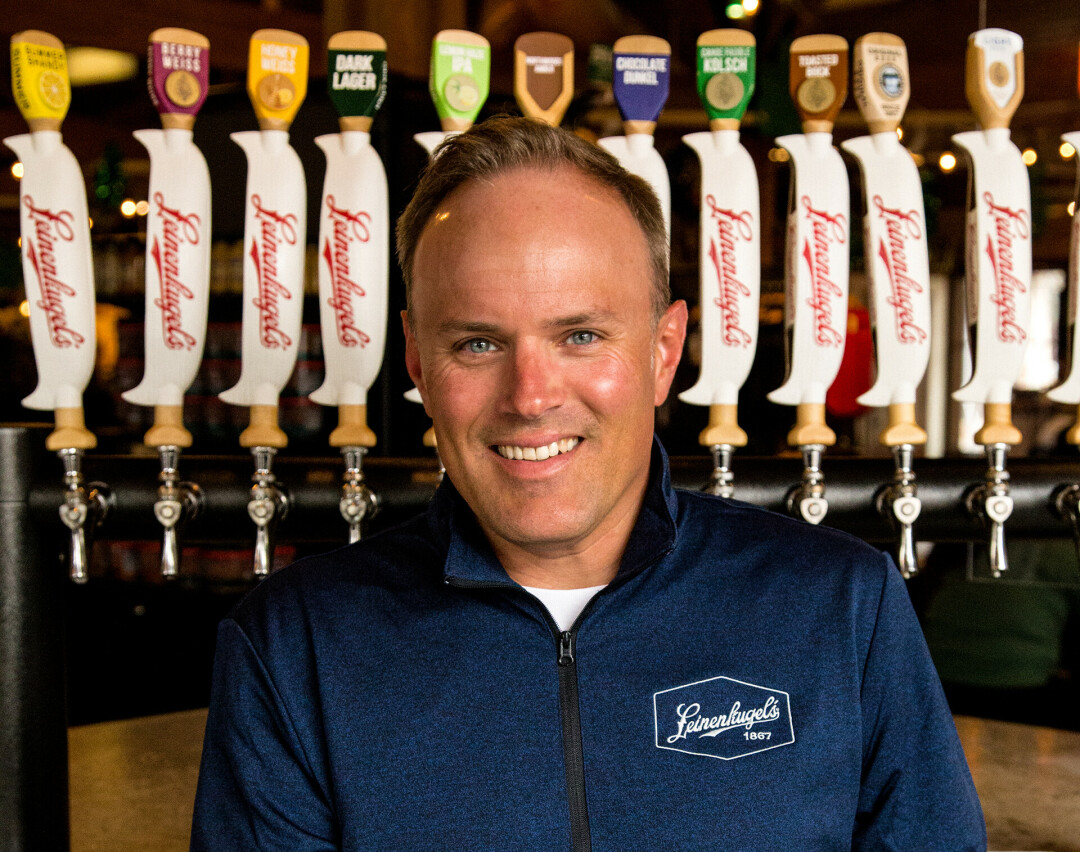 A FRESH FACE. Tony Bugher has extensive experience inside and outside of the beer industry, beginning his career with telecommunication company TDS Telecom prior to joining the family business. (Submitted photo)

The Jacob Leinenkugel Brewing Company is the oldest business in Chippewa Falls, and the seventh-oldest brewery in the United States, having opened its doors in 1867. Nestled within those 155 years of history is a young Leinenkugel descendent who at one time was getting into trouble with his cousins in the brewery, and in six months will become the face of the internationally known business.

Tony Bugher, the nephew of current Leinenkugel’s president Dick Leinenkugel, is slated to take over his uncle’s position at the beginning of 2023. After a decade-long stint, Dick feels Bugher is ready to take on the role after years of experience inside and outside of the beer industry.

“I’m very humbled and honored to be continuing the legacy and tradition of family ownership and leadership at Leinenkugel’s,” Bugher said. “It’s a massive honor and I’m very appreciative of the opportunity to be in this position. I’m also thrilled to have other family members around me who will help support me and what we aim to do. I can always trust them and be able to lean on them and their ideas.”

“It’s a massive honor, and I’m very appreciative of the opportunity to be in this position.” –Tony Bugher, incoming Leinenkugel Brewing Co. president

Ever since his formative years of racing through the Leinenkugel’s brewery’s halls, Tony has had a passion for joining the family business, but he chose to forge his own path after graduating from college. He worked for a telecommunications company, TDS Telecom, for more than 10 years, refining his sales, operations, and marketing skills until 2013. That year he joined the Molson Coors-owned Leinenkugel’s team as its craft and import development manager for two years, before moving on to roles with more responsibility for the next six years.

Just before the onset of the pandemic in 2020, Dick and Tony began having discussions about Bugher taking over as president in a few years, an idea that made it clear that Tony’s long-term future was at the business his family founded. Currently, he works as part of Leinenkugel’s brand marketing team, primarily leading the 155th-anniversary appreciation tour with Dick across the country. 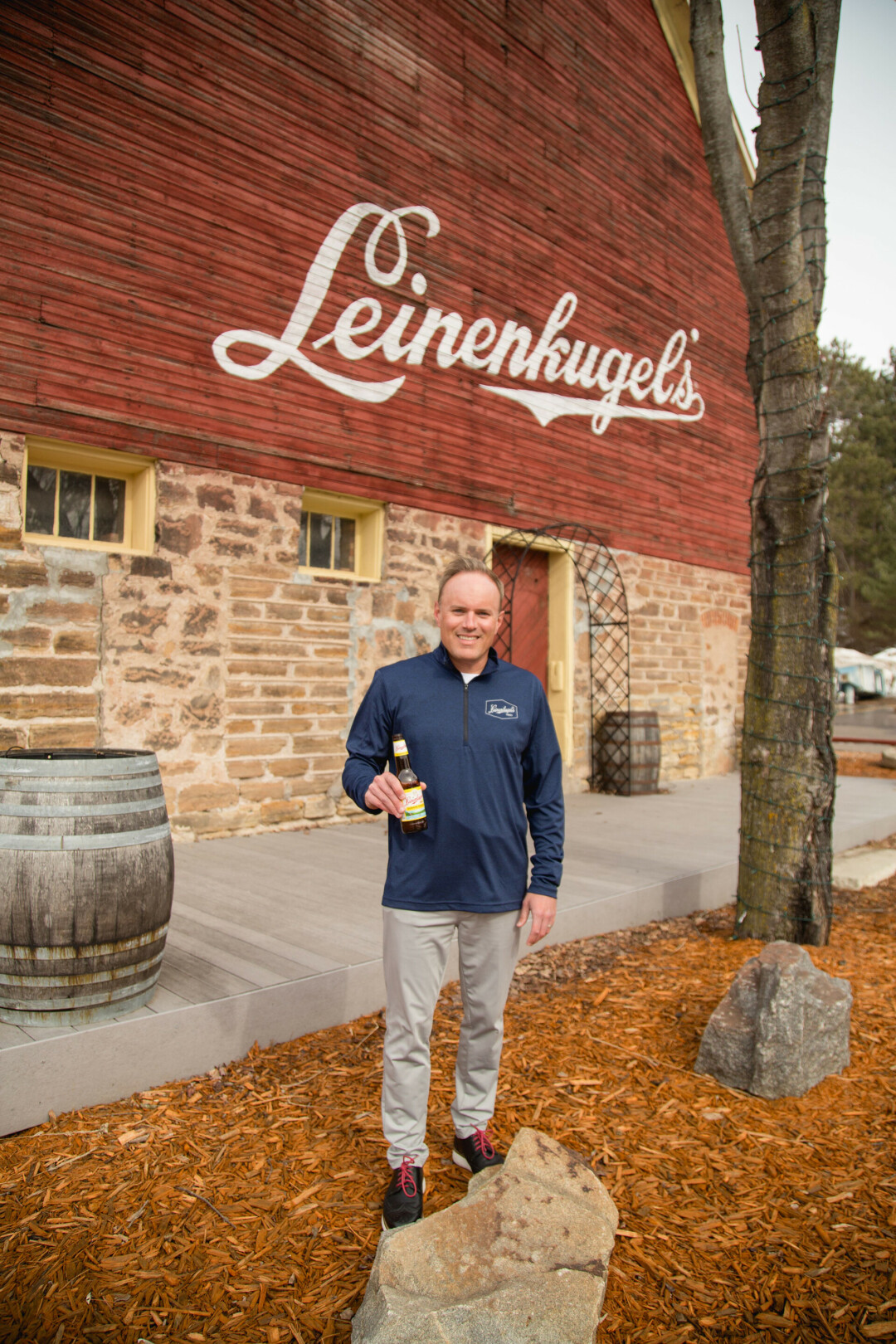 In addition to leading the appreciation tour, Tony oversees the new Leinie Lodge pilot brewery in Chippewa Falls, an experimentation and testing grounds for the company’s latest brews.

“Innovation is something that is in our DNA,” Bugher said. “We’re a company that is rooted in innovation, so that means brewing new styles and coming up with new recipes. This new brewery, despite the fact that it’s a lot smaller than the big brewery across the bridge, we believe is going to deliver the next big thing that comes from Leinenkugel’s. It allows us to be more nimble, it allows us to be more flexible, we can make beer quicker here, so it’s a big deal and a big moment for us here at this brewery.” 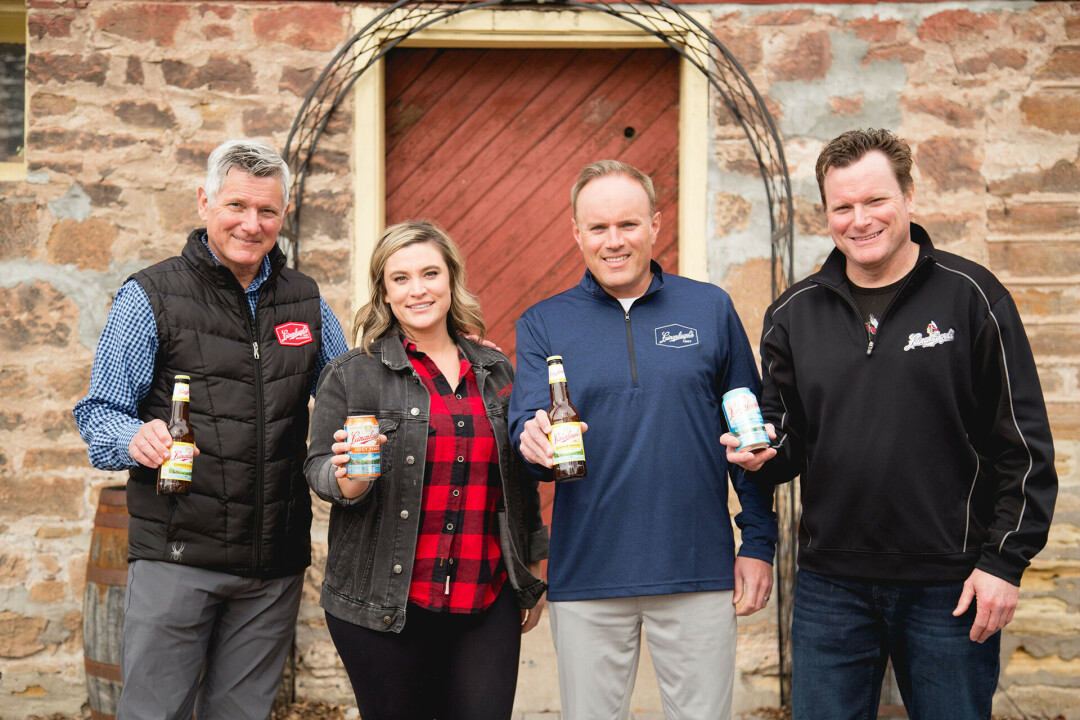 While Tony’s rise within the Leinenkugel’s ranks has been a quick one, he knows that it takes more than just a capable president to make a company successful. He said having family values instilled from the start of the company, in particular by his grandfather Bill Leinenkugel, has been the key to the company’s success in addition to the fantastic distributors, retailers, and employees who have worked with the Chippewa Valley brand for over a century.

“He was such a pillar of our family, and such a great role model and leader,” Bugher said. “I learned from him the value of family and the importance of keeping family within this business. We’ve all held onto that really closely, and that’s a value I’ll continue to hold dear throughout my time with this company going forward.”

Tony Bugher will take over as president of Leinenkugel’s on Jan. 1, 2023.

You can find information on all of Leinenkugel’s tasty offerings at leinie.com.