temporary locations will be open for the coming year as construction continues on new E.C. museum 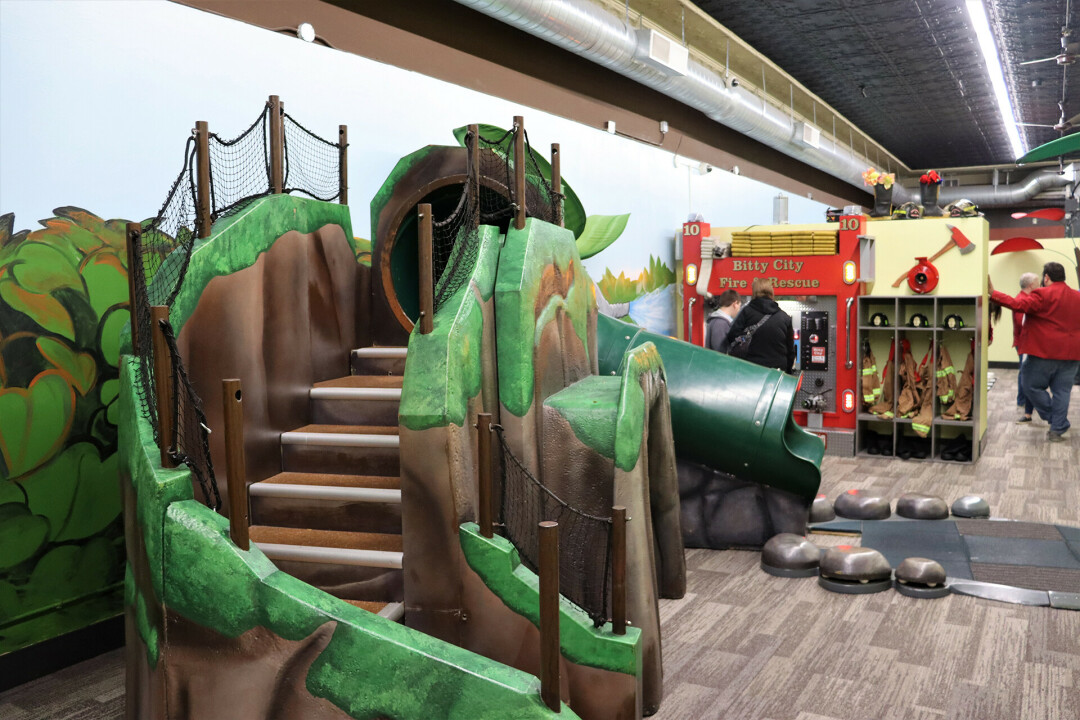 A PLACE TO PLAY. Word of the temporary Play Space in Eau Claire hadn't fully reached neighboring communities this year, so two new Play Space were created in Chippewa Falls and Menomonie to give kiddos in those cities close-to-home options.

Children around the Chippewa Valley have a few new spots to get their feet – and their brains – moving.

The Children’s Museum of Eau Claire is currently building a new home in Eau Claire, and since late 2020 it’s been operating a pop-up location at 40 S. Barstow St. while it waits for its new facility on North Barstow Street to be finished. (That’s expected to be by this December.) However, the news of this temporary location hasn’t completely reached families who often visited the museum from a few neighboring cities.

Now the museum is offering a fix for that problem: Temporary “Play Spaces” in both Menomonie (503 Broadway St.) and Chippewa Falls (312 N. Bridge St.) are either open or poised to open to give children safe places to play. The Menomonie location just opened in the past few weeks and the Chippewa Falls location will be open within the next month as construction on other parts of the building nears completion.

“We wanted to make sure we could reach more people,” said Mandy Runge, chief operating officer at the Children’s Museum of Eau Claire. “We’ve had a hard time reaching people outside of Eau Claire to let them know we still have a temporary space open. We want to bring these resources closer to people and give kids the opportunity to get out and play again.” 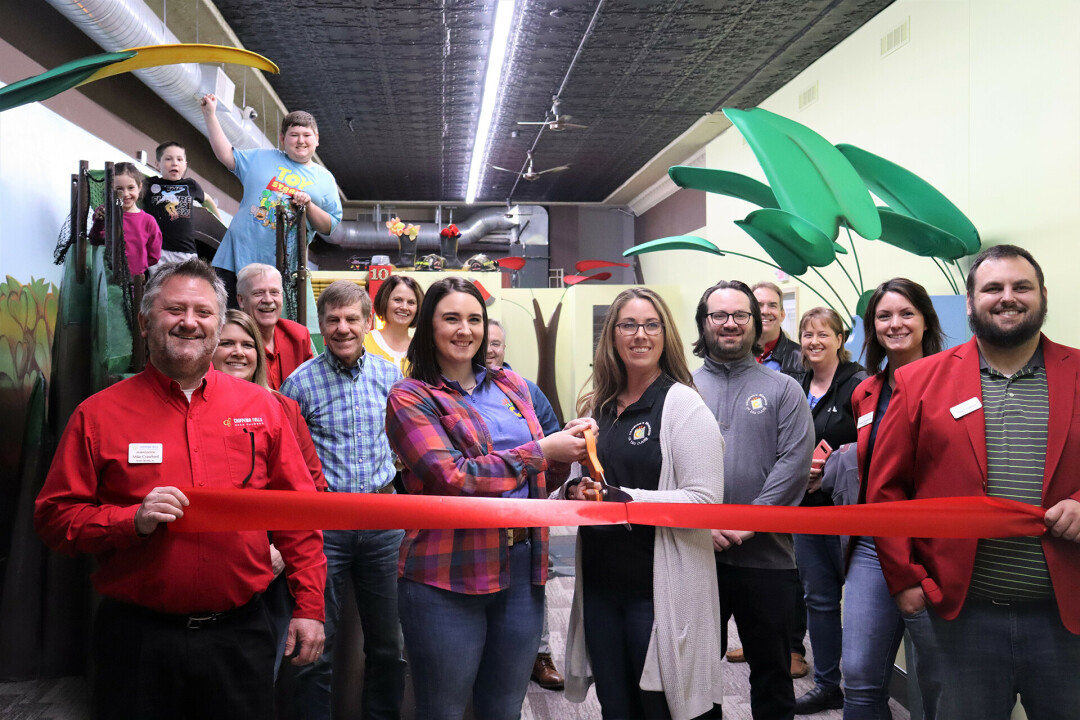 The Play Spaces at both locations offer daily STEAM-related activities and will be available for private rentals for birthday parties and other gatherings. Admission is $5 per guest for everyone age 1 and up. Funding for the Play Spaces was made possible through a grant provided by the Institute of Museum and Library Services that will allow the locations to remain open for the coming year.

The opening of the Chippewa Falls location has been delayed multiple times, which Executive Director Michael McHorney said was somewhat ironic.

“It’s funny that we have the ribbon cutting here (Chippewa Falls) before opening, but in Menomonie we’ve opened and the ribbon cutting isn’t even scheduled yet,” McHorney during the location’s pre-opening celebration on Friday, March 18. “We’re really excited, and we’ve talked about whether we should do the ribbon cutting or not, and we decided to just do it. This is exciting and we want people in the building. We’re ready to celebrate and get things happening.”