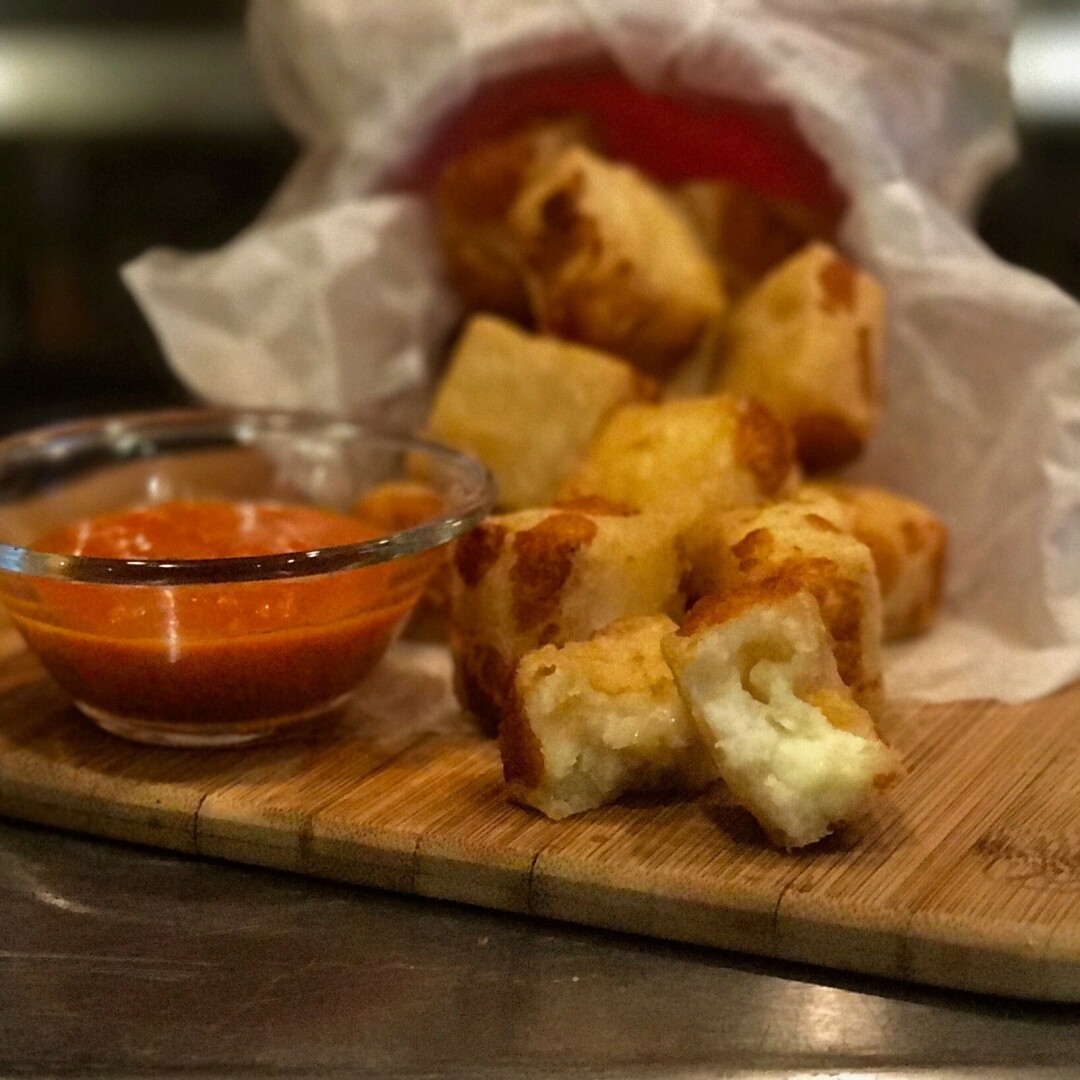 THE SQUARE ONES: A unique aspect of Water's Edge Cheese Curds' product is they offer curds in squares, rather than the traditional circular or oval forms. (Submitted photo)

Things just got a little cheesier in the Chippewa Valley. Earlier this month, Water’s Edge Cheese Curds made their official debut in Chippewa Falls. The wholesale cheese curd producer started in a small building in Jim Falls, Wisconsin. Beginning with a secret recipe in the kitchen of a Northwoods Wisconsin supper club, it has grown into one of the nation’s best-selling cheese curd products. Through practice and much trial and error, the owners of the supper club discovered what they believed to be the perfect cheese curd. When they decided to retire, entrepreneurs Rick and Sara Drolet and Al Grube took the secret recipe and the cheese curd product to the next level.

“Being able to expand to Chippewa County, especially downtown Chippewa Falls, has increased our visibility to the community,” said Luke Grube, general manager of the Chippewa Falls location. “We have people coming in four or five times a week asking when we will sell them a bag of cheese curds – time will tell.”

Today, the company produces frozen, ready-to-fry beer-battered cheese curds. But they aren’t just any cheese curds – they make the unique “square ones,” utilizing a cube of fresh Wisconsin cheddar and covering it with a secret beer batter crust, made with Leinenkugel’s beer. Light, crispy, and fresh, Water’s Edge Cheese Curds are rapidly becoming a national sensation in bars, pubs, and restaurants. In 2018, Water’s Edge was named the Best Cheese Curd in Wisconsin by Eat Street, and in 2019, it was chosen as Minnesota Cheese Curd of the Year by Minnesota Monthly Magazine. As the fried treat continues to increase in popularity, the product has been introduced in other states throughout the country as a “mini grilled cheese.” This growth has positioned the company for expansion into a remodeled industrial building in downtown Chippewa Falls.

Water’s Edge Cheese Curds is currently partnering with local food distributors and is offering its curds on a wholesale basis only, but Grube said the incorporation of retail is “inevitable.” If the company continues to produce at the current rate, it estimates it will need more production space in two to five years.