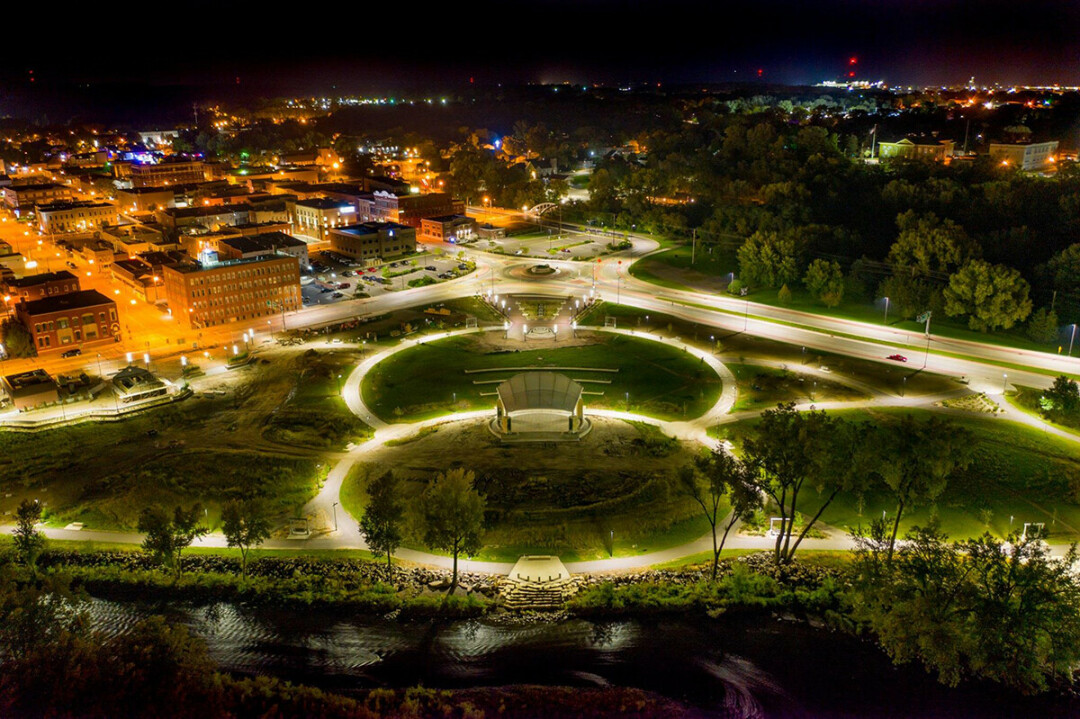 The park, located along the Chippewa River and Duncan Creek at the entrance to Chippewa Falls’ historic downtown, is the result of years of effort and $15 million in public and private investment. While it was the site of fur trading and lumbering in Chippewa Falls’ early years, the area that is now the park was largely neglected for decades, in part because it flooded frequently.

The creation of Riverfront Park in recent years was the culmination of a multistep process that began with the construction of a new hotel, an office building, and a new chamber of commerce nearby. According to Wisconsin Main Street, “The next step was to integrate environmentally-friendly parking and transportation routes into the floodplain areas. The final phase required input from the entire community to make the park as active as possible, with fountains, an amphitheater, pavilions, trails, fishing piers, and more.”

The finishing touches were put on the park in 2019, just in time for the city’s 150th birthday. Wisconsin Main Street noted that the park project was part of an overall effort that has driven the value of the downtown Business Improvement District up by more than $26 million. “Today, as you crest the bridge,” they wrote, “it is no longer an eyesore, but a grand entrance to this great historic downtown.”