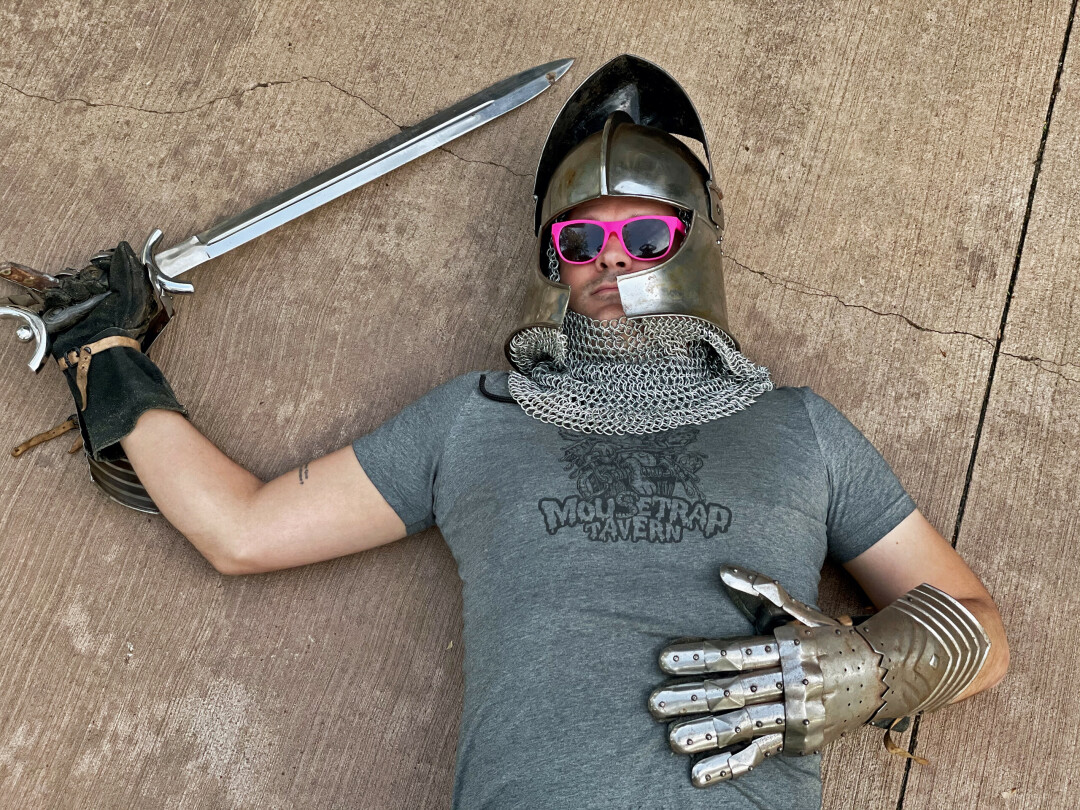 RATTLE YOUR BONES AND GRIND YOUR TEETH. Eric Rykal, pictured above, is the mastermind behind Wielderfight, a Chippewa Falls-based band whose newest album, Boneshaker, drops on June 2. (Submitted photo)

Ever wonder what it sounds like to be at a raucous party inside a sinking submarine?

That’s the vibe turned up to 11 on the new album, Boneshaker, from Chippewa Falls-based band, Wielderfight, which drops on June 2.

Wielderfight is the brainchild of Eric Rykal, the latest incarnation of a sound that the frontman has spent the better part of two decades perfecting with nearly a half dozen Chippewa Valley bands. At its core: Wielderfight is loud. Wielderfight is fun. Wielderfight is intense. Their music is – as the band’s website proudly proclaims – “loud songs about death.”

There's such a theatrical element to the music and lyrics.

You can't sing about this stuff seriously, or it's just, like, a real downer. 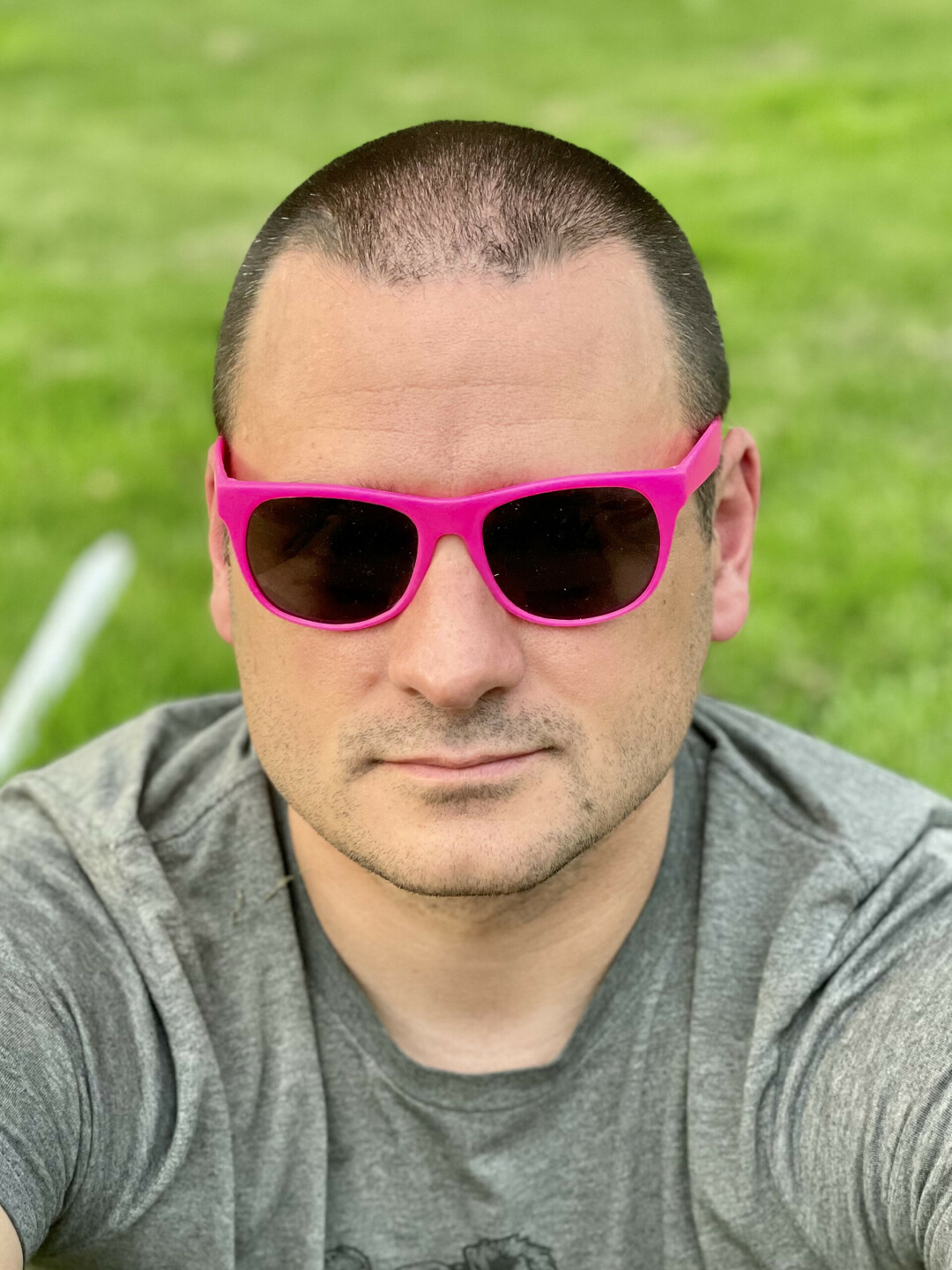 Eric Rykal was a massive part of Amble Down Records – a label formed by Kyle Frenette (who also happens to manage little-known indie act, Bon Iver) that helped foster some of the most interesting musical acts in the Chippewa Valley during the mid-2000s. In their heyday, Amble Down put out loud, fun records that always carried a lyrical punch. Rykal was right at the center of that nonsense, from recording pop-rock bands like Meridene to putting out three albums of his whiskey-soaked, Tom Waits-inspired rock under the moniker of The Gentle Guest.

While they all had their own sound, they did share one big aesthetic choice: Amble Down bands weren’t afraid to have fun and take chances on stage.

Rykal played a character – a combination of a frontman and carnival barker who was there to entertain. That attitude has served Rykal well throughout his musical career, allowing him to be honest as a songwriter, exploring mortality and the human condition, but never treading into the cringey, too-earnest navel-gazing that can come from writing those kinds of lyrics. Instead, he decided to just write good music.

“I’ve seen songwriters like that at coffee shops, and it feels uncomfortable for them and the listener,” Rykal said. “Whoever the front man of the Gentle Guest was – wasn’t me. Anyone who has ever met me knows that that was a totally different person. There’s such a theatrical element to the music and lyrics. You can’t sing about this stuff seriously, or it’s just, like, a real downer.” 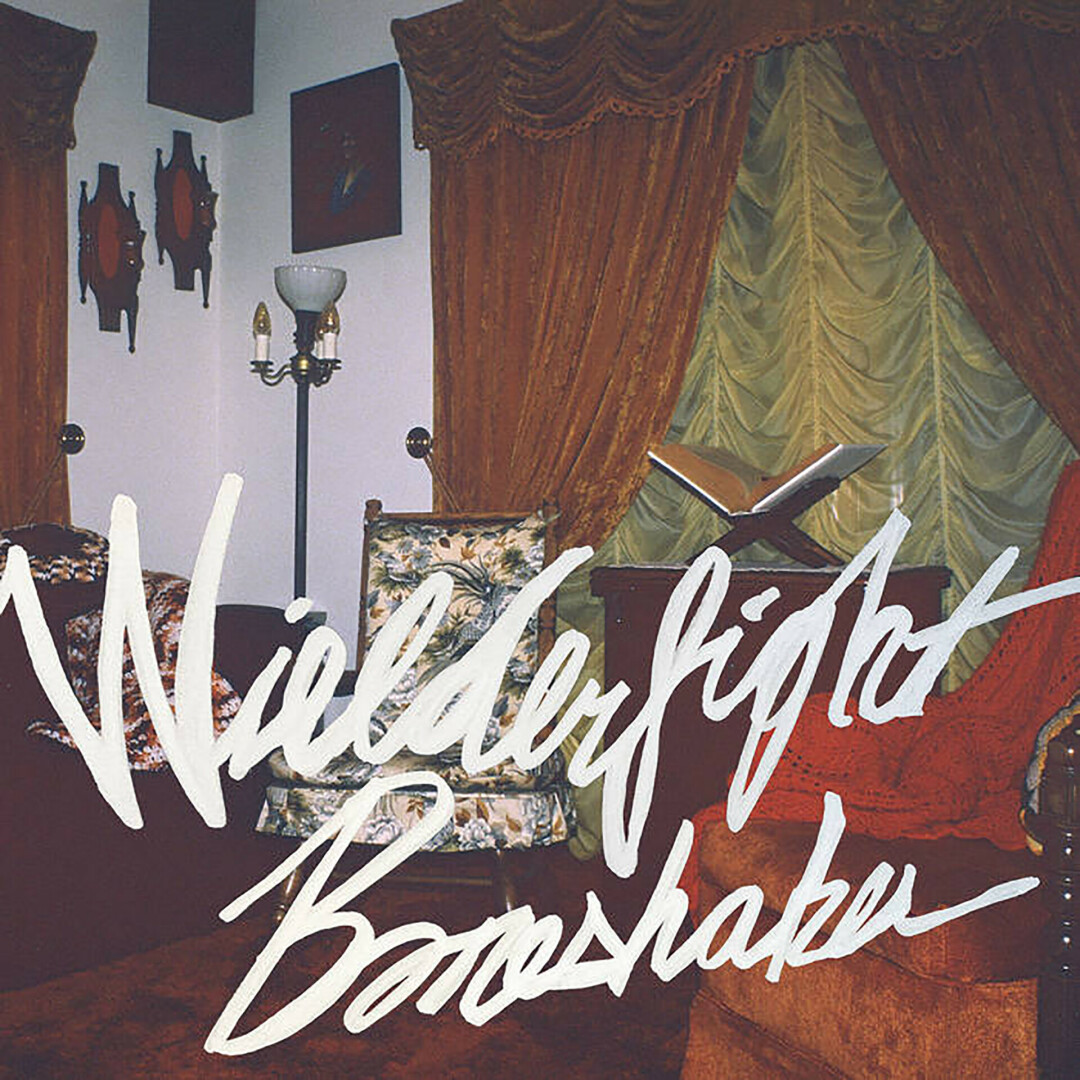 And if there’s one thing Wielderfight isn’t, it’s a downer. Boneshaker is the next step in Rykal’s evolution as a songwriter – a total gut check of an album, with blasting guitars, heavy riffs, and booming drums. From the absolutely brutal opener, “The Best Party on Earth,” this album feels like a release – for the listener, for the band, and for Rykal himself.

As with so many projects coming in the next few years, Wielderfight started in response to the boredom and anxiety that permeated the COVID-19 lockdown. At first, it was just an excuse to record some songs, though Rykal said the band quickly grew into something bigger.

“It didn’t initially start as a live band,” Rykal said. “It was like, ‘I’m bored, and I’m staying in my house for a year, and I got tired of not making music with other people.’ I just started writing stupid little blues songs, and it grew into this. I never meant it to be a band.”

Rykal may not have intended for Wielderfight to be a live band, but it wasn’t long before it happened. After listening, it’s easy to see why. These are songs meant to be played live and loud. Partnering with local bass legend Eric Thompson and long-time musical collaborator Zach Hanson, Wielderfight is currently scheduled to play their first show at Volume One’s Sounds Like Summer Concert Series in Phoenix Park on Thursday, June 17. Rain or shine, sinking submarine or not, we can’t wait for the party.

The new album drops on June 2. You can check out Boneshaker, as well as Rykal’s other music, at wielderfight.bandcamp.com.