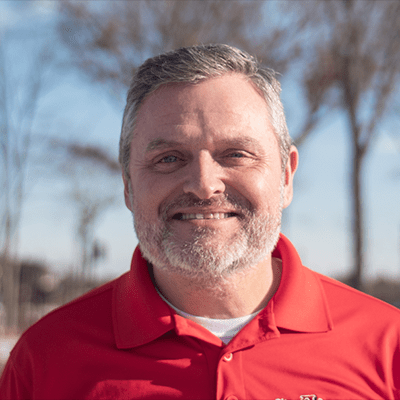 Mike Golat has been on the front lines of the River Prairie Development, an investment that will benefit the Chippewa Valley for generations, for the past 13 years. Through service with the Eau Claire Area Economic Development Corporation, Visit Eau Claire, Eau Claire county, and various other community organizations, he has helped build the foundation for regional prosperity through city planning.

Mike Golat, the city administrator of Altoona, believes it takes a cheerleader to make things happen. He’s spent the past 13 years in that role, championing the growth of the city around the River Prairie development.

“When I first arrived in Altoona, during the interview I asked what will the success of the next city administrator be measured by, and they said, unequivocally, it will be how River Prairie goes,” Golat recalled. “I saw it as an opportunity to do something really cool for the Chippewa Valley and for the citizens of Altoona.” 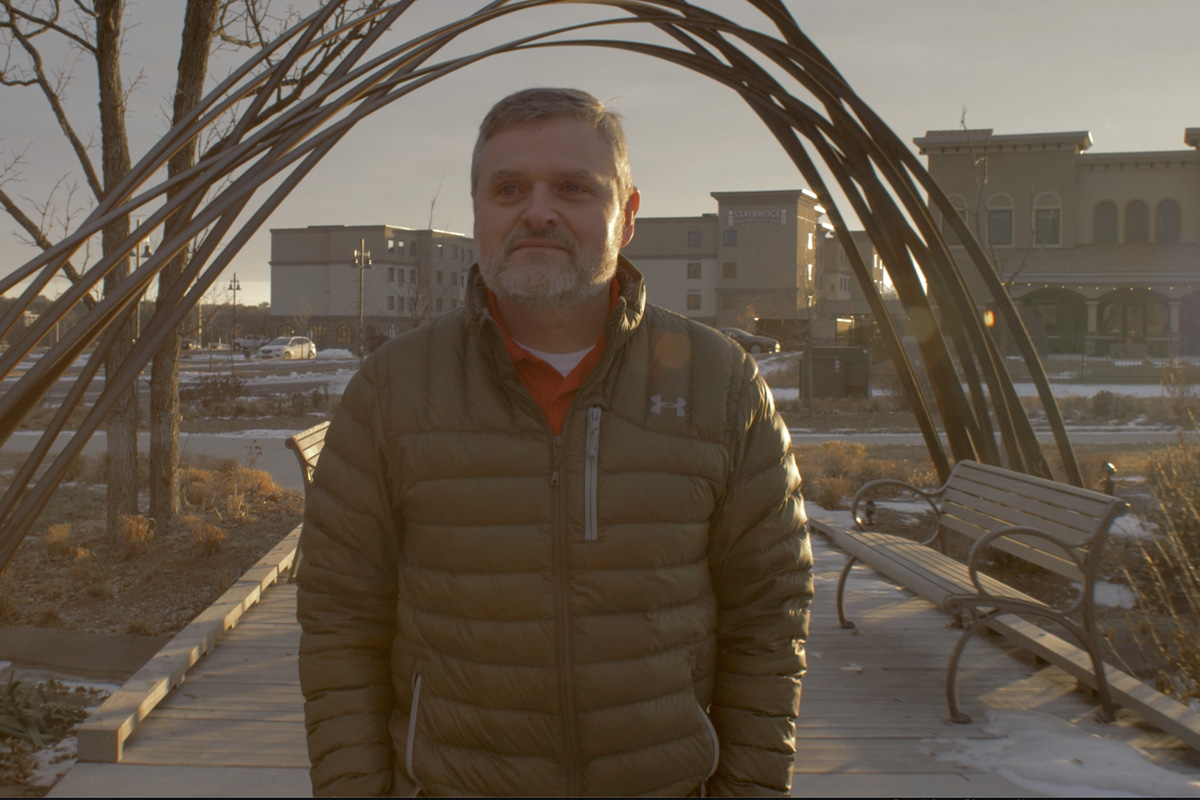 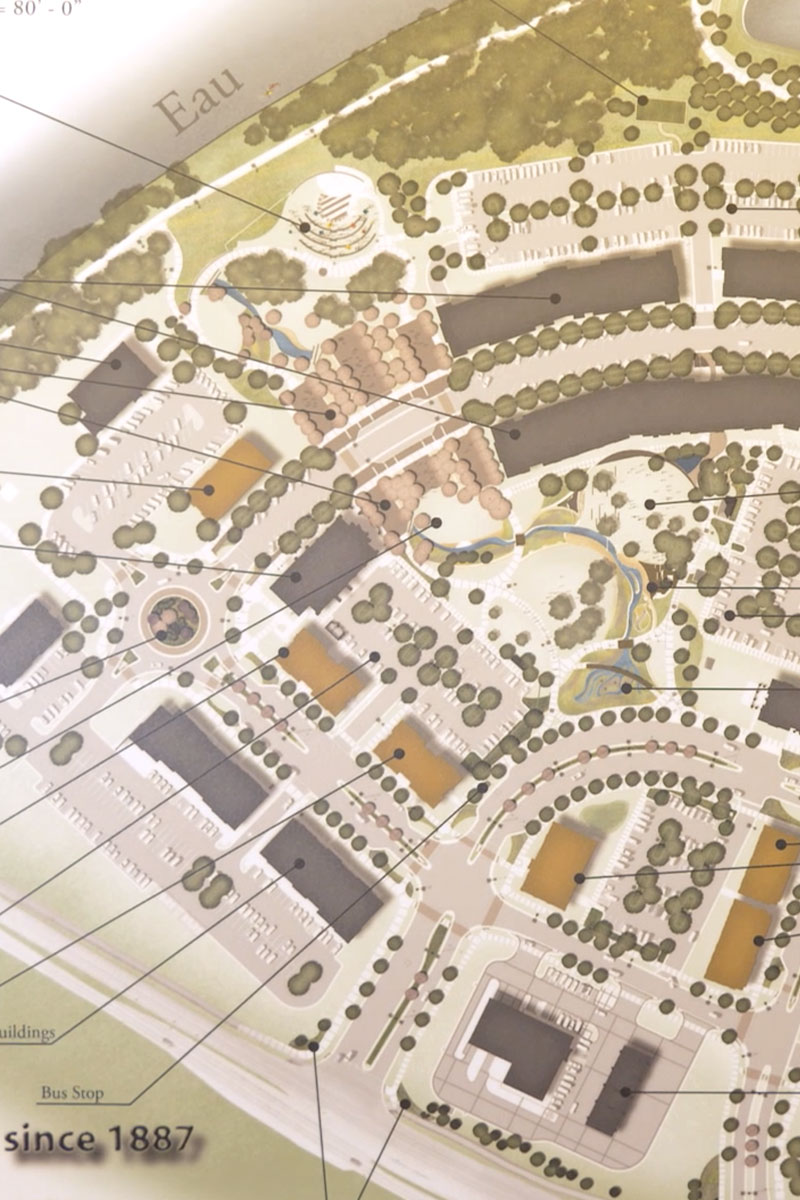 River Prairie hit its stride in 2018 with the completion of River Prairie Center and the addition of several new restaurants and events. The roughly 125-acre development is home to shopping, professional services, a hotel, recreation opportunities, apartments, and more.

Golat knew that the project would affect the Valley for generations, so he sought community input, focusing on what is important to residents while developing the space. He considered peoples’ love of family, of pets, of food and drink, and balanced those passions with the needs of businesses and investors who might take root in the community. Research shows that young people are choosing where to live before they decide where to work, and Golat aims to use that information to continue building Altoona into a unique, attractive place to live.

“One of our values was to preserve the beauty of the site,” Golat said. As a lifelong outdoorsman, he knew it was important to protect the trees along the Eau Claire River in River Prairie and invest in trails that would allow pedestrians to walk from apartments, hotels, and restaurants into nature.

“As I walked around the park last summer and saw the kids playing in the stream and the smiles on peoples’ faces when the music was playing, that’s really how, in my heart, I measure success.”

Golat views Altoona as just one part of the movement to grow the Chippewa Valley. There is a bit of friendly competition between his city and other communities in the region, he said, but what is good for Altoona is good for Eau Claire, Chippewa Falls, Menomonie, and all that lies between.

That’s why he dedicates his time to causes in the greater community. Golat is active with the Economic Develop Corporation, Visit Eau Claire, Chippewa Valley Technical College’s Real Estate board, and with Eau Claire County. “Everyone has a role, and can play a part. If we all work together our community will get better,” he said.

Golat couldn’t imagine going to work every day and performing any other task. He likes the people he works with, and he finds meaning in creating a better community with them. When he walks through River Prairie, he feels fulfilled.

“River Prairie Park, very simply, and this development, is my legacy and does have my fingerprint on it,” he said.

“As I walked around the park last summer and saw the kids playing in the stream and the smiles on peoples’ faces when the music was playing, that’s really how, in my heart, I measure success.” 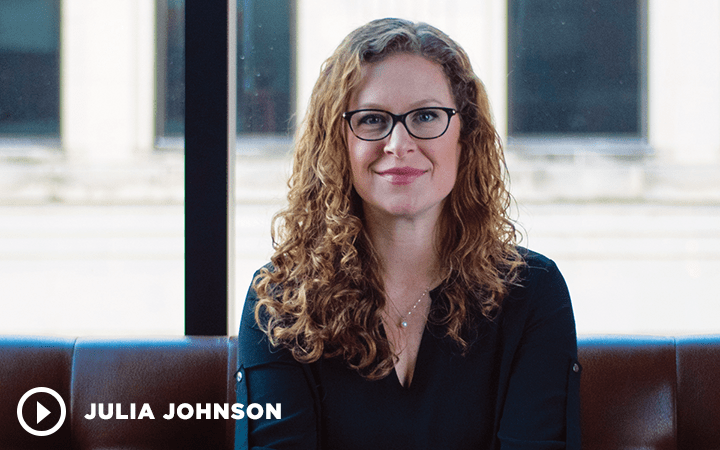 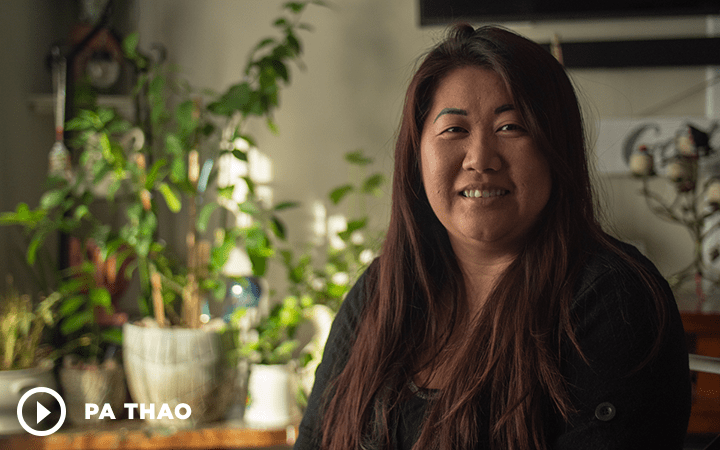 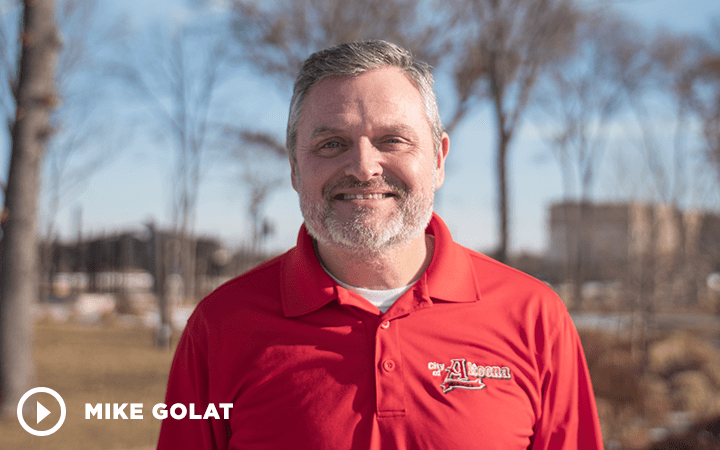