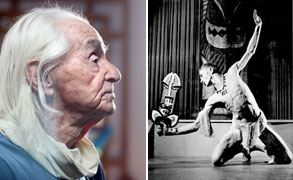 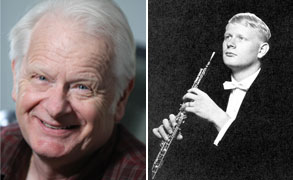 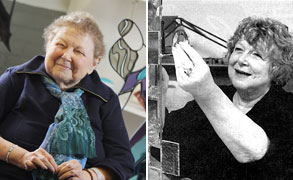 “When I was in grade school, my teachers told me, ’You should go into this,

you should go into that, you should go into this,’ and they all talked about different areas,” says Ivar Lunde. In a sense, he followed all that advice – at least in spirit: Lunde, who recently turned 70, is a musician, conductor, composer, audio engineer/producer, and more. A decade after retiring from the UW-Eau Claire music faculty, Lunde says he’s busier than ever operating the recording studio he built at his Eau Claire home, conducting the Eau Claire Chamber Orchestra, composing new music, and even creating videos.

“I'm not interested in legacies. I’m most happy if I can be of help. ... So when people come and say, ’Can you help me with this?‘ I’ll probably drop everything and do it.” // on how he’s remembered 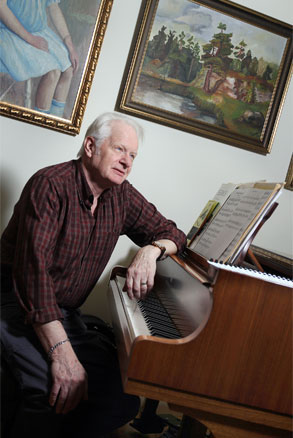 “In order to be a good artist, you have to have imagination,” Lunde explains while sitting in front of a bank of video-editing equipment at Skyline Studios. Across the room are a small sound booth and a large mixing board; down the hall is a wood-floored, sunlit recording studio filled with everything from harpsichords to unusual percussion instruments.

“You have to make the music talk,” he says of the ever-present challenge to musicians. “It has to communicate. It has to illustrate something.” Even listeners who are non-musicians should be able to understand the meaning the music conveys in much the same way as a viewer can grasp meaning from an actor’s performance even if it’s in an unfamiliar language, he says.

Lunde – and, by extension, the thousands who’ve heard him perform, listened to his compositions or recordings, studied in one of his classes, or watched one of the ensembles he’s conducted – has benefited greatly from the language of music. Without music, he quite literally wouldn’t be here.

Lunde grew up in a musical household in Norway – both parents taught music, and his father also composed and conducted – and he attended the Conservatory of Music in Oslo. Yet music wasn’t automatically his vocation: “My parents didn’t really want me to go into music because they knew it was not a very lucrative prospect for anyone,” he explains. In fact, Lunde was in the process of applying to medical school in Germany when a fateful phone call came from the Norwegian National Opera asking him to sit in with the orchestra. After a few performances, Lunde became the orchestra’s principal oboist, and music has been his profession ever since.

Lunde met his wife, Nanette, an American, while performing with an orchestra one summer in Austria. He followed her back to the United States: They were married in Washington, D.C., and he got a teaching position at the University of Maryland in 1966. AntiVietnam War protests brought unrest to that campus, however, and Lunde began looking elsewhere for a job. In 1968, his search brought him to UW-Eau Claire.

At the time, the UW-Eau Claire music program was located in several converted homes and trailers on campus, but in 1970 it was consolidated when the Haas Fine Arts Center opened on Water Street. While he was busy teaching oboe, music theory, and other classes, Lunde’s musical endeavors weren’t limited to campus. In the mid-1970s, he was involved in the formation of the Chippewa Valley Symphony, and he became the symphony’s conductor in 1978. He was also the first conductor of the Chippewa Valley Youth Symphony Orchestra, which formed in 1980. 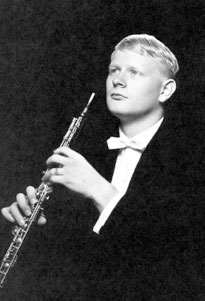 “Keep your eyes open. Just look around you. Listen to what’s going on around you. Try to understand and even if you don’t understand, try to figure out what is happening. I come back to nature.” // on advice to young artists 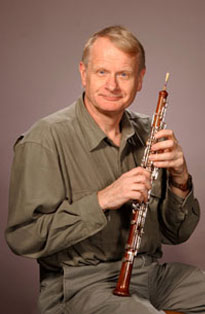 For you to be really successful in this business,
and make your mark as everybody wants to, you have to have that ability to think independently. You have to trust your imagination in a sense, learn from other people, listen to what’s going on. And make it your own, and go from there.
// on success

Eventually, he had to choose between the two commitments. “I decided to go with the children rather than the adults, because it was more fun,” he says. “There’s nothing like going into a room and you do something and you look at their faces and you realize they are actually getting it and doing something about it and making something happen.” Lunde stepped down from the Chippewa Valley Symphony in 1987 but stayed with the youth symphony for 25 years.

All the while, Lunde continued to teach, perform, and compose. His symphonic works won acclaim in both the U.S. and Norway, and he performed as a soloist and with ensembles across Scandinavia and the U.S. When asked to compare his various vocations, Lunde quickly answers that the teaching and conducting are more challenging: “When you conduct a group of people, it’s like getting the people together to feel cohesively. It’s like you’re playing piano or organ with 10 fingers; it’s pretty hard if you have only six or seven (fingers) – you want all 10 to function, and that’s important.”

Sometimes, he adds, being a teacher means telling hard truths: Some students simply don’t grasp that music is about more than the notes on a page – it’s about imagination. Lunde doesn’t let himself off easy, either. “I’m very critical of what I do,” he says. “It’s very hard to satisfy myself.”

More than a half century into his musical life, Lunde find the creative process hasn’t changed much. As a young person, Lunde would sit with a notebook and let ideas come to him. “And that still is the case, but at that time as a teenager I did not have the knowledge and the experience that I have now, so the process is probably very similar, but the product is quite different,” he says.

While he became an emeritus faculty member at the university in 2003, Lunde says retirement is not in his nature. Running a recording studio consumes a lot of time, and it’s led Lunde to branch out from his focus on classical music to record rock, folk, New Age, and other styles. He’s also dabbling in video production and photography. “Why would I, with my background, do this stuff?” he asks, his smile answering the rhetorical question. “And I thoroughly enjoy it.”

“I’m not interested in legacies,” he adds. “I’m most happy when I can be of help.”