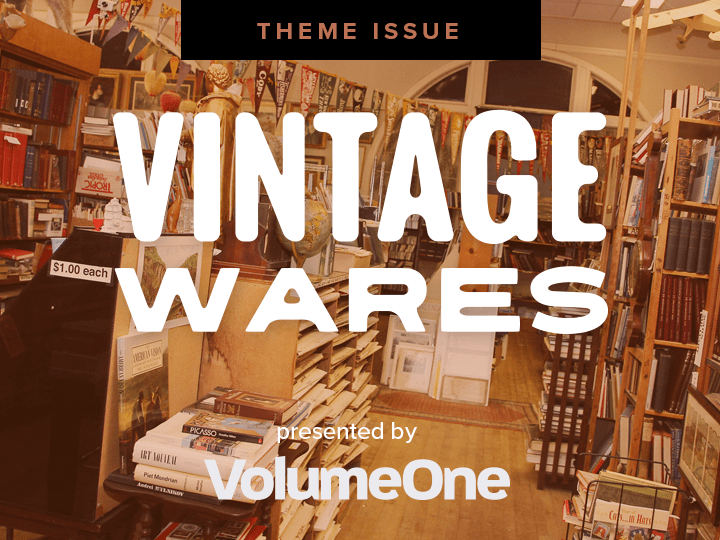 Pages from the Past: A Look at Some of the Valley’s Oldest Books 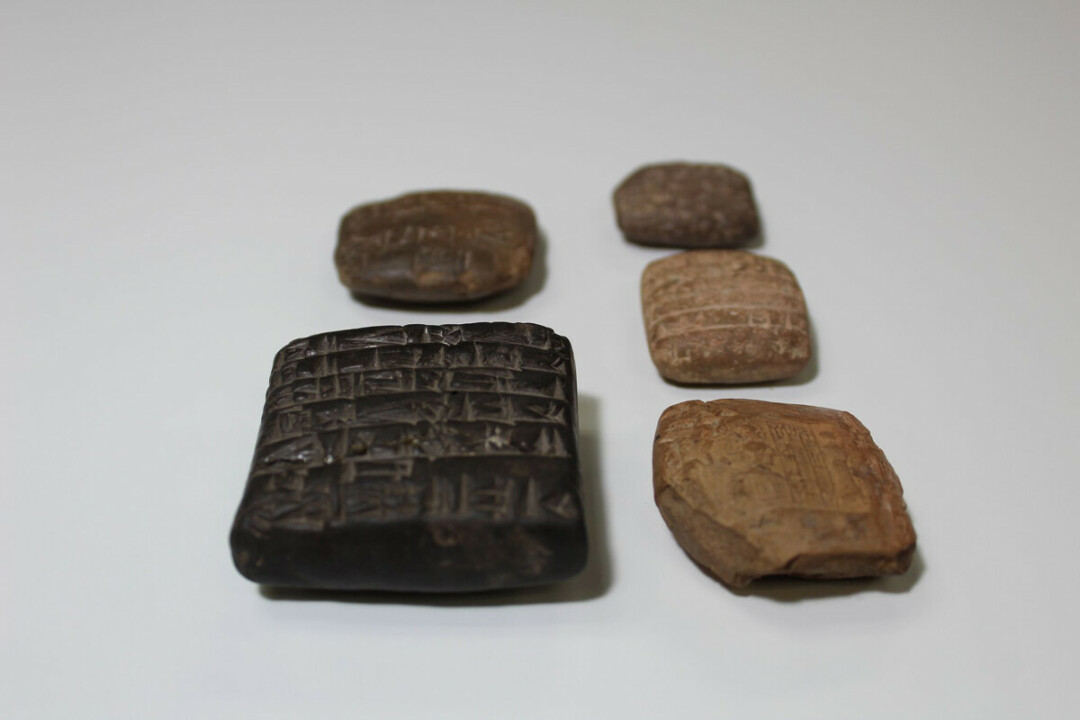 Perhaps the oldest “books” in the Chippewa Valley are a set of cuneiform tablets, which could be dated back to about 3,400 BCE, though not much is known about them, according to Greg Kocken, archivist at UW-Eau Claire’s McIntyre Library. Cuneiform is one of the world’s oldest writing systems. It began with the Sumerians, then the Assyrians, Babylonians, and other cultures later adopted it, Kocken said. If he had to estimate, cuneiform has been hanging around for about 5,000 years. But, he said there was an evolution in cuneiform. If you look at the bottom right tablet, he said, the system of writing is more pictorial than the black tablet on the left, which is more character-based. He estimates that the bottom right tablet is older than the bottom left tablet. “It is controversial to have these tablets here,” Kocken said. There is a growing movement to repatriate historical items back to their country of origin, since looting was what likely brought these artifacts – like many others – to Europe and the United States. The tablets are part of the Gardner Teall collection, which came to the library from 1943 to 1944. But, since not much is known about these specific tablets, it’s difficult to return them to their original place. Kocken said there are likely tens of thousands of these types of tablets, as they are probably receipt tablets. Cuneiform was developed, Kocken said, as a form of transaction record. But, “I could be completely wrong,” he laughed. 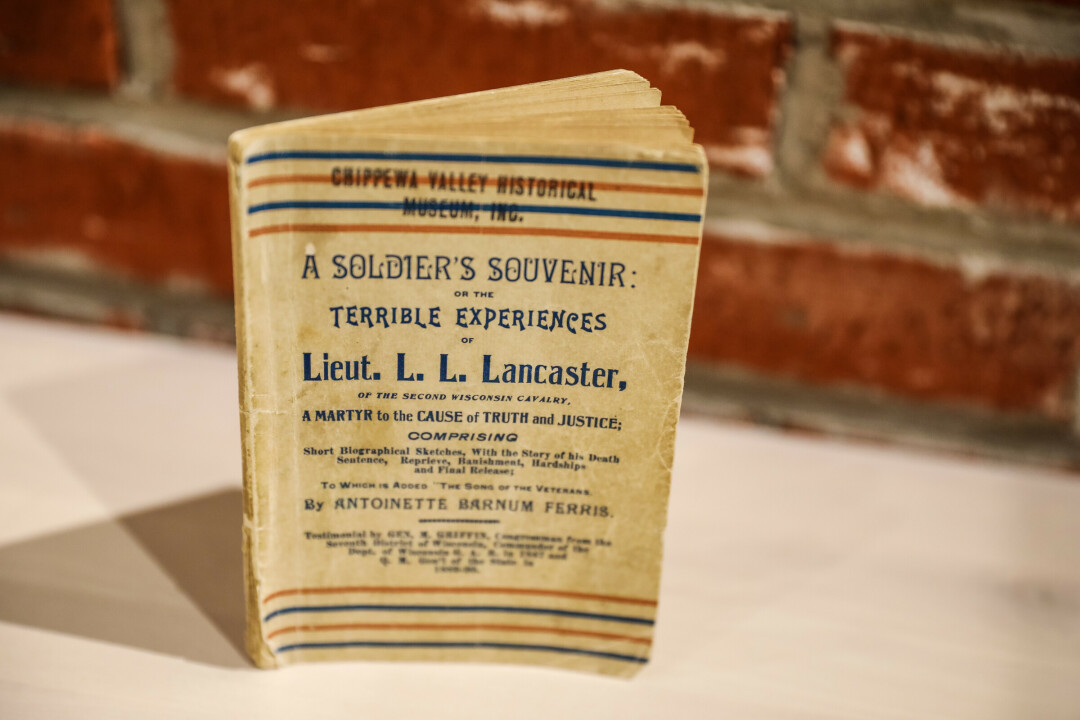 The book "A Soldier's Souvenir: or the Terrible Experiences of Lieut. L.L. Lancaster, of the Second Wisconsin Cavalry, a Martyr to the Cause of Truth and Justice" – with perhaps the longest title in history – is one of the oldest books in the Chippewa Valley, which can be found at the Chippewa Valley Museum.

Looking for a tale of mutiny, death by firing squad, prison camps, and dishonorable discharge – and involving a man in Eau Claire? The Chippewa Valley Museum has just the book for you: A Soldier’s Souvenir: or the Terrible Experiences of Lieut. L.L. Lancaster, of the Second Wisconsin Cavalry, a Martyr to the Cause of Truth and Justice  by Antoinette Barnum Ferris, which was published by the Pauly Brothers in Eau Claire in 1896. It features the thrilling story of Lieut. Leonard Lancaster, who was a “very interesting character,” according to Jodi Kiffmeyer, archivist at the Chippewa Valley Museum. The book was likely donated from a family, but was only discovered when doing a routine library collections sweep. 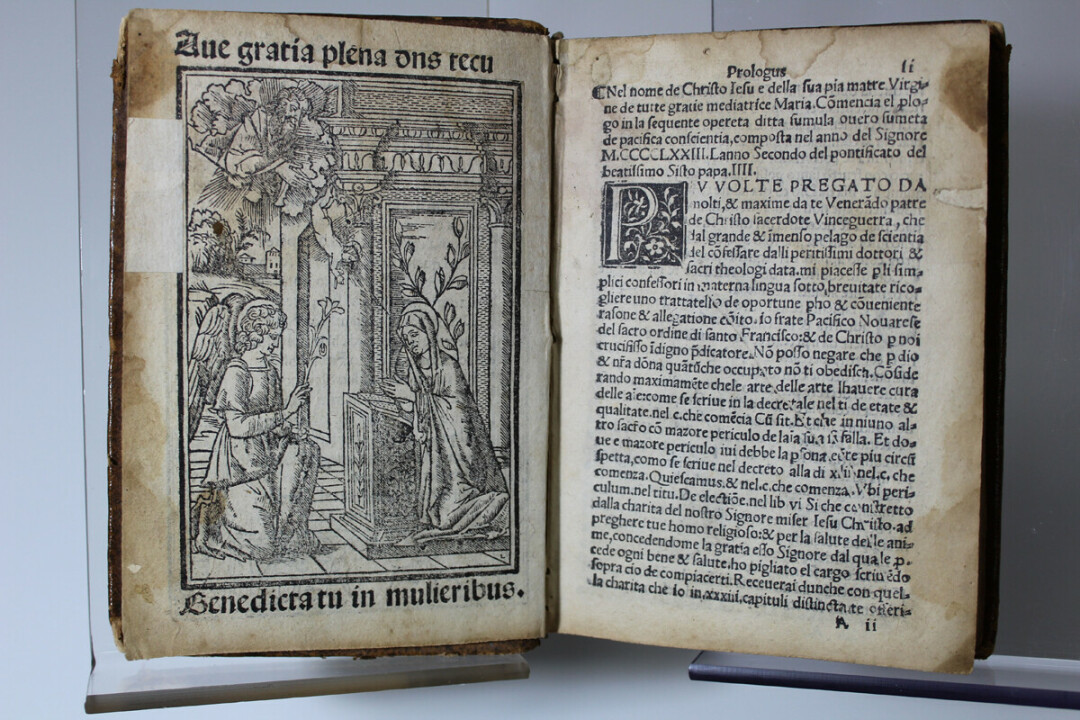 Some of the oldest books in existence are religious texts, according to McIntyre Library's archivist, Greg Kocken. This particular book is the oldest print book in McIntyre Library's collection and dates back to about the 1500s, though its updated binding gives it a more youthful appearance. Submitted photo.

Many old books are religious texts, and that’s what Kocken suspects another gem in the UWEC Special Archives collection, Pacifica Conscientia, is. “It’s our oldest print book,” Kocken said. This book, dated to sometime in the 16th century, follows Western book tradition and was likely re-bound sometime in the 18th to 19th century. “The binding is a little bit deceptive,” he said. It was gifted in the 1970s-1980s from L.E. Phillips Memorial Library, since McIntyre Library has a rare books collection and has the climate-controlled room to enable safekeeping of old treasures such as this one. The book was at some point in the private collection of Ralph W. Owen, who acquired the book in 1909. There’s also an inscription of 1888, which tells Kocken that the book likely changed hands multiple times. “It’s a spectacular item,” Kocken said. 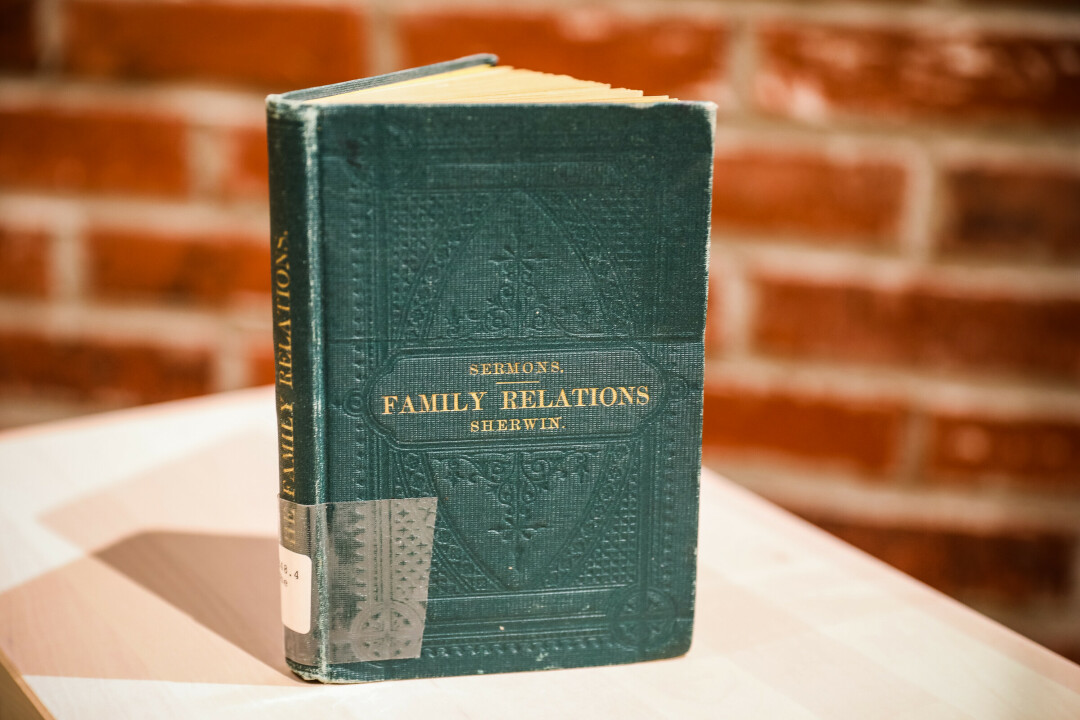 Even old books in the Chippewa Valley can be religious, like the 1876 publication of Sermons on the Family Relations by Rev. John C. Sherwin of Rice Lake. Though it was published in Chicago, this Chippewa Valley author even signed the book. The Chippewa Valley Museum also has photographs of Sherwin in its collection, Kiffmeyer said. 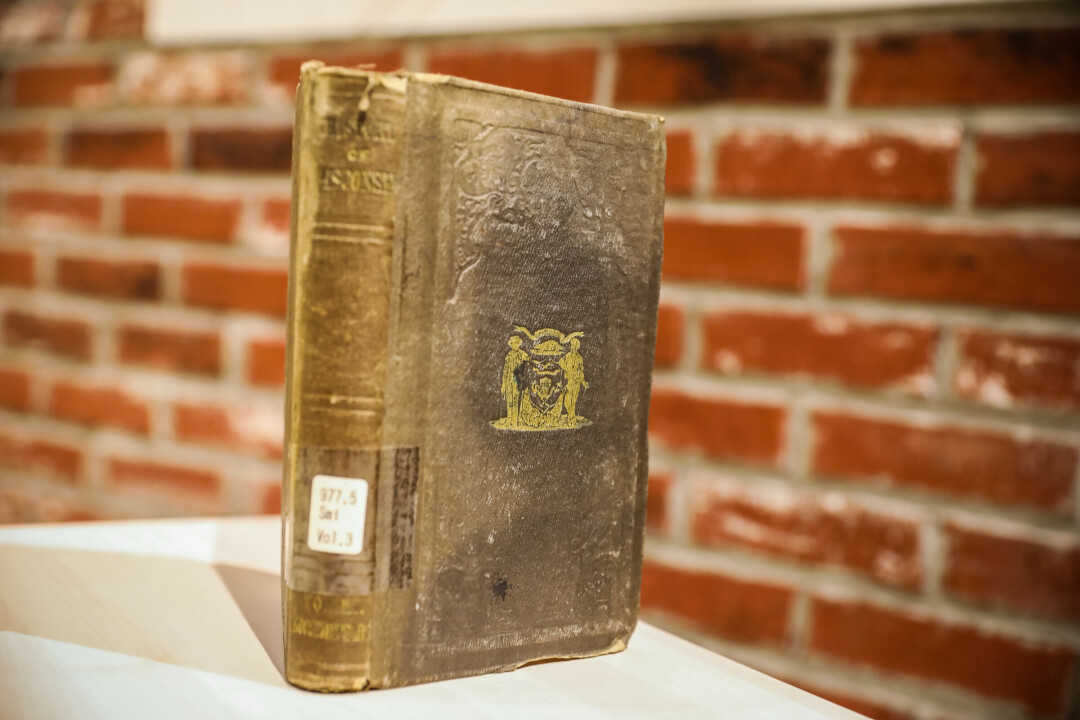 The oldest book at the Chippewa Valley Museum is called The History of Wisconsin in Three Parts by William R. Smith. According to archivist Jodi Kiffmeyer, it was commissioned by the state Legislature and published in 1854 – only a few years after Wisconsin became a state!

THE OLDEST BOOK WRITTEN IN THE CHIPPEWA VALLEY (1875) 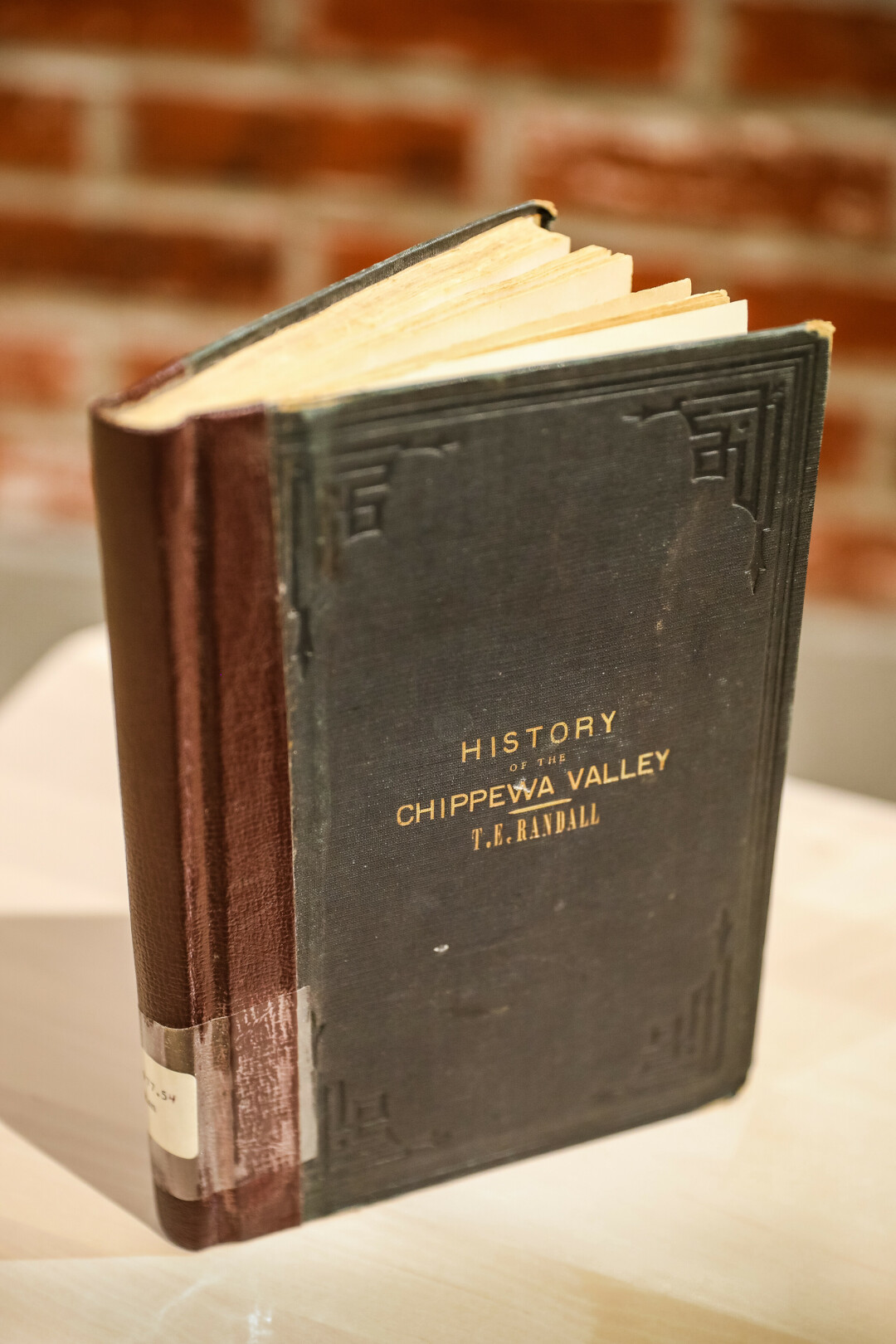 If you're wondering what is perhaps the oldest book in the area that was published in the area, then look no further than this book before your very eyes! "History of the Chippewa Valley" was written by Thomas E. Randall and was published in Eau Claire in 1875. 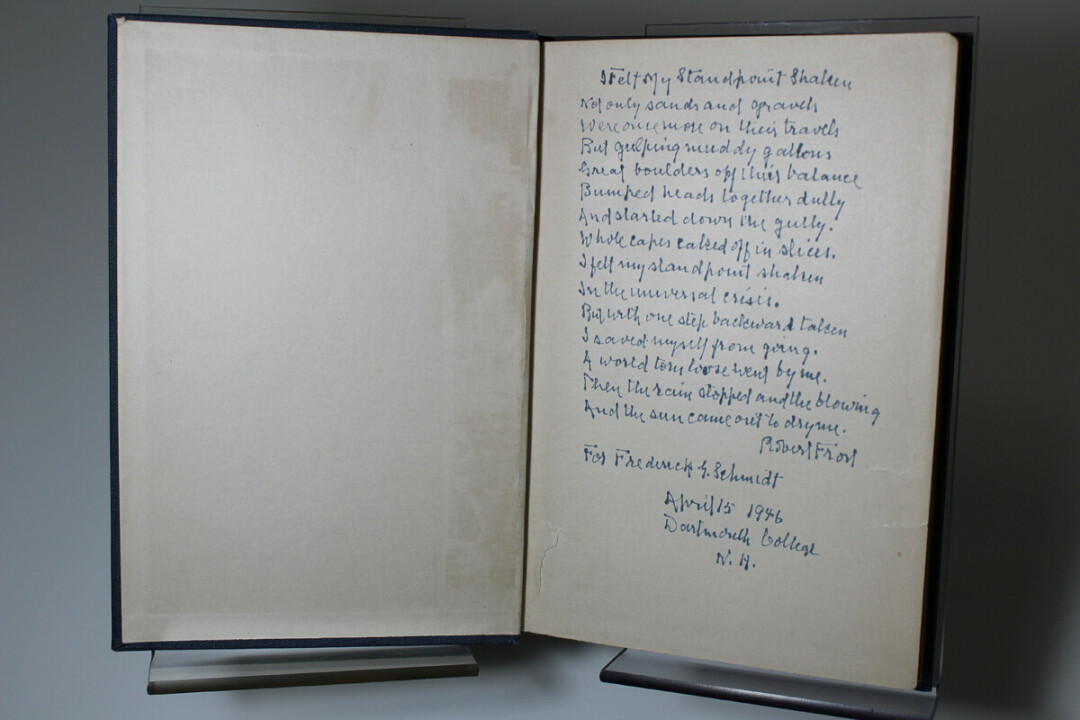 One of McIntyre Library's most prized possessions in their collection is their series of first-edition books by Robert Frost – many of which are signed by the famous poet himself! This one is Greg Kocken's favorite of the collection, Frost's third book, because it contains a much longer handwritten excerpt of poetry, and includes the date and location where Frost signed the book – a rarity in Frost's signature style, according to Kocken. Submitted photo.

Perhaps one of the most stunning collections of old books that McIntyre Library has, is the Robert Frost collection – which comprises 44 first-edition books, 22 of them signed by Robert Frost himself – “which is crazy,” Kocken added. Perhaps most spectacularly, they have Frost’s first book, A Boy’s Will (1913) and his second book, North of Boston (1914). Kocken’s favorite is Frost’s third book, Mountain Interval (1916), because the signature is more spectacular, he dates it, places it, and includes a much longer excerpt of poetry. This was uncommon for Frost’s books, Kocken said.