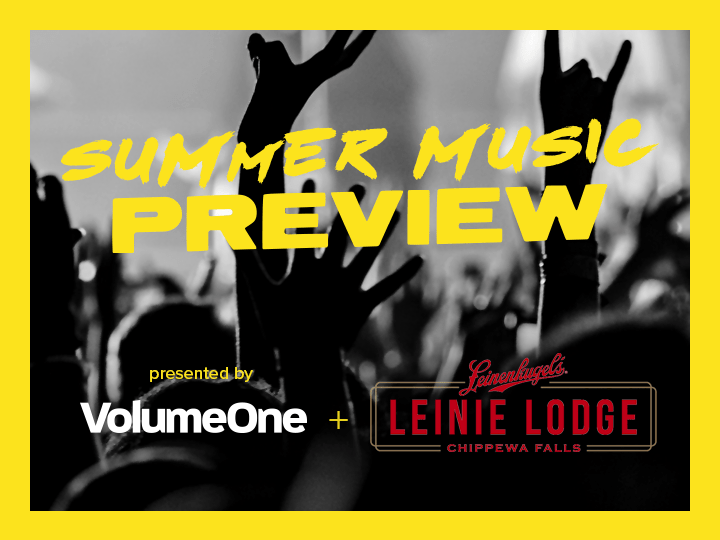 A Half-Decade in the Pines: Blue Ox Keeps Rolling Having a music festival in the northwoods of Wisconsin in the middle of June can be a shake of the dice when it comes to the weather. In an ideal situation you’ve got sunlight beaming through the pine trees, glistening off the water, maybe even a breeze gently rolling by with birds chirping.

Or you could have a weekend like the inaugural Blue Ox Music Festival had in 2015.

That first year was wracked with heavy summer storms that gushed rain all over what would’ve been an idyllic opening weekend for the festival, with persistent winds and shakes of thunder. Year one had tents blown over, attendees in ponchos, everything soaked – including the majority of the grounds, which quickly turned into a substantial pit of mud.

“We don’t want to screw up what we’ve got going. We want to keep the spirit of what it is.” – Jim Bischel, Blue Ox Music Festival

But in a way, the muddiness added a certain vibe to the festival, and the setback was never enough to dim the spirits of bluegrass fans in the area who clamored to see the likes of Del McCoury, Pert Near Sandstone, Yonder Mountain String Band, Justin Townes Earle, and the wild lineup of talent visiting Eau Claire that weekend. The inaugural year had attendees from 49 out of the 50 states.

“It really christened the ground there, and I think it solidified people’s loyalty to (the festival),” said Nate Snipe of Pert Near Sandstone, the Minneapolis bluegrass group that co-curates Blue Ox. “The audience in the region was hungry for a festival like this.”

The weather hasn’t been perfect year to year, but that’s part of it. Pert Near’s J Lenz said, “I guarantee excellent weather every year, which means I owe about 20,000 people a beer.” Now in 2019, Blue Ox is celebrating its five-year anniversary of bringing some of the best talent in roots music to Whispering Pines Campground – and for five years now, it’s grown steadily and planted its roots as one of the finest bluegrass festivals in America. In this time, the Blue Ox stage has seen Béla Fleck and the Flecktones make a rare live appearance, and the Del McCoury Band teaming up with New Orleans legends the Preservation Hall Jazz Band. Pert Near Sandstone has performed eight times – twice a year each year – and late-night campground jams have seen superstars riffing with superstars. The fest perennially widens the net to include some of alt-country’s best and brightest such as Margo Price, Tyler Childers, Drive-By Truckers, and Son Volt to dabble among bluegrass purists. Several of the world’s most prolific grass acts like Sam Bush and McCoury himself, return year after year to do their thing on the Blue Ox stage.

Something must be going right.

And for Eau Claire’s own Them Coulee Boys, Blue Ox has become home turf. Year two, the band played the campground stage, year three they moved up to the side stage, and last year, they made their main stage debut. They’ll return to the main stage this summer.

“They’ve given us more shots than they needed to, and now that we’re kinda coming into our own, it’s really fun,” said Them Coulee Boys’ Soren Staff. “It’s the most professional festival we go to every year.” You can chalk that pro vibe up to the team behind the scenes – the Bischel family, Jim and his two sons Mark and Tony. The Bischels work year round on Blue Ox, taking care of the grounds, booking bands, working on infrastructural stuff like amenities and food, bathrooms, beer, and a myriad of different tasks. Mark, who lives in Madison, travels all over the region seeing bands, championing the festival and finding new talent. But it really is a widespread team effort. Between the three Bischels, Blue Ox booking agent Mark Gehring, and the Pert Near Sandstone crew, they’re all working together in a multi-pronged approach to figure out little ways to make this thing evolve year to year.

But not too quickly. Jim said Blue Ox already has its own special panache as an intimate festival all in one place – what he calls “Eau Claire’s Best Kept Secret” – and they want to keep it that way … mostly.

“We don’t want to screw up what we’ve got going. We want to keep the spirit of what it is,” Jim said. “The only way this is going to be successful is to take care of people. We have the space to spread out and find your own area, but you’re never more than a three minute walk from the bowl.”

Tony echoed that sentiment: “It starts with the basics: Getting people what they need, keeping the attendees involved, and allowing them to give us feedback,” he said. “We take that very seriously.” And they sure do. Every year after the fest, the organizers survey attendees and hear directly from fans what bands they’d like to see in future years, what works, what doesn’t … any and all feedback is warmly welcomed. After all, the fans are the main thing keeping this festival running year after year, and it’s the fans that are going to make Blue Ox blossom into everything it can be.

But where do you take it from here? Well, in the spirit of keeping it intimate, they don’t want to have too quick of a growth spurt, but they do intend to expand a bit. This off-season, organizers purchased roughly 80 more acres nearby the campground, which gives them options. Expanding the campgrounds, giving the festival more breathing room, and even adding a side stage for strictly local bands are all on the table, and we’ll likely see some of those developments in these next few summers. This year, the festival is also taking its first steps toward being zero-waste with a new green initiative. In 2019, that’ll start in the backstage area with the goal of eventually making the entire festival completely sustainable.

So there’s lots to look forward to with this festival, and the future of Blue Ox looks bright. The organizers seem to be doing everything within their power to make the fest unique, beloved, safe, and special. Year to year you can expect the same phenomenal musical performances, the same intimacy, the same family reunion vibe, the same loving campground feel – only bigger, better, and more.

And we’ll just keep our fingers crossed that the weather holds up.

Summer Music Preview is sponsored by:

Summer Music Preview is sponsored by: