Jim “Doc” Miller is an acoustic singer/guitarist who plays original "folk rock flavored" material as well as a wide and eclectic range of covers, from John Prine to prog rock, Emmylou Harris to the British Invasion, Beatles to Stones and back again, with deep dives into Cat Stevens, Gordon Lightfoot and Harry Chapin and also showcases of small time folksingers nearly as obscure as Jim himself. In addition to contemporary music he also performs traditional folk music from the US and the British (and formerly British) Isles including songs sung in Welsh, Gaelic, and Scots. 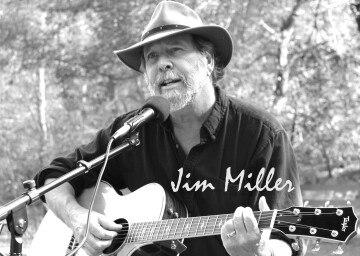