Duty Beyond the Battlefield

African American Soldiers Fight for Racial Uplift, Citizenship, and Manhood In a bold departure from previous scholarship, author Le’Trice D. Donaldson examines the often overlooked era between the Civil War and the end of World War I as the beginning of black soldiers’ involvement in the long struggle for civil rights. Donaldson traces the evolution of these soldiers as they used their military service to challenge white notions of an African American second-class citizenry and forged a new identity as freedom fighters willing to demand the rights of full citizenship and manhood. Donaldson not only illuminates this evolution but also interrogates the association between masculinity and citizenship and the ways in which performing manhood through military service influenced how these men struggled for racial uplift. Following the Buffalo soldier units and two regular army infantry units from the frontier and the Mexican border to Mexico, Cuba, and the Philippines, Donaldson investigates how these locations and the wars therein provide windows into how the soldiers’ struggles influenced black life and status within the United States. Military race men, she shows, laid the foundation for the “New Negro” movement and the rise of Black Nationalism that influenced the future leaders of the twentieth-century civil rights movement. 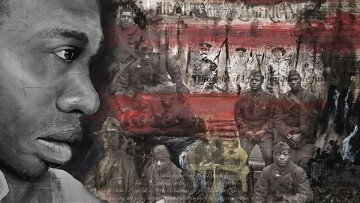