Harbor and Home is a band based out of Minneapolis. The band was founded in 2013 and since then has released two albums. They have brought their unique folk-rock sound all over the U.S. but are often found at gigs in Minneapolis, MN. Harbor and Home has been seen on stage with artists such as Jeremy Messersmith, Flor and Eric Hutchinson. The opener Jacob Vanko started writing songs in his 20’s and since then has written many songs including his new single All the Same. 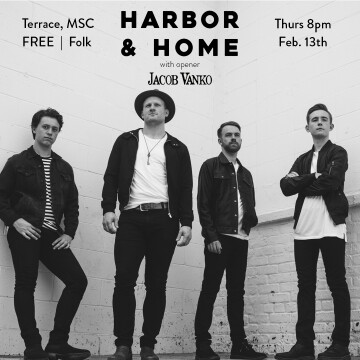