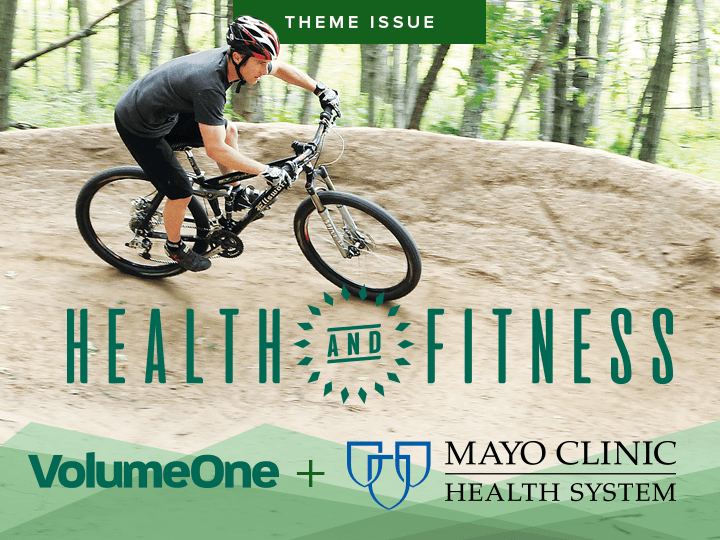 Eau Claire has some impressive female powerlifters, including a 17-year-old junior at North High PREMIER POWERLIFTERS. We’re not sure exactly how much weight North High School powerlifter Sam Kroll is
lifting in these photos, but she’ll be heading to the World Powerlifting Championships in the Czech Republic with
her coach, Mariah Hamm (below, spotting).

When you watch Sam Kroll – a petite, five-foot, 17-year-old junior at North High School in Eau Claire – deadlift 325 pounds, you’d never know that she was born early, a preemie coming into the world, after six-and-a-half months, weighing one pound, 11 ounces.

Now, she’s on Team USA headed to the 2015 World Powerlifting Championships at summer’s end in Prague, Czech Republic, after winning the teen division of her 63 kilgram (138 pound) weight class at the 2015 USA Powerlifting Men’s & Women’s Championships in San Antonio, Texas in mid-May.

“Powerlifting is a lifestyle. Few teenagers can do that, and Sam is doing it.” – Mariah Hamm, assistant coach at North and UWEC powerlifter

Powerlifting is a drug-free strength sport composed of three lifts: the squat, the bench, and the deadlift. At a meet, every lifter gets three attempts at each. At the end, the highest successful lifts are added together. Correct form is critical, and certain commands must be followed for a lift to be successful. There are three judges. The head judge is in front, and two are on the sides. They evaluate the lift from all angles.

We caught up with Sam in the North High weight-room on a Friday evening when the Powerlifting Club of about 10 high school students and their two coaches practice for two-and-a-half hours.

“Before my first day of practice, I had never touched a weight or barbell in my life,” Sam said. “The summer before my freshman year, a softball teammate’s brother said that I had the perfect body for lifting. And I just had to join.” “Apparently, short girls are good for lifting,” she says, laughing. “We don’t have to move the bar as far.”

Her coach Kyle Nelson, a power-lifting record-holder, national champion, and world competitor in his own right (and now a senior in actuarial science at UW-Eau Claire) credits Sam’s dedication and work ethic for her success.

“Sam has never missed a single day of practice in three years,” Nelson said. “When she’s here, she gives 100 percent and is totally focused.”

Her assistant coach, Mariah Hamm, (who is also on her way to Worlds in the 19-to-23-year-old collegiate division) is already a national and world title holder in her own right and an art major at UW-Eau Claire. Mariah echoed the fact that Sam is a special lifter.

“Sam is consistent and dedicated,” Mariah said. “Powerlifting is a lifestyle. Few teenagers can do that, and Sam is doing it.”

It takes a lot more than talent alone to be a successful powerlifter. Since Sam started, she said she eats better and makes better food choices.

“I eat what tastes good to fuel my body. This includes protein like chicken, pork, and eggs – as well as protein powder, Muscle Milk, and protein bars. I also eat lots of fruits and vegetables,” she said. “For Worlds, I need to gain seven pounds to move up from 131 to 138 pounds. So if I want ice cream or Goldfish, I eat it.”

While Sam puts powerlifting first as an extracurricular activity, she also works part-time at the Eau Claire Animal Hospital and Shopko, in addition to a rigorous schedule of Advanced Placement classes at North High School. Her dream is to become a veterinarian. Upon graduation, she plans to attend UW-River Falls in its pre-vet program, graduate in three years, then follow that up with four years at the UW-Madison School of Veterinary Medicine.

Sam said her parents and her extended, blended family, are working-class and incredibly supportive, but she admits that she held off on allowing them to attend meets until this past year because she did not want the “added pressure.”

Special gear and uniforms are required for the sport and they aren’t cheap. Her special shoes alone cost $215. Add that to the wrist wraps, belt, knee wraps, and special lift uniforms and shirts made of sturdy material. Initially, her coach and others loaned her suits and gear until this year, when she bought brand new gear herself.

See below for how you can help defray the cost of Sam’s dream of a world championship ...

Help support Sam and Mariah on their trip to Worlds in Prague: