Parker Reed is a young singer-songwriter and Chippewa Valley native. Parker's unique mix of 90's acoustic/indie rock aesthetics and modern pop sensibilities have forged him a unique place in the Chippewa Falls music community. He released his first solo EP "A Love Letter to Sarah Michelle" in 2018, and followed it up with a stronger and more focused effort "Music for the Overly Sentimental" in December of 2019.

With the debut of his latest EP "Dramatic Retellings of Mundane Happenings" set to release on Friday, December 17th, join Parker and his band The Lucid Dreamers as they perform an energetic set of original and cover songs in celebration of the new release. 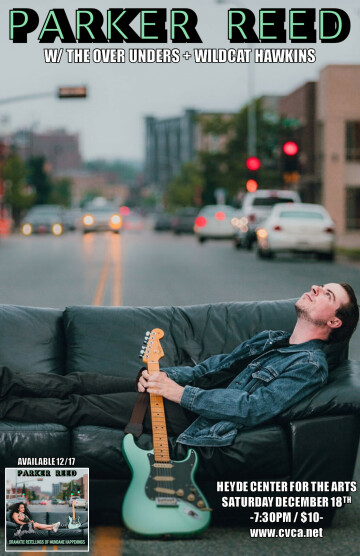