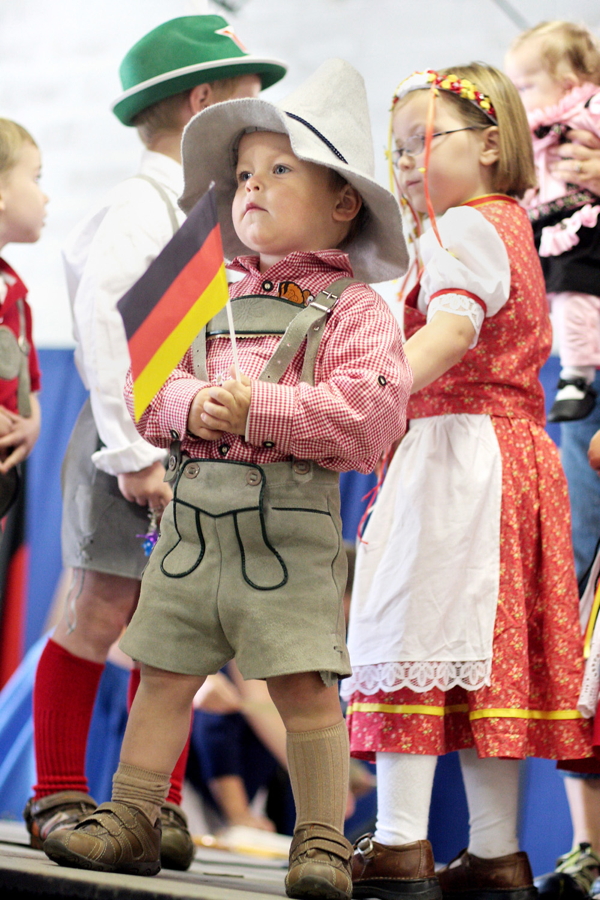 How many beer steins do you think
that kid can carry?

October is upon us, and that means it’s time to break out the accordions, brats, and lederhosen to celebrate the area’s German heritage at Oktoberfest. Taking place at the Northern Wisconsin State Fairgrounds in Chippewa Falls, this year’s Oktoberfest will run from Friday, September 21 through Sunday, September 23. Even though it doesn’t take place in October, Oktoberfest will have more German-inspired fun than you can handle. The tenth annual edition of this German celebration comes complete with a wide variety of activities for all ages. For the music lovers, there will be professional accordion players like Steve Meisner, as well as many other musical groups, such as KG and the Ranger. KG and the Ranger is a male/female duo that performs “classic cowboy songs,” harmonized yodeling, and rope spinning. In addition to the music and dancing, there will be a parade, professional pumpkin carvers (Bryan Berenson and Steve Dahlke), German language lessons, and spaetzle-making. For the kids, there is the Gordy’s “Kid’s Kingdom,” open throughout the festival, an ethnic costume contest on Saturday, and Dan Kirk the Juggler with Yellow Shoes and kite-making on Sunday. As expected, there are two different biergartens (beer gardens) set up on the grounds where many of the musical acts will perform and you can drink beverages. If all this excitement gets you working up an appetite, don’t worry – there will be many different types of German-inspired food available including sauerbraten, brats, sauerkraut (although I wouldn’t recommend it after watching the eating contest), potato dumplings, pretzels, spaetzle, and strudels. Three-day admission buttons are $15 and can be purchased at the door or ahead of time at many local businesses including any Gordy’s County Market and the Leinie Lodge. One day admission passes can also be purchased at the door only for $8. Whether you’re actually German, or just want to act like one, Oktoberfest is the place to be.