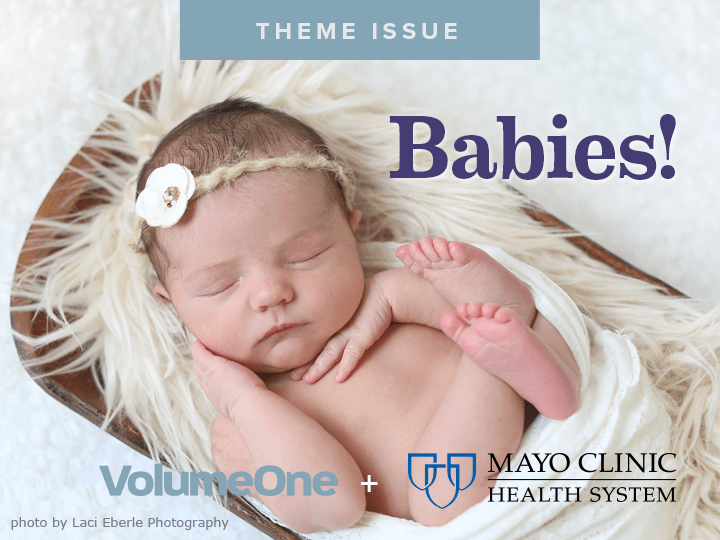 Kristen Bell, actress of Veronica Mars and The Good Place fame, has two children and one social media policy: no pictures of the kids online until they’re old enough to choose. The Midwest-born momma chose to refrain from sharing information about her children to protect them from paparazzi swarms and the consequences of being raised in a celebrity spotlight. But considerations of how to handle raising babies in the social media age are becoming common among even non-famous parents. New parents are weighing the benefits of early social media exposure – connection with family, sharing emotional moments, creating an accessible timeline of precious memories – with other considerations – privacy and safety risks, consent, and allowing children to choose whether they want an online presence.

When Matt and Briana married, they were on opposite ends of the social media use spectrum. Matt enjoyed posting on Facebook, while Briana almost never shared information about herself online. Over the years, they have tempered one another’s approach to using online social tools, and when their son Joseph was born, they added him to their online presence.

“It feels like once you post something, it’s there, and you can’t take it back.” – Briana Novacek

While location updates and pictures of Joseph without clothes on are off-limits for social media sharing, the Novaceks have been practicing a balancing act with other sharing opportunities.

“I’ve toned it down because of her,” Matt said, then turning to Briana. “But you’ve also ramped it up because of me.”

“It probably feels more permanent to me than it is,” she said. “It feels like once you post something, it’s there, and you can’t take it back.” Her strategy is generally to wait before sharing a photo or story online. The urge to post goes away fairly quickly, she and Matt agree, but sometimes Matt convinces Briana to share an especially adorable picture. She’s more at ease using apps such as Snapchat, which allow her to direct content to certain people and where it is more likely to disappear after transmission.

Matt attributes some of his enthusiasm for showing Joseph off online to his Latin American roots. His family uses social media to boast about the accomplishments of their children; his mother, who lives in Texas, still shares his and his sister’s accomplishments online.

“If I did have it my way, my Facebook wall would be flooded with pictures of Joseph,” Matt said – for his far-away family’s sake as much as his own. But as much as he would like that, he admits that Briana’s caution keeps him from overdoing it, or putting Joseph’s safety at risk.

Briana and Matt aren’t too worried about whether baby pictures will come back to haunt Joseph later in life. With social media evolving at great speed, they expect that if their platforms of choice survive into his childhood, he and his peers will have moved on. They did note, however, the comfort they take in knowing the embarrassing photos from their childhood are hidden safely away in physical albums, unlikely to be copied or accessed through other platforms.  Joseph will not have that assurance.

“For as much as there is to fear, you have to take a level of trust,” Matt said. He doesn’t want caution to outweigh the benefits of being able to share Joseph’s life with his friends and family from other parts of the world. “You kind of just have to take a trusting chance.  Trust your friends, trust your family. Do it for your friends and family.”

Kenna Szymanski of Eau Claire says she and her husband might be “overly cautious,” in their choice to take the “Baby Blackout” route. Starting with her pregnancy with their first child, Franklin, the Szymanskis chose not to share information about their baby online.

“Social media is a super great thing,” Kenna said. “It makes life convenient, but at the same time it can make life a little too convenient.”  While she believes Eau Claire is a safe place, she would rather not risk pictures, names, ages, and even check-in location information being used in a way that threatens her son’s safety.

Both Kenna and Brian use social media for themselves, sharing funny Photoshops and the occasional wellness meme or dinner menu. “We want to post pictures (of Franklin) as much as the next parents,” Kenna said. And she enjoys watching her contemporaries’ children grow up on her timeline. But the Szymanskis choose to keep those intimate family moments to themselves, and try their best to live in the moment with Franklin.

Franklin’s extended family is mostly from the Eau Claire area, which makes it easier for Kenna and Brian to share his childhood with loved ones without the use of social media. If a particularly special photo or moment comes up, Kenna jets a text (or even sends photos by snail mail!) directly to the intended recipients, who have all been informed of the Szymanski’s infant social media policy.  The two also have “80,000” pictures of Franklin around the house for their own enjoyment. Kenna hopes that when he is old enough to recognize the difference, he will see as a sign that they love him and want to show him off as much as parents who do share about their children online.

Kenna and Brian haven’t decided yet when or how they will transition Franklin into an online presence, although the choice will be largely dependant on when they are confident he has learned basic safety habits, such as not talking to strangers, situational awareness, and checking in with his parents. In the meantime, they don’t stress the small stuff; if a family member doesn’t know the policy and posts a picture of Franklin at a wedding, they let it lie.

“I think, personally, parenting is about what works best for you as a family,” Kenna said. “Everybody’s needs are different, and we should try to support each other in our choices.”