Do a bunch of black squirrels make a capital? Norwalk, Wisconsin thinks so.

It’s been said that Wisconsin is home to more self-proclaimed capitals than any other state. Does this mean we’re a delusional bunch of cheese mongers who constantly feel the need to feel special and unique? Nah, I think it just means we’re enthusiastic. So, until proven otherwise, here are five “capitals” found right here in Wisconsin.

1. Mount Horeb, aka “Troll Capital of the World”

With a hearty Scandinavian heritage, it’s not all that surprising that trolls have found themselves quite popular here, but it takes more than popularity to make a “world capital.” It was when a bypass around this fair city threatened an economic turn for the worse – and the “Trollway” was invented as the town’s savior – that true homage had to be paid. 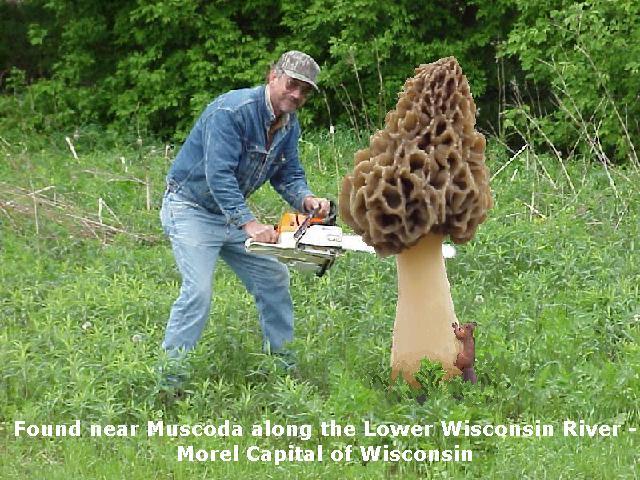 Everyone enjoys some good fungus and what better fungus than the morel mushroom? This tasty little morsel found a happy home in the city of Muscoda, and not only led to the city’s Morel Capital moniker, but also its very own fungal festival. Personally, all I think they’re lacking is a Muscoda morel mascot.

3. Norwalk, aka “Black Squirrel Capital of the World”

Although it’s a small village, Norwalk proudly boasts this claim on its website for all to see. While their confidence is admirable, the competition for black squirrel recognition is both heated and intense. Take for instance Marsville, KS, who has the black squirrel as their mascot, and what about London, Ontario, who produced their own music video dedicated to the little fella? Norwalk needs to up the ante.

4. Green Bay, aka “Toilet Paper Capital of the World”

While this city is more notably associated with a certain sports team, it isn’t shy about its toilet paper history either. Home to the first splinter-free toilet paper, it’s fair to say we have them to thank for our modern comfort.

5. Belleville and Elmwood, aka “UFO Capital(s) of the World”

While most people associate Rosewell with UFO activity, these two Wisconsin cities have been claiming the same title. Now if we were to put these two up against each other, I believe it’s important to note that while Belleville celebrates “UFO Day,” Elmwood has “UFO Days.” Three days as opposed to one … so I think we know where the passion lies.