Fierce Freedom educates the public about the fact that human trafficking isn't just something that happens only in overseas third-world countries or in large cities. This crime against the most vulnerable among us occurs right here in the United States, right here in the Midwest, right here in rural Wisconsin. By educating the public, law enforcement, politicians and others about human trafficking, Fierce Freedom will continue to help reduce this horrific crime. During the past few years, Fierce Freedom has played an important role not only in western Wisconsin but across the state in doing just that. The organization has spoken about the harsh realities of human trafficking to representatives in schools, churches, police departments, city and county government, state officials and with anyone else willing to listen. Fierce Freedom has forged relationships with those entities and others and has helped enact legislation at the state level that has significantly improved trafficking-related laws, enlisting support of both Democrats and Republicans along the way.

Despite those successes, and the growing support for the efforts of Fierce Freedom, much work remains to make meaningful inroads against sex and labor trafficking. Fighting those crimes will require continued work of people and agencies across Wisconsin and elsewhere, and Fierce Freedom plans to be play an even more vital role in those efforts in the future. 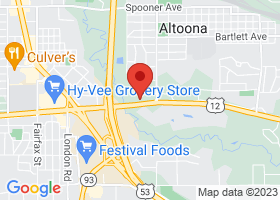