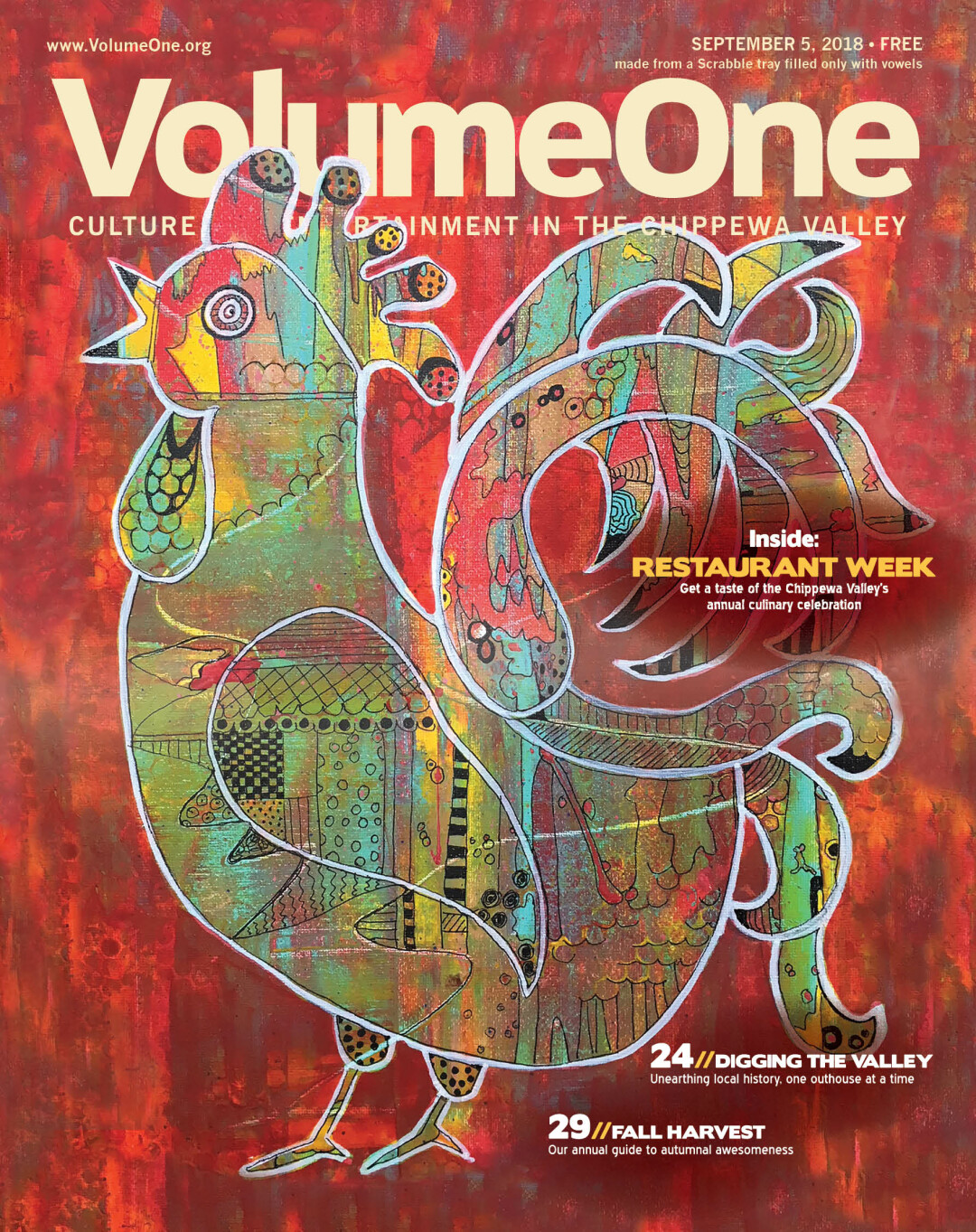 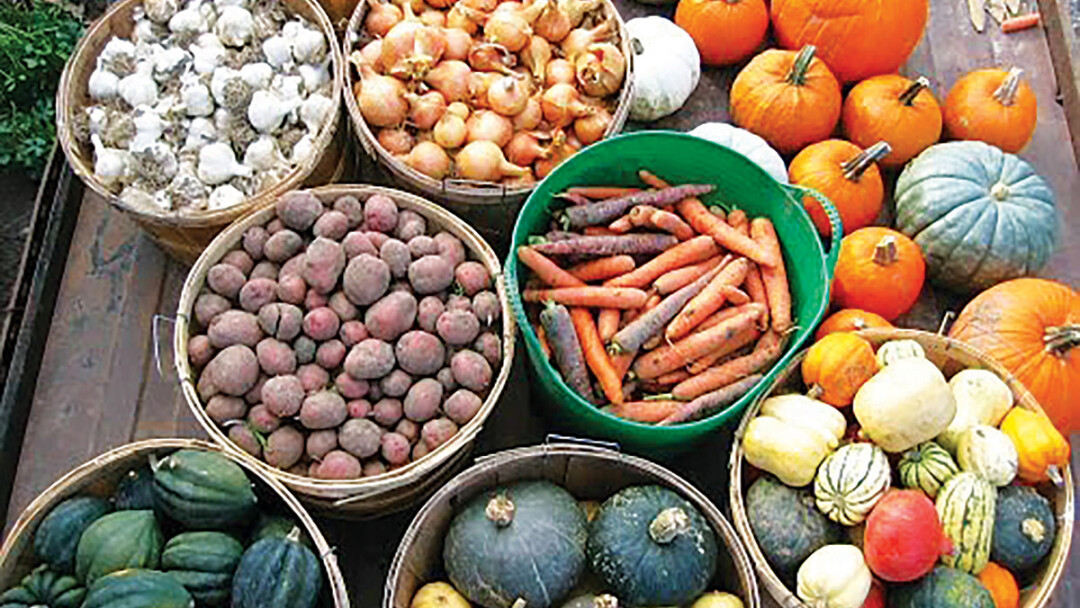 creative ways to keep your harvest fresh for months

One of the joys of summer is walking through the garden in late afternoon and planning the evening meal around whichever produce is ready to pick. With September’s shorter daylight and cooling temperatures ... 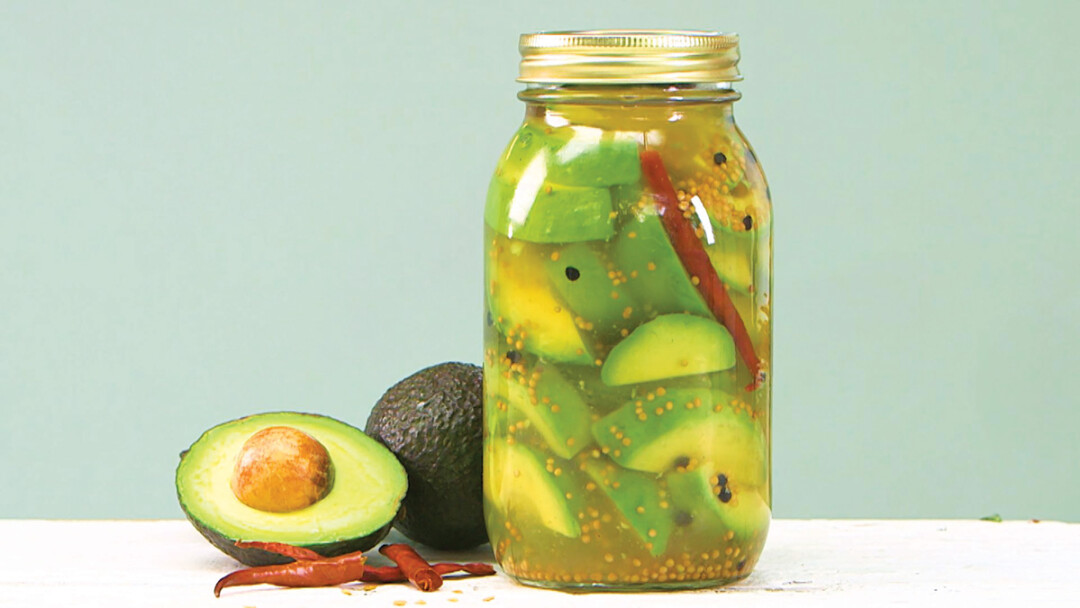 We’ve enjoyed another bounteous summer, but as the chill settles in and fall brings farmers market season to a close, it’s time to consider ways to get the most out of the remaining fall produce. Pickling is a centuries-old technique for preserving foods that involves submerging foods in vinegar ... 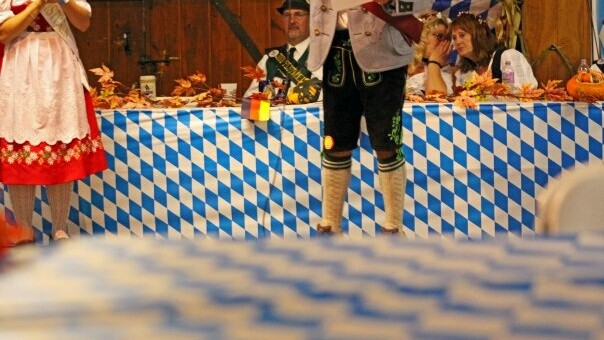 Raise a Glass at Oktoberfest

2018 Chippewa Falls Oktoberfest is right around the corner

Time to dust off that lederhosen! The 2018 Chippewa Falls Oktoberfest is right around the corner. This year’s celebration is packed with exciting activities centered on traditional German music, food, and ... 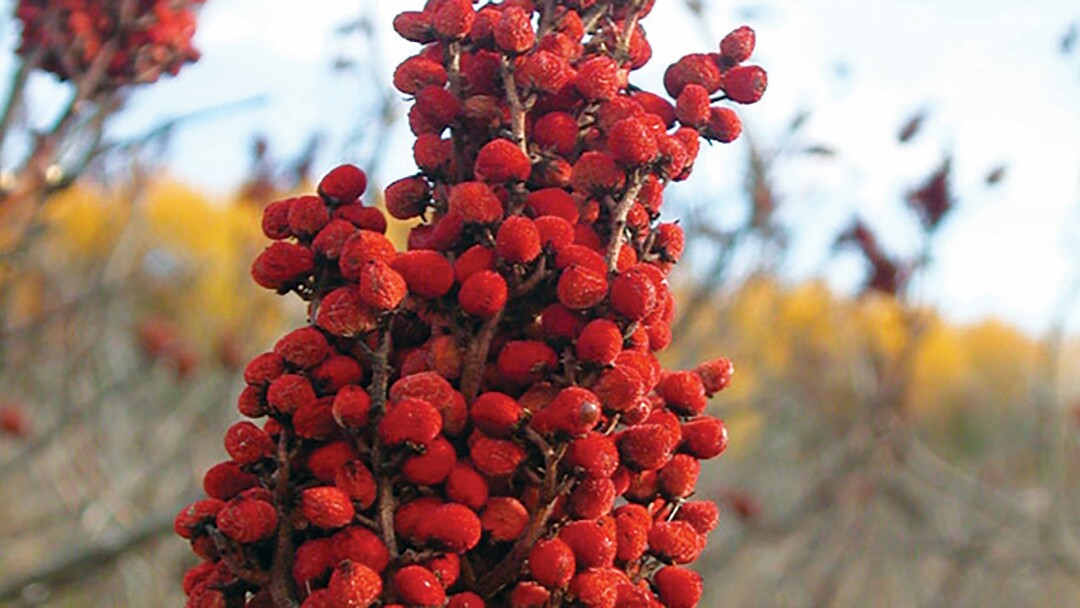 7 Wild Plants to Put on Your Table This Fall

our wild guide to seasonal foraging

Jim Schwiebert’s coworkers put up their guard when he approaches, lest he offer them a taste of something he scrounged up from his yard, on a trail, or from the garden behind their offices at Beaver Creek Reserve ... 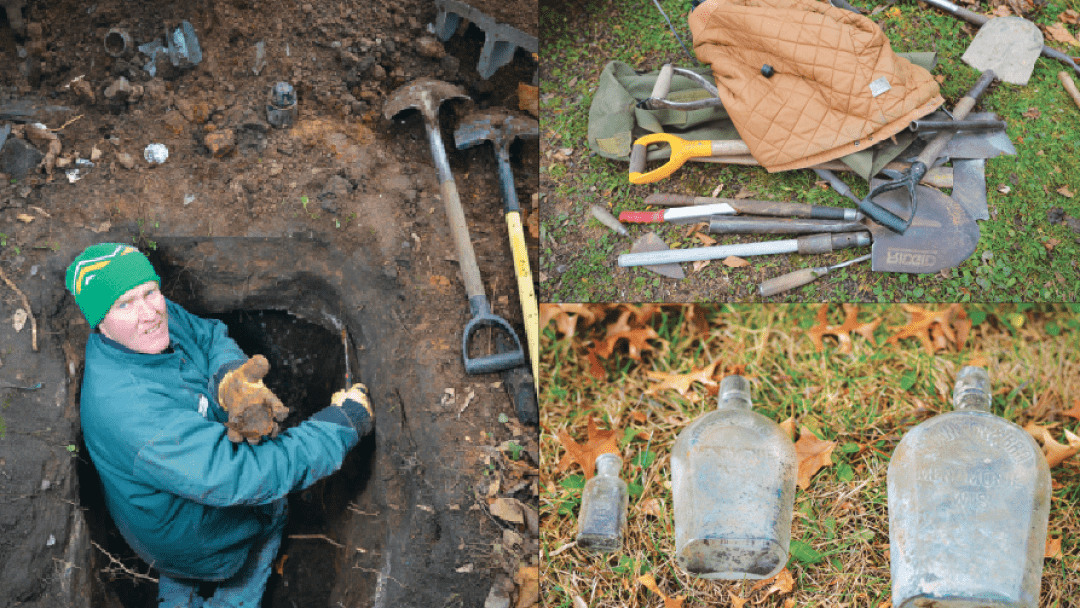 FEATURE: Digging Up the Valley

unearthing local history, one outhouse at a time

Mark Youngblood stood in a hole almost as deep as he is tall. His blue eyes, which sparkled with excitement, were just visible above the ground level. “Can you get me a screwdriver?” Youngblood shouted up to his friend ... 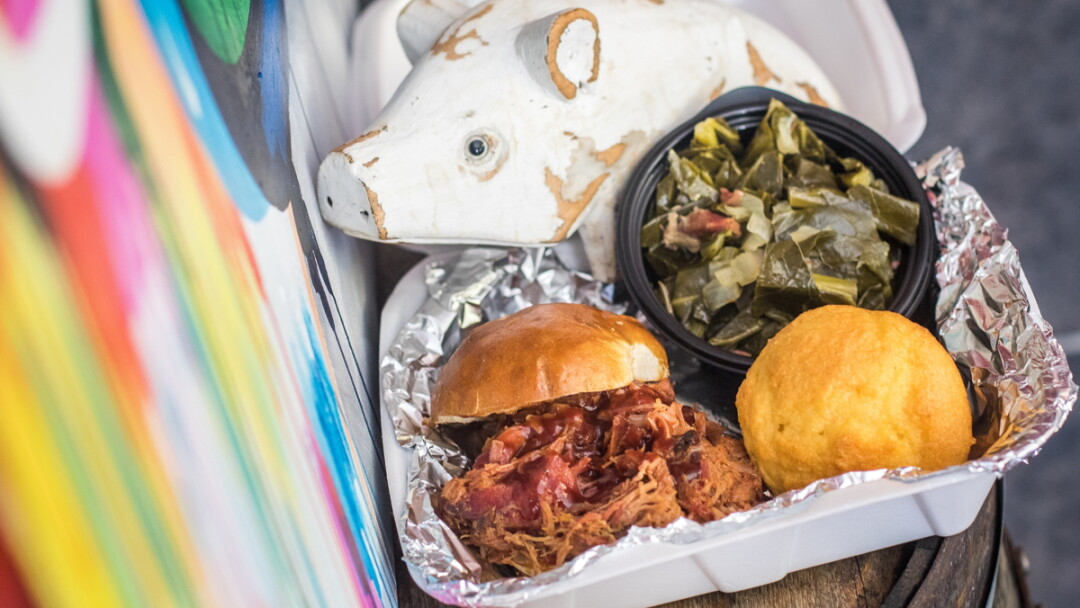 Red Coal BBQ on the Move 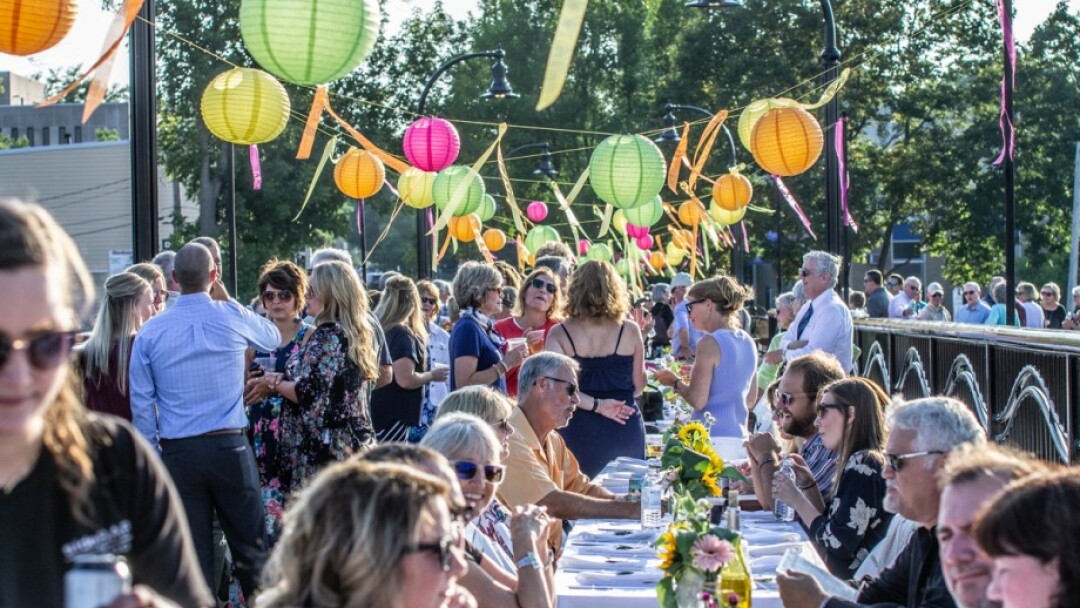 WHO’S THE PHOTOGRAPHER NOW, BUDDY? Decking and overlook reconstruction of the Grand Avenue footbridge in downtown Eau Claire was finished just in time for the annual Grand Evening on the Bridge dinner on Aug. 22. The event raises funds for Downtown Eau Claire Inc. ... 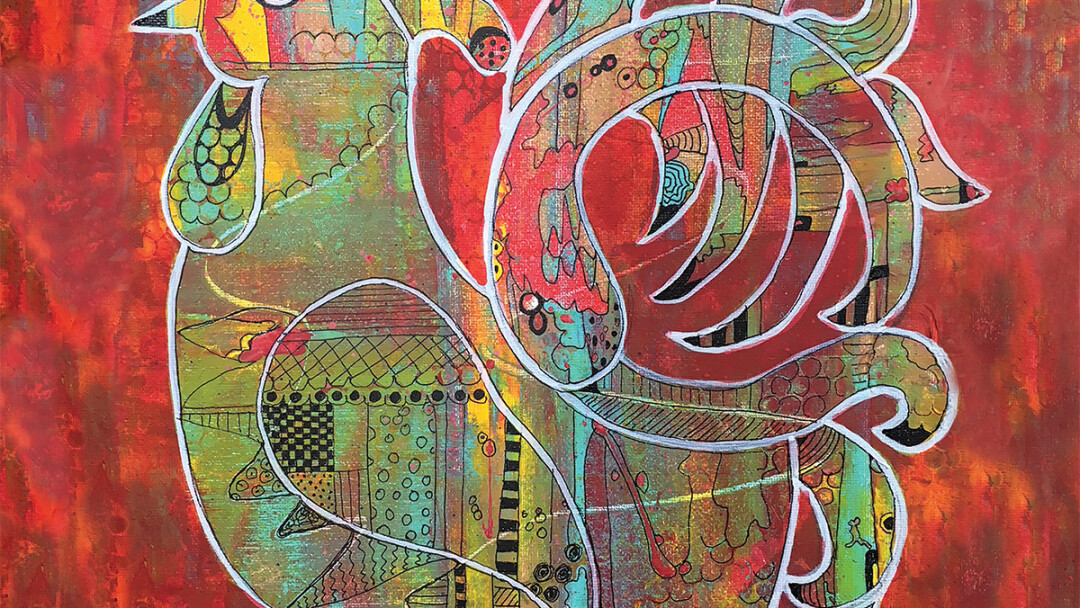 “‘The Little Red Hen’ is a fun piece of art utilizing several techniques. For the first layer I dragged several colors of acrylic paint across the canvas. I outlined the hen in white before adding a layer ..." 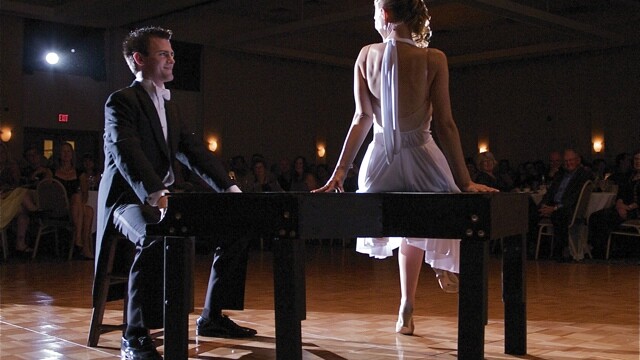 There’s a buzz around town as everyone gears up for this year’s All-Star edition of Dancing with the Eau Claire Stars! Inspired by the hit ABC television show, this will be the 10th anniversary of the benefit held by the Eau Claire Children’s Theatre. 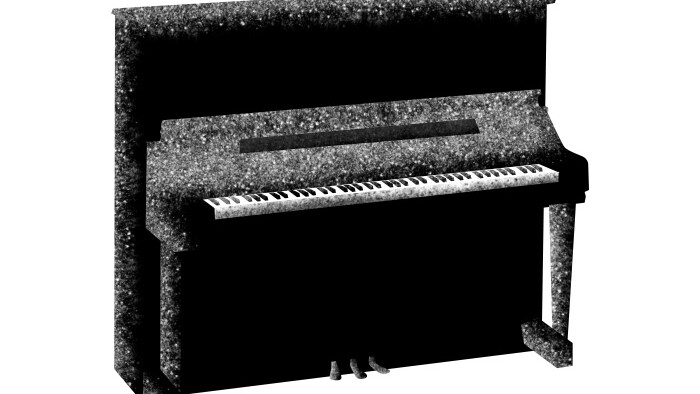 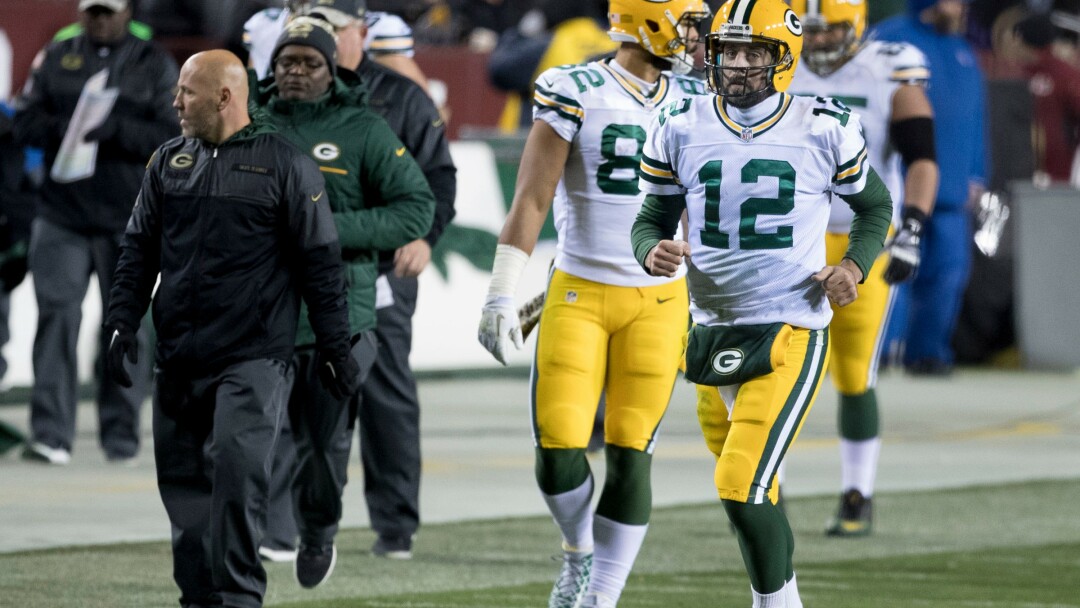 Packers can be contenders as long as Rodgers stays healthy

One summer ago, while on the radio previewing the 2017 Green Bay Packers season, I recall saying that if Aaron Rodgers ever were to get injured, any upgrades to the rest of the team would not matter for a Super Bowl run. 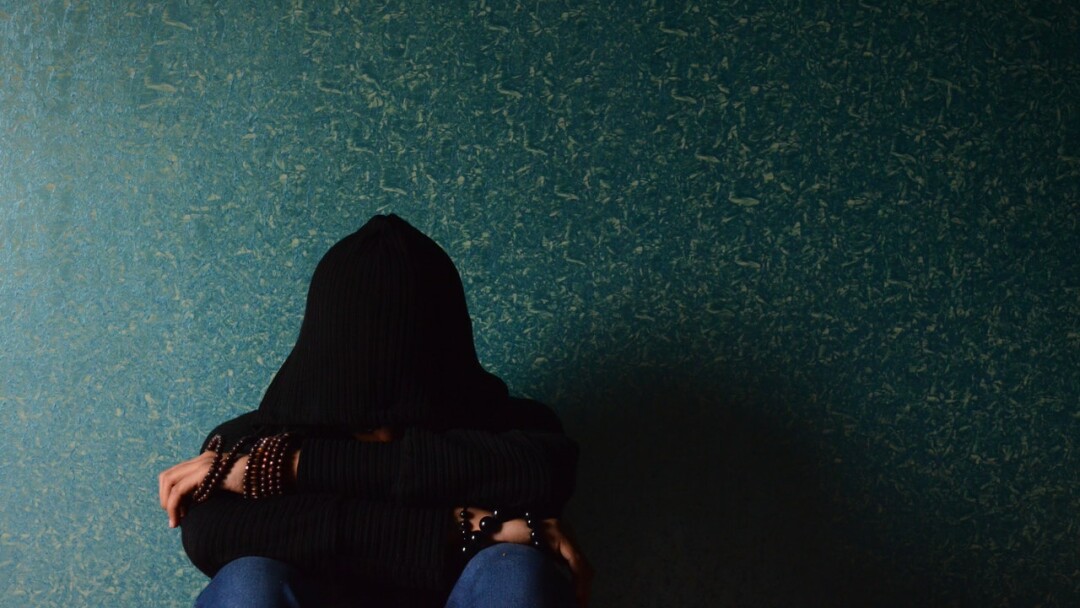 Too May People Die From Suicide. Here’s How to Help. 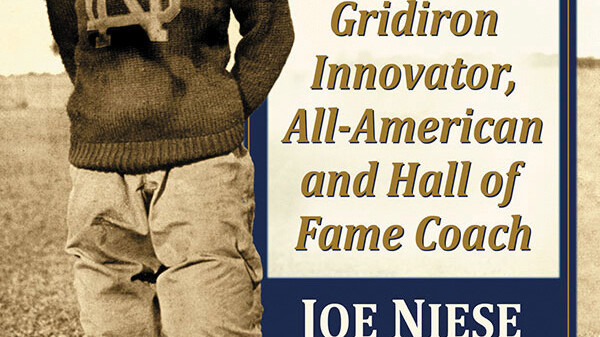 The modern game of football is centered on the forward pass. Today, quarterbacks and wide receivers attain yardage and reception statistics that, a half-century ago, would have been considered nearly inhuman; those numbers are now expected today in order to help your team to a championship. 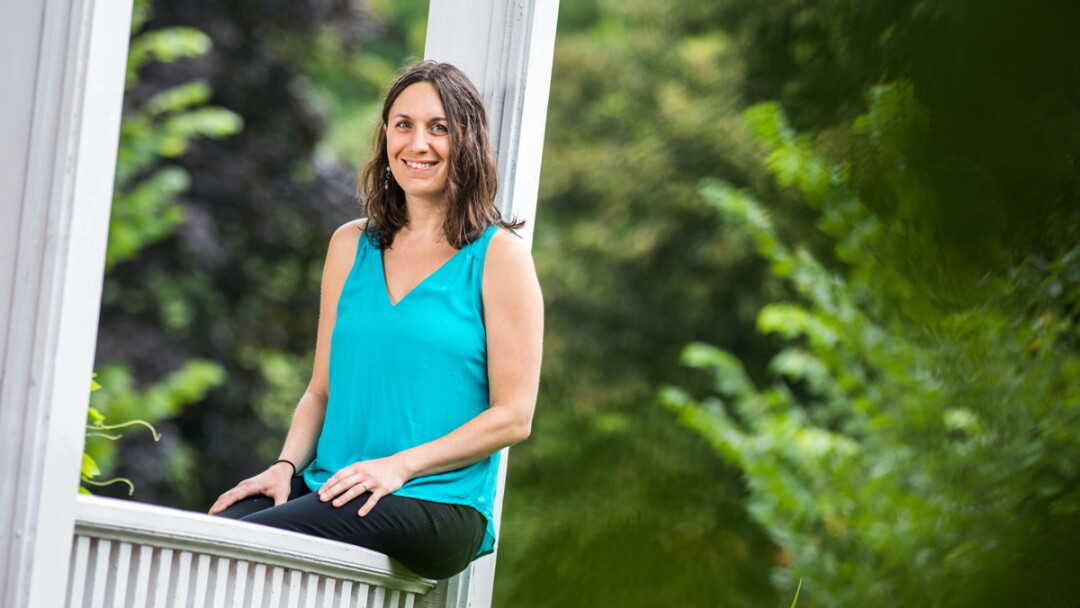 Among the highlights of the annual Chippewa Valley Book Festival is hearing from regional writers whose talents have attracted national attention. This year, that group includes Molly Patterson, a UW-Eau Claire professor and Pushcart Prize winner ... 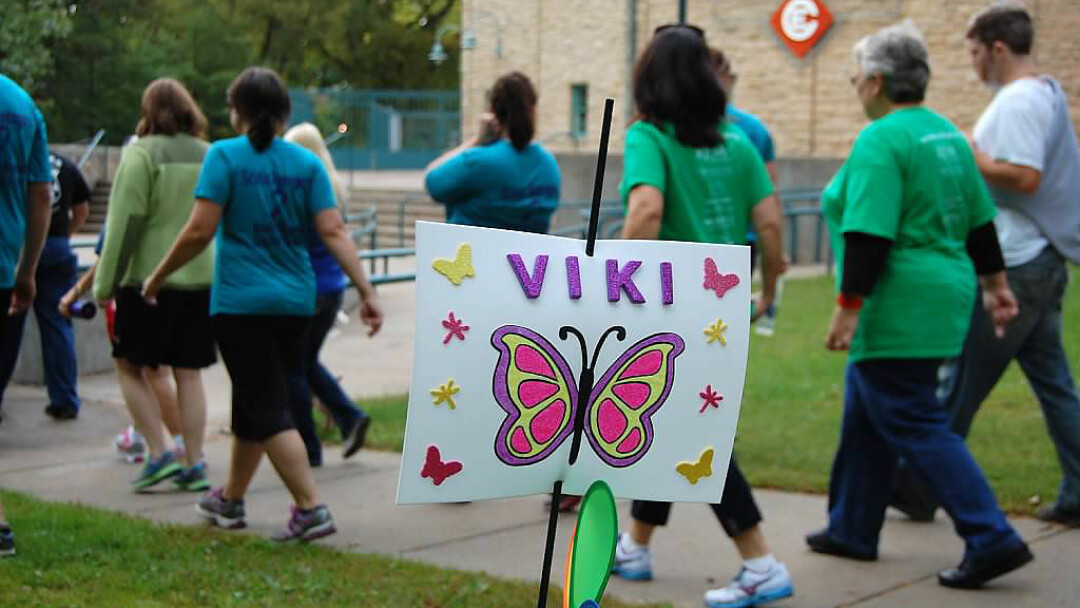 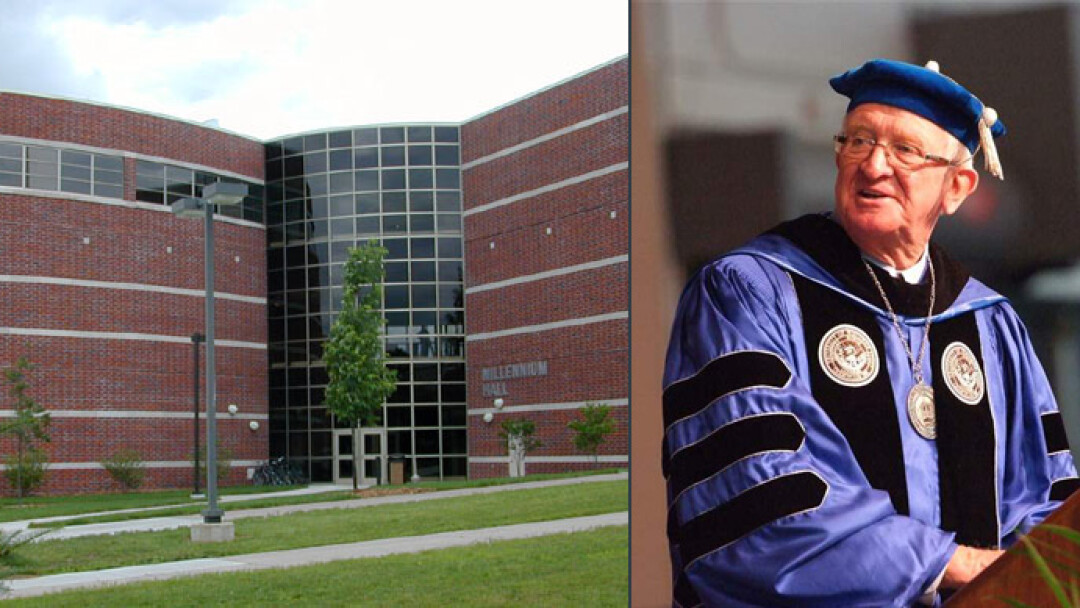 The late Charles Sorensen devoted more than quarter century to UW-Stout, and now his name will live on at the university’s Menomonie campus. 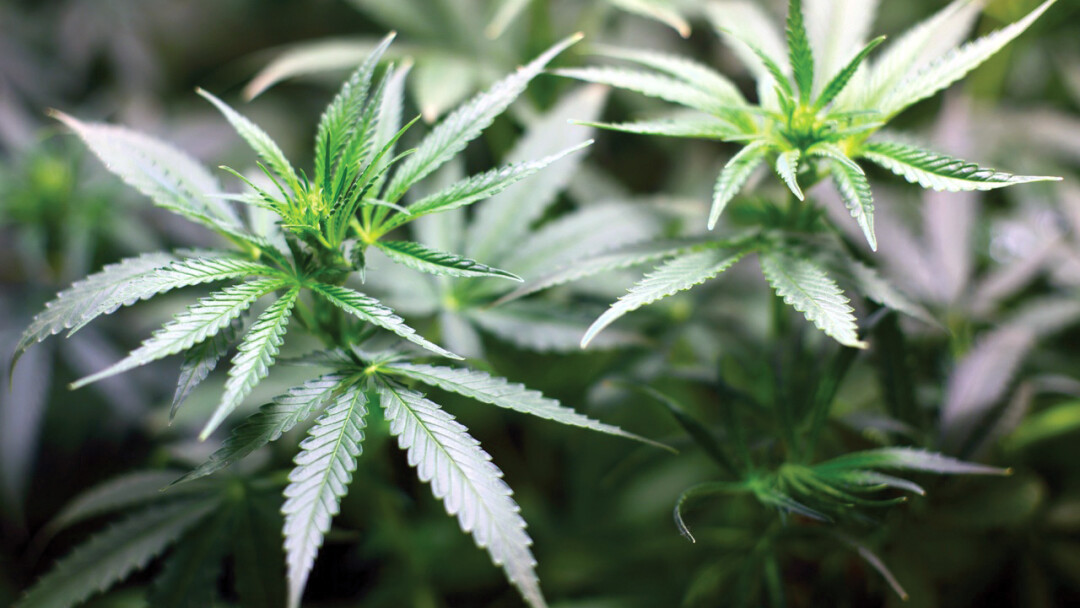 Voters Will Say If They Favor Pot – or Not

Eau Claire County voters will be able to voice their opinion on legalizing marijuana (a.k.a. cannabis, a.k.a. pot, a.k.a. too many other nicknames to print) in a nonbinding referendum on the Nov. 6 general election ballot. 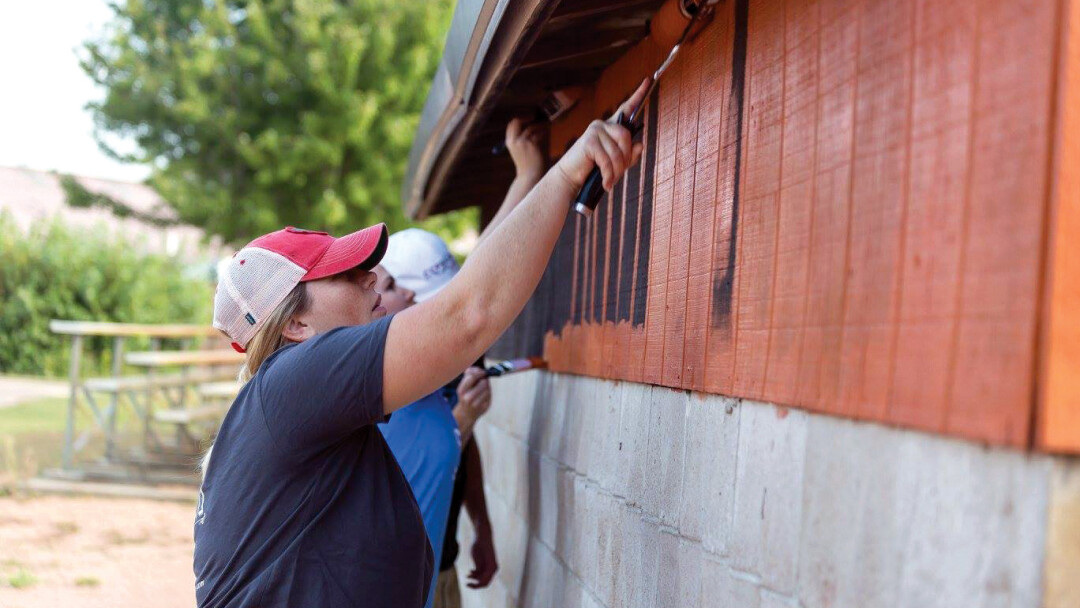 The Chippewa Valley Cares: Hundreds to help with Day of Caring, which will focus on hunger awareness

The United Way of the Greater Chippewa Valley will host its annual Day of Caring on Friday, Sept. 14, and this year’s event will be even bigger than in previous years. 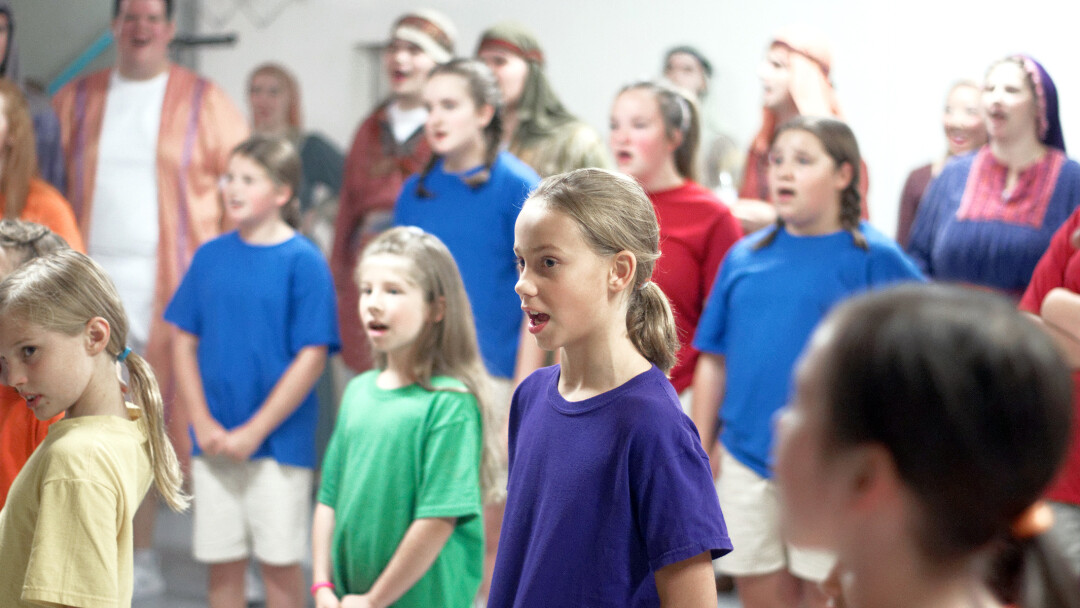 The Eau Claire Children’s Theatre has been a staple of the Chippewa Valley arts community for three decades, and they’re throwing a party to celebrate that achievement. On Saturday, Sept. 15 ... 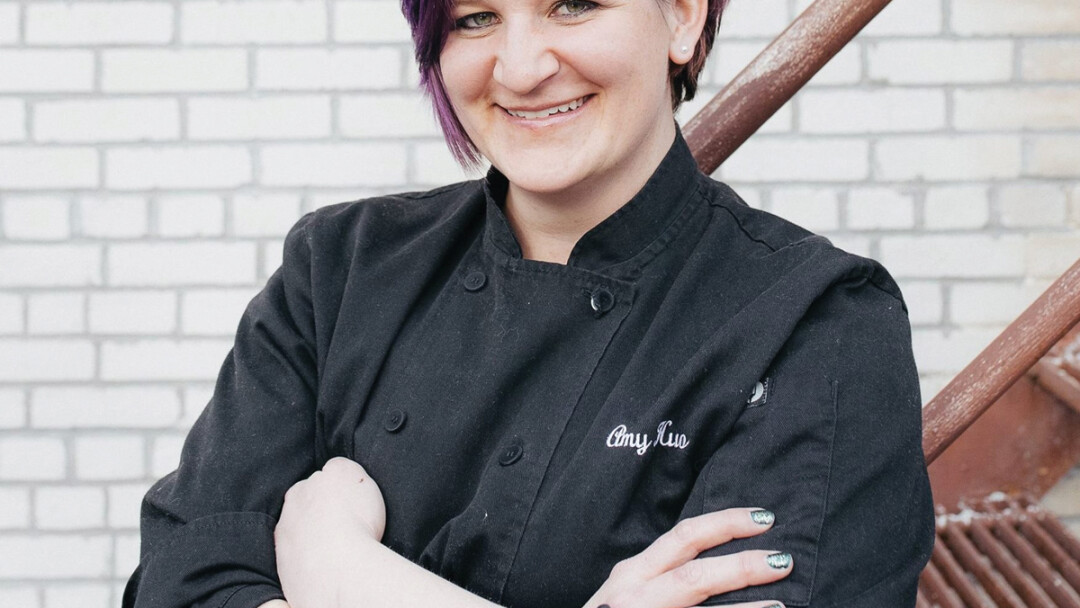 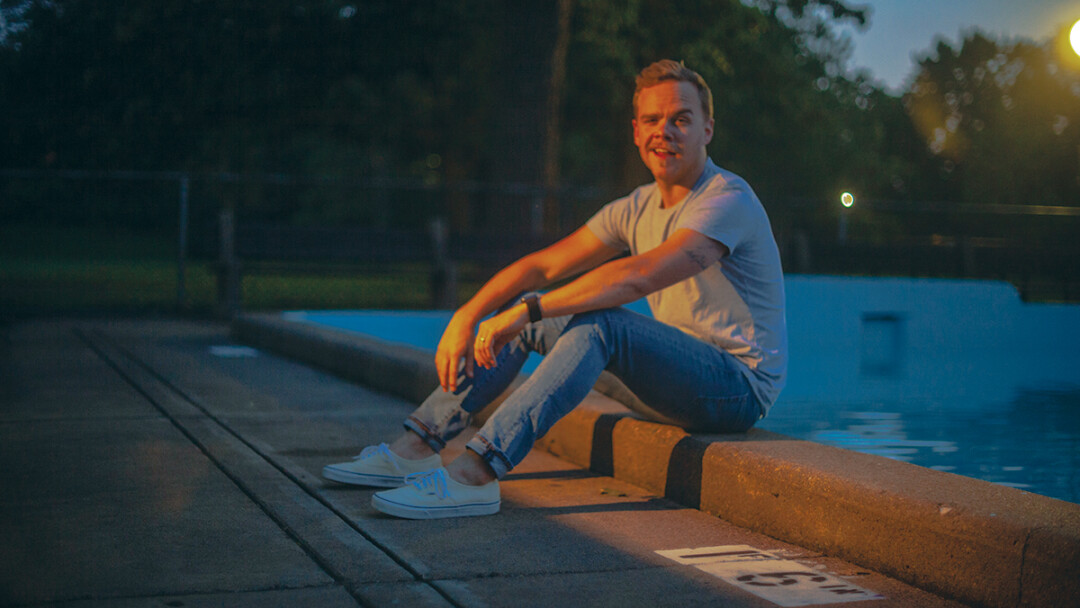 Growing up in the Chippewa Valley, Graham McCullough was into music like a lot of us. As a teen, he made some charming indie tunes with his band Innerburst, but pretty quickly, real life caught up ... 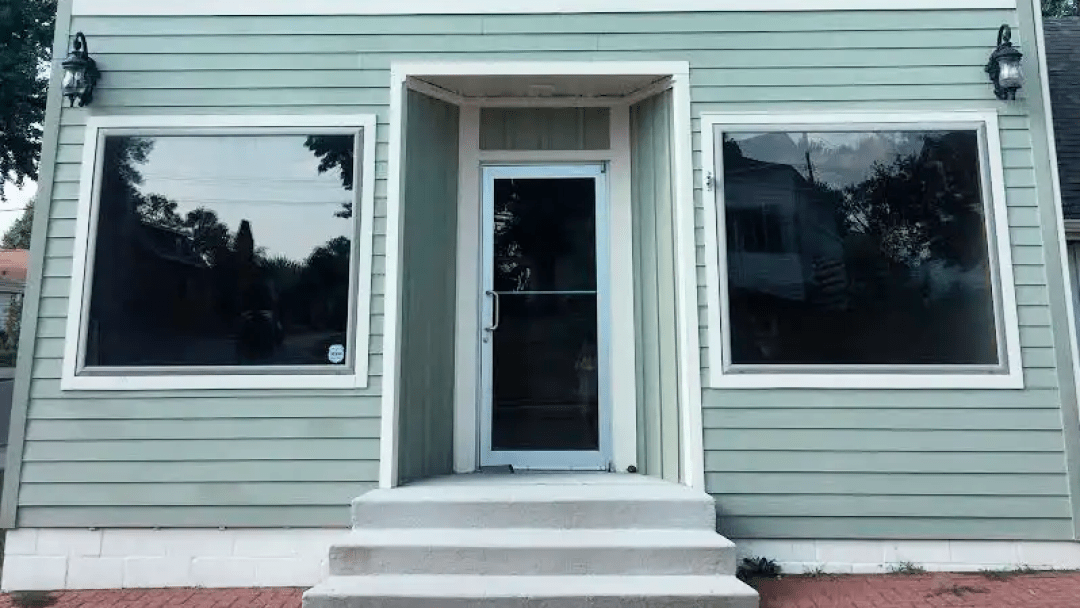 Local online bookstore Dotters Books is opening a permanent physical location this fall. The women-owned bookstore got started in 2017 as an online-only business that hosted pop-up sales ... 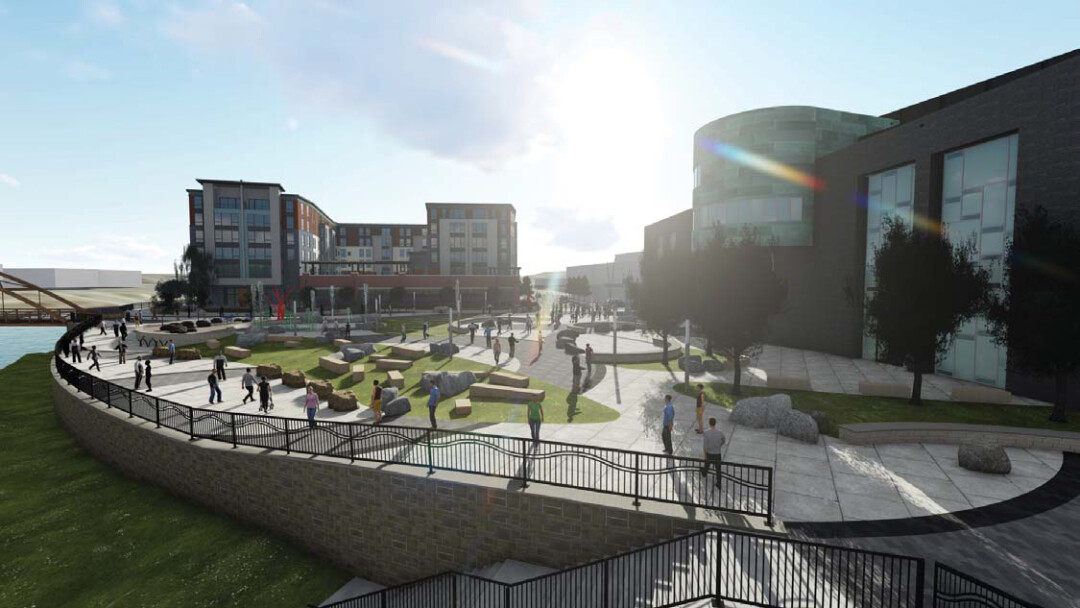 If Haymarket Plaza were a cake in the oven, the Eau Claire Public Arts Council would be the confectioners preparing the perfect frosting. They just need one more ingredient. The group is preparing to release a request ... 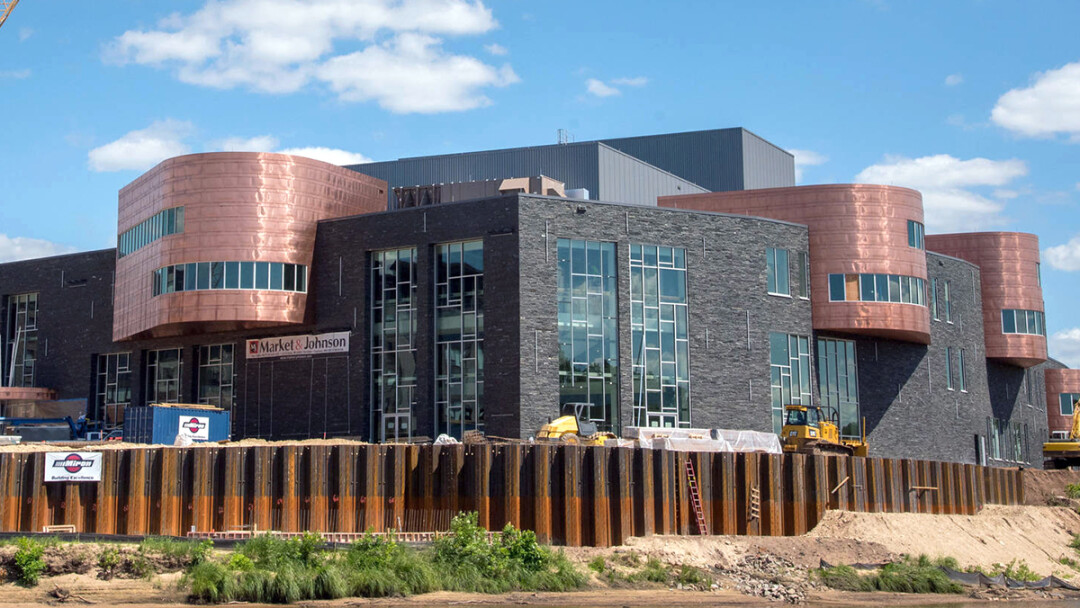 The Pablo Center at the Confluence opens this month. What's that mean for Eau Claire?

The Pablo Center at the Confluence will finally open Sept. 22, after six years of effort. And in that time, our community has found itself newly inspired – and on the brink of becoming a genuine destination ...