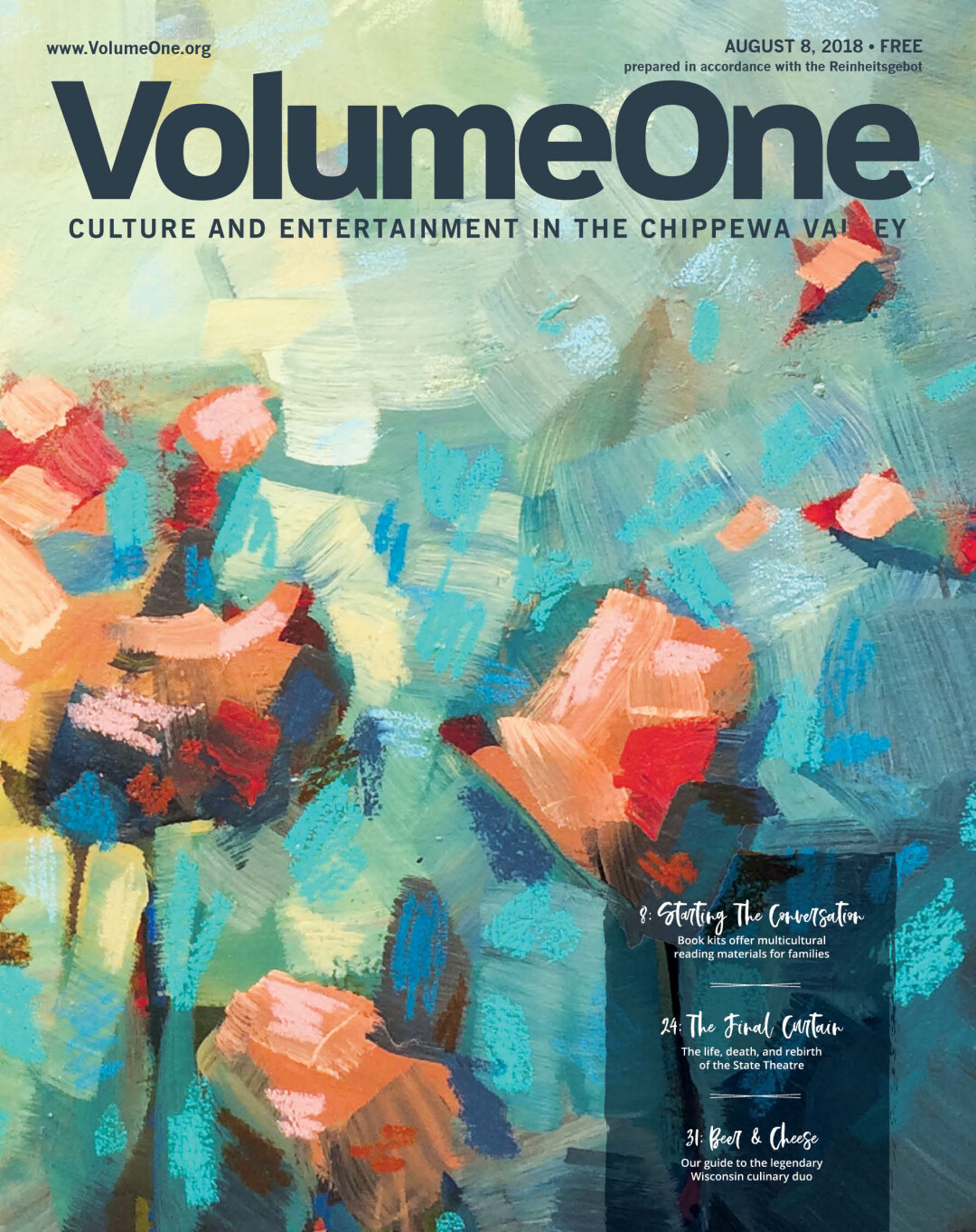 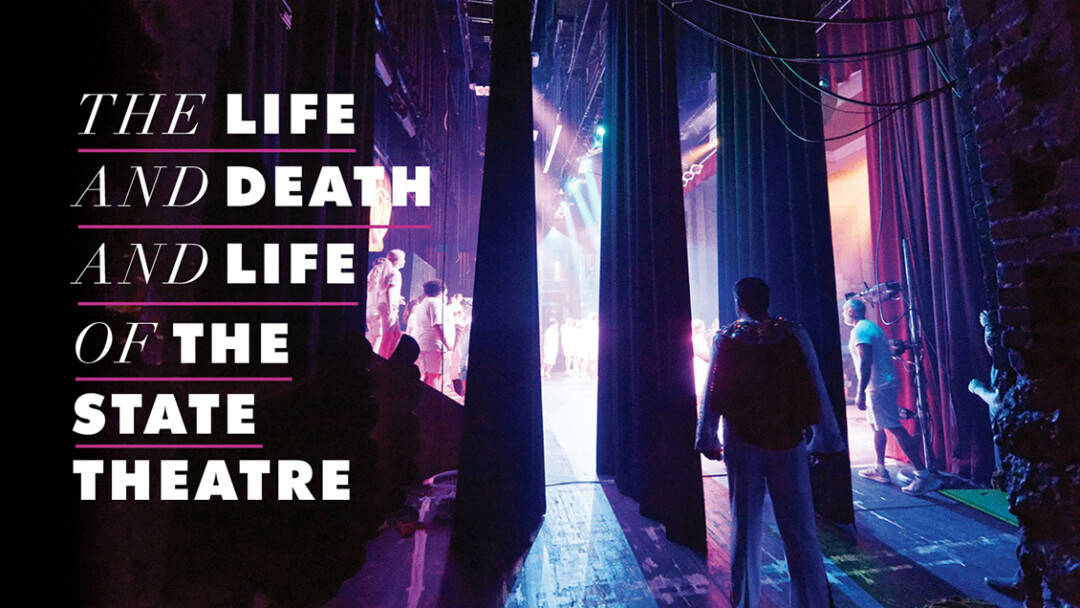 FEATURE: The Life and Death and Life of the State Theatre

Once a shuttered movie palace, the State Theatre became a beloved arts center and a key element of Eau Claire's artistic renaissance. 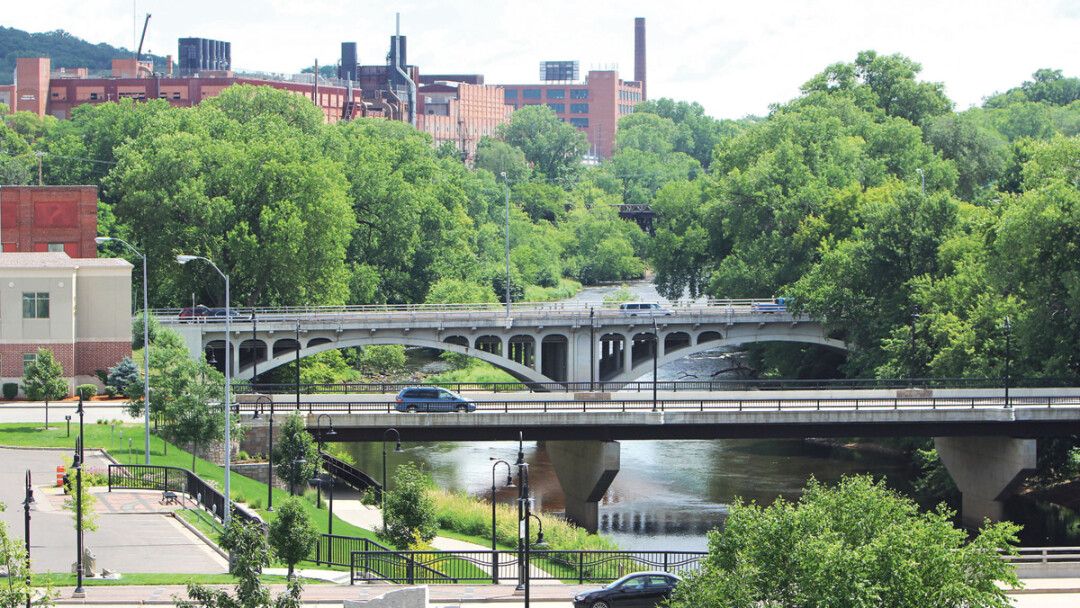 If you’ve got an entrepreneurial dream, it’s time to get it off the ground with the help of the 14th Annual Jump-Start Downtown Business Competition sponsored by Downtown Eau Claire Inc. This business ... 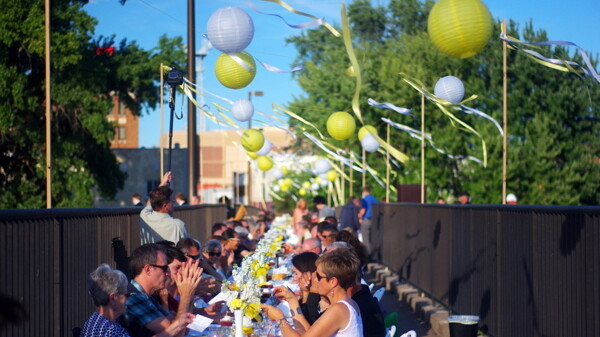 City Engineer Dave Solberg rapped on his desk – knocking on wood – as he said that construction on the Grand Avenue pedestrian bridge is moving right on schedule for its Aug. 21 completion date ... 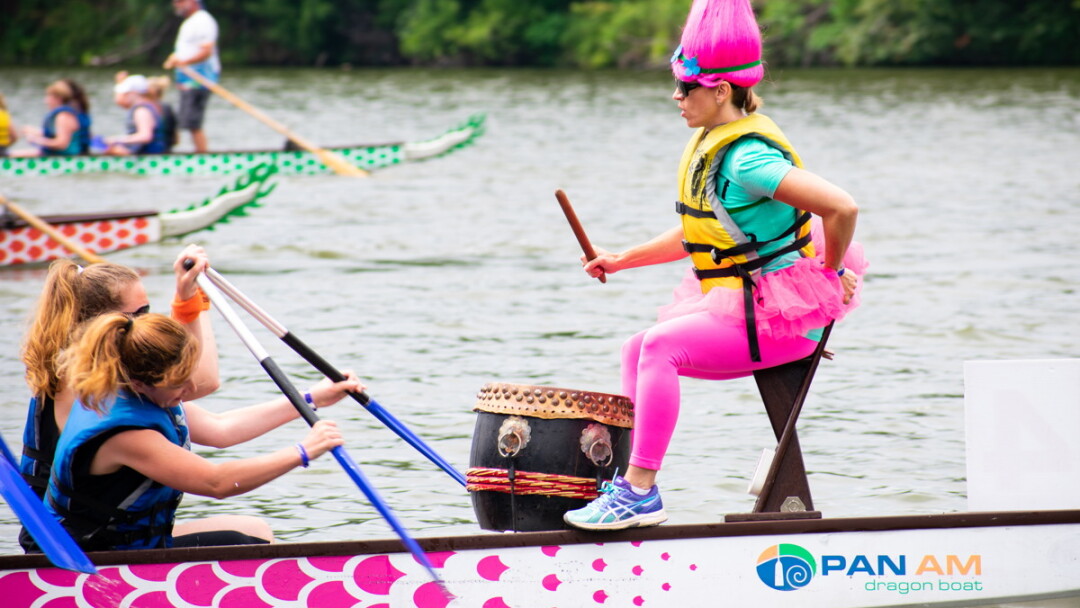 TROLLING ON HALF MOON LAKE. Hosted by Hope in the Valley and Mayo Clinic Health System, the annual Half Moon Dragon Boat Festival promotes teamwork as it raises funds for cancer services. The 2018 installment took place Aug. 4 ... 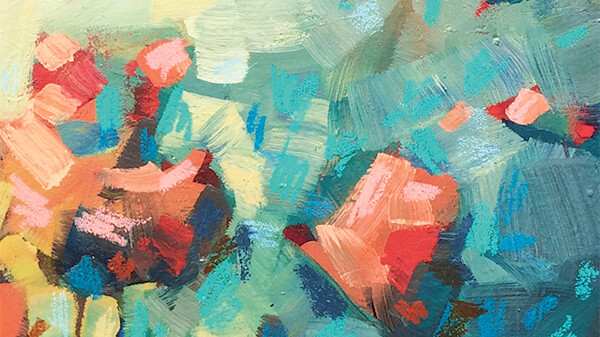 After earning her degree in Fine Arts from UW-River Falls, Jill went on to become a full-time professional artist. Her work is primarily focused on nature, and its intent is to give the viewer a moment ... 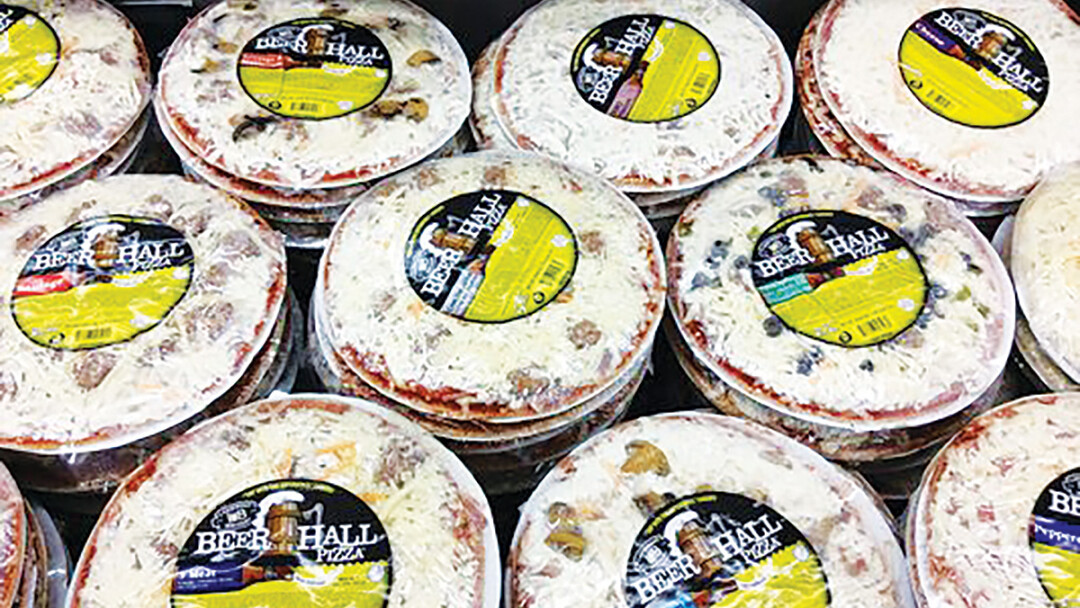 Beer and pizza is at least in the top five for best food and drink pairing, if not the top three. You probably wouldn’t think that it could get any better than that … But a newly designed pizza has come to tell ... 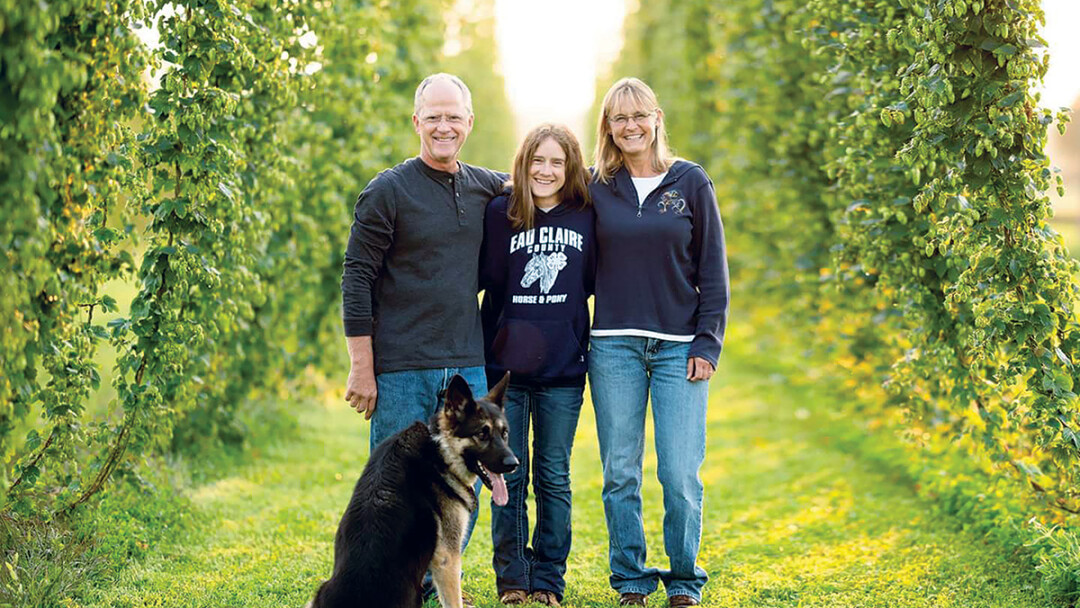 It’s a long journey to get the beer we love to drink ready to serve. Some folks in Elk Mound have taken on a role in that journey, starting their part of this process in the soil. Scott and Jody Alnes began their own hop farm ... 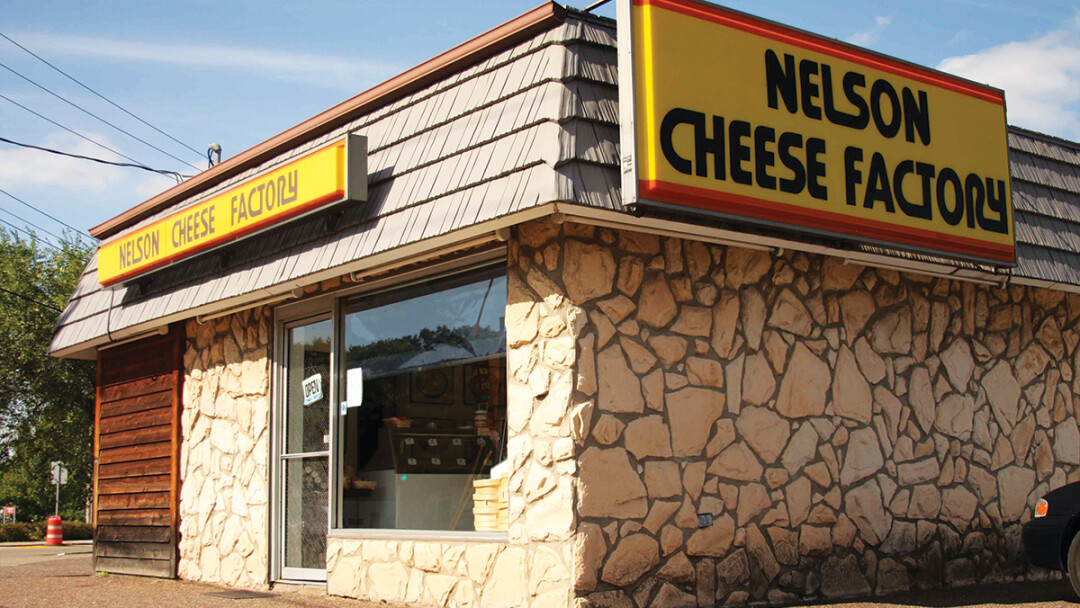 When Ann Weix started working part time at Nelson Cheese Factory, then just a tiny cheese shop on Harding Ave., in 1987, it was only to make an extra buck while attending UW-Eau Claire. A friend of her mother ... 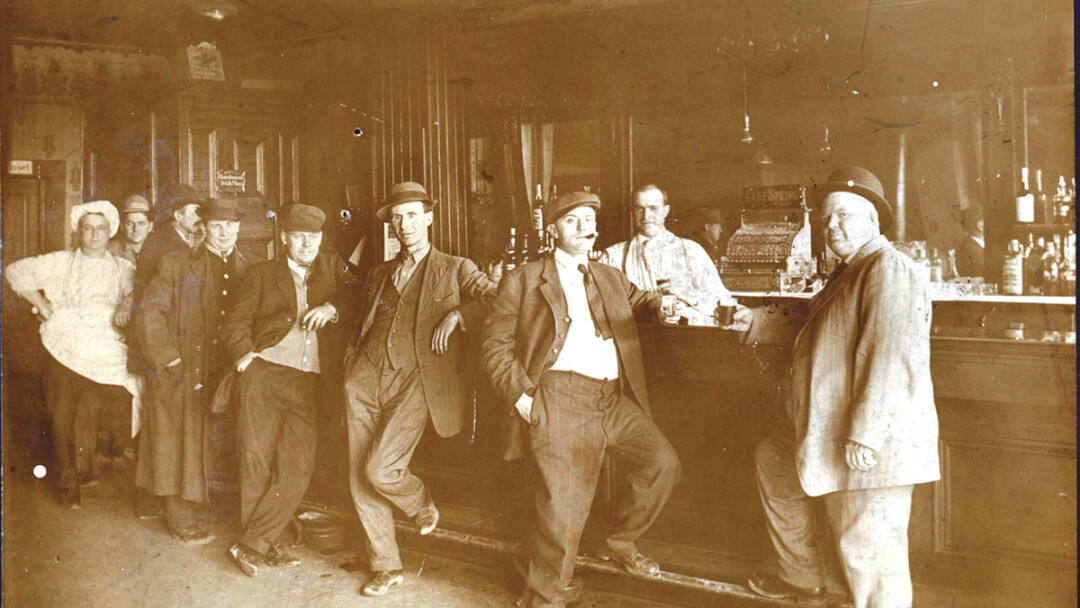 Bygone Brews: Chippewa Valley breweries & beers that are only on tap in the history books

The 151-year-old Jacob Leinenkugel Brewing Co. in Chippewa Falls and the more recent profusion of craft breweries in the Chippewa Valley aren’t the beginning and end of the region’s brewing history ...

Get to know some of the best cheese in the Valley from the local people that put in the work ... 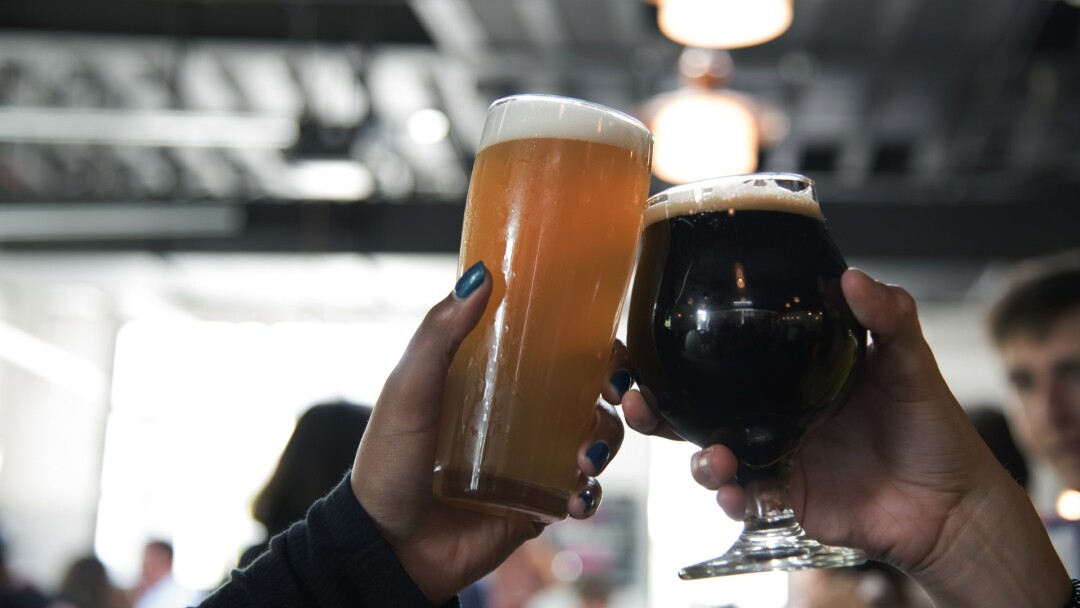 The Basics of Beer

lagers, ales, and everything you need to know about your typical cold one

Wisconsin is a beer-loving state, for better or for worse, and with history older than Leinenkugel’s and new breweries coming up every year, the Chippewa Valley is definitely a hub within a hub ... 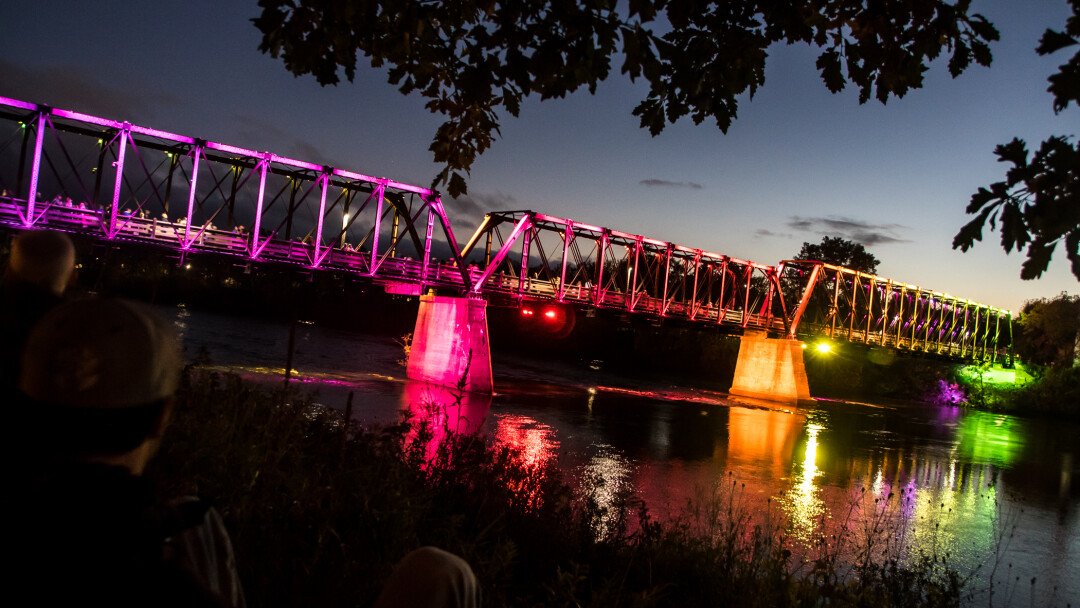 Construction is in the works for two new downtown Eau Claire artistic lighting projects, and one more is in the planning stages. The Grand Avenue bridge resurfacing project included a lighting addition similar ... 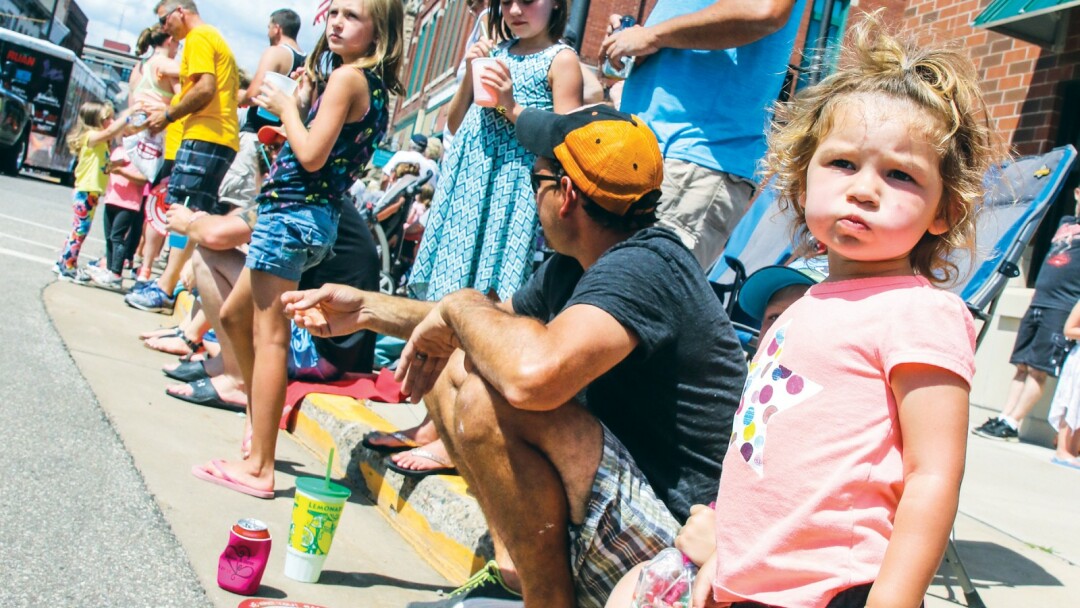 Experience what life is like under the sea during Chippewa Falls’ 42nd annual Pure Water Days! This year’s theme, “Under the Sea,” will be exemplified during the parade with more than 70 floats ... 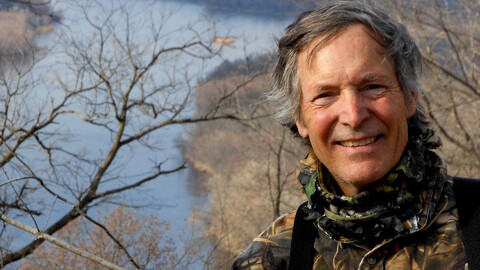 My children learned to swim in a tea-colored river with a lazy current and sandy bottom but also hidden drop-offs that changed every year and made me a nervous wreck. Once a summer, though, we’d pack a picnic lunch ... 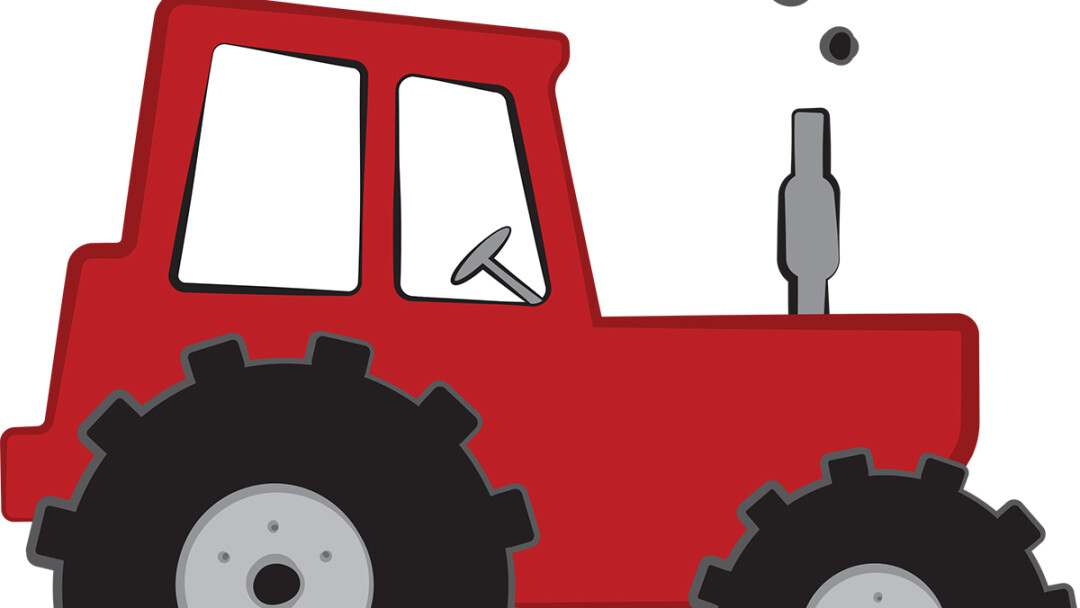 thinking about the things my grandfather did

My grandpa on my Mom’s side fixed up old tractors until cancer took him away. That was almost 20 years ago. He and my grandma lived in a Wisconsin farmhouse on a road bearing their name ... 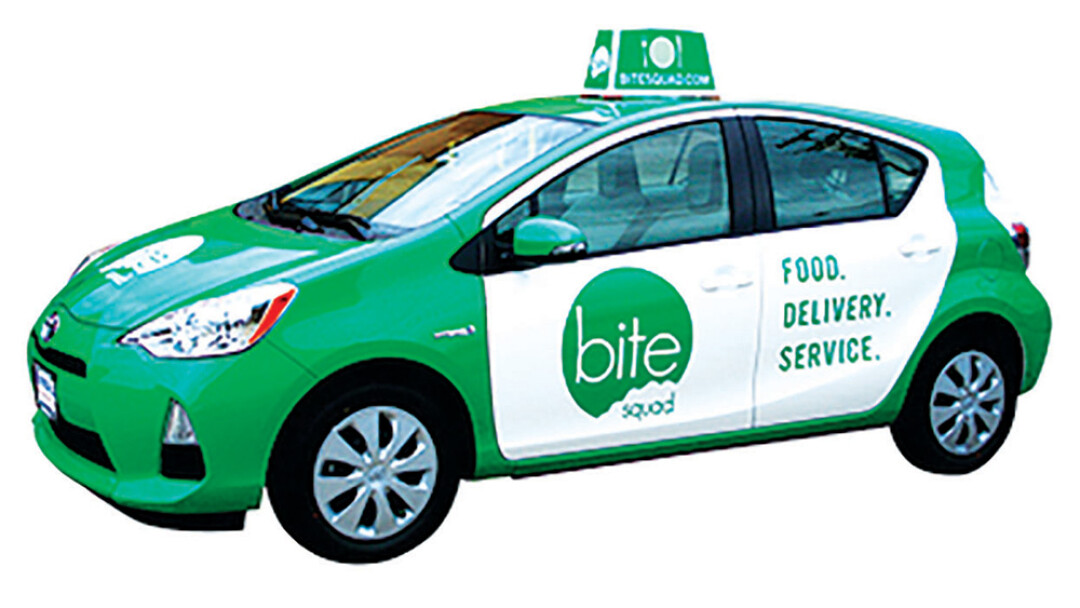 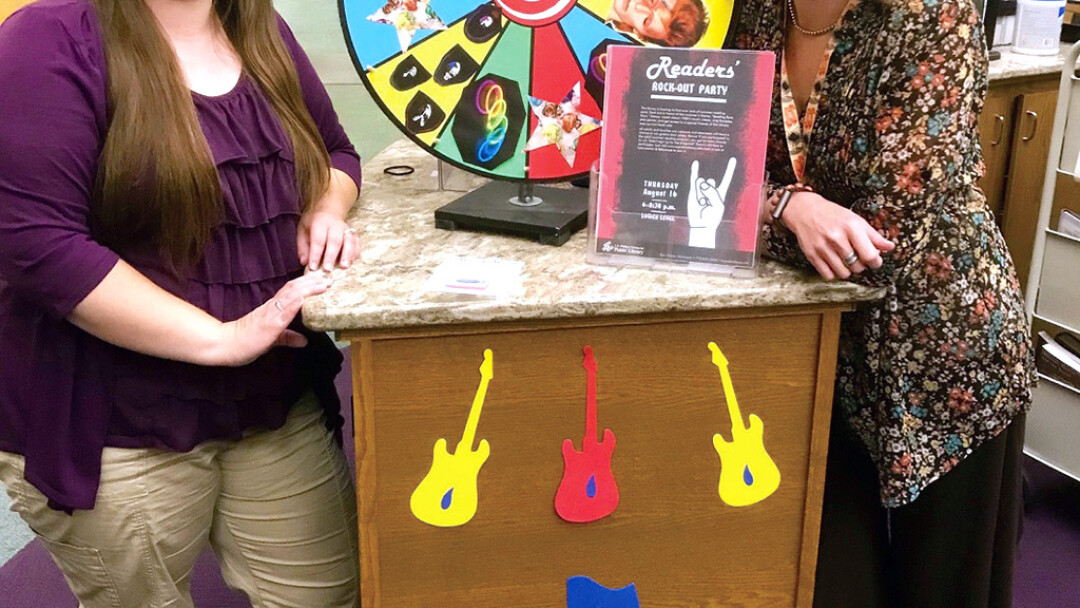 Channel your inner rock star, get your rock star garb on, and head down to the library – YES, you heard it right: the library – for its first-ever, end-of-the-summer-reading program celebration. 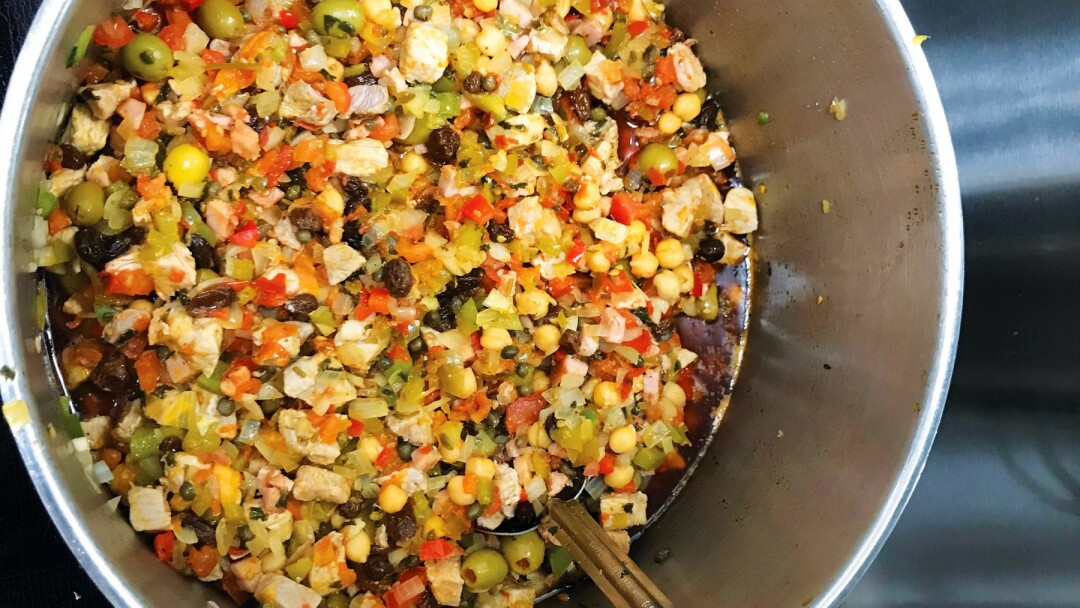 In the aftermath of Hurricane Maria, which struck nearly a year ago, the island of Puerto Rico needs aid to rebuild the businesses, roads, and homes that were destroyed by the vicious storm. Local organizers and impromptu activists chef Molly Barnes and Jake Lindgren are determined to help. 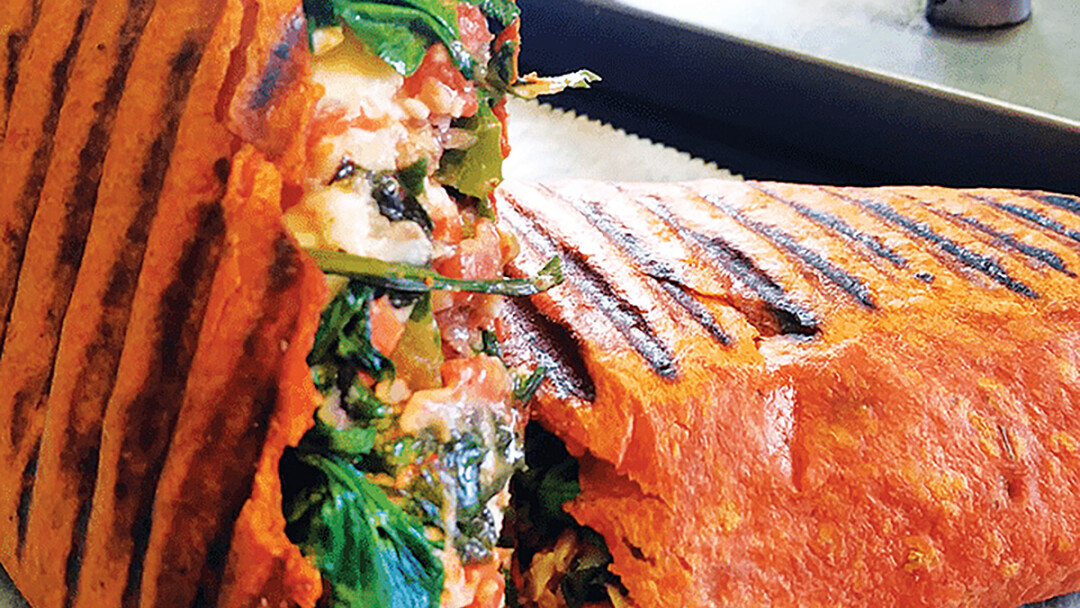 Calling all pasta lovers: An Italian fare food truck is hitting up Food Truck Friday. Netty Q’s, based in Menomonie, specializes in Italian dishes from salads to pasta ... 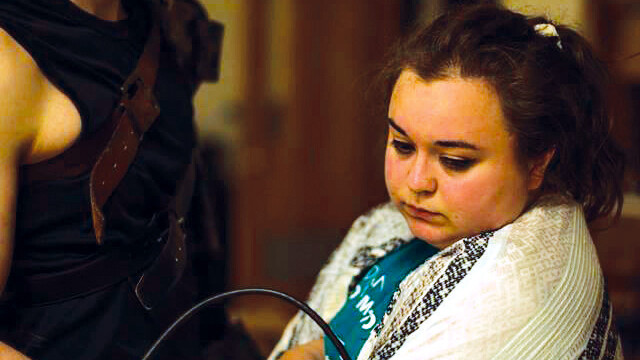 Fresh off of the revival of her original, madcap comedy “Thieves and Bad, Bad Lies”, local playwright and director Logan Toftness decided to tackle a genre not usually written for stage–superheroes. 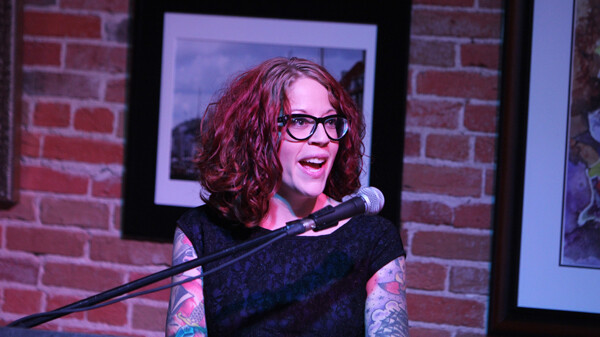 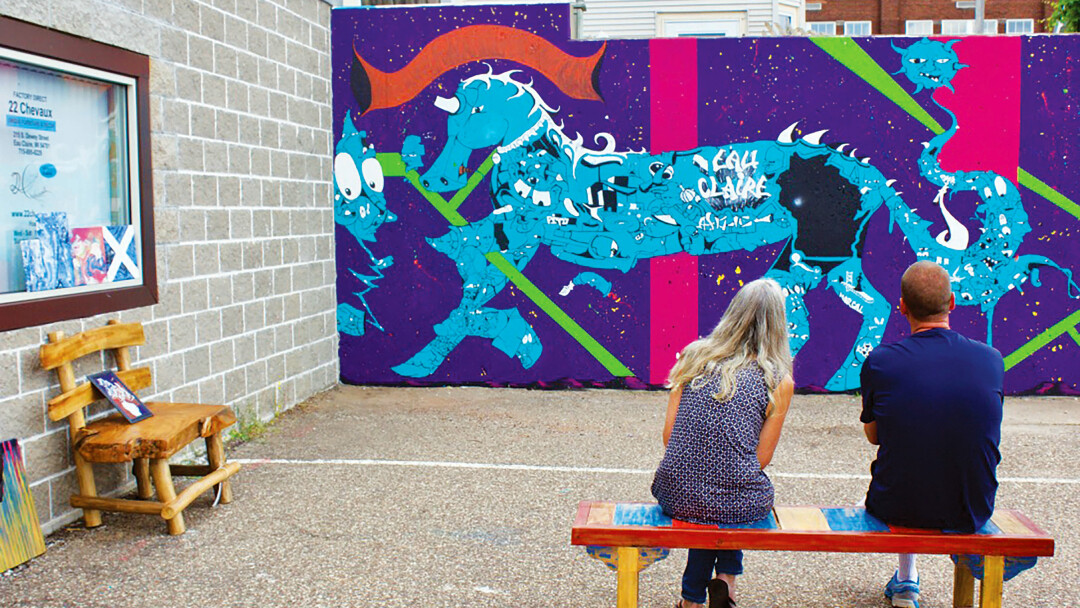 With help from Will Jannusch, co-owner of 22 Chevaux, Sean Davis painted downtown Eau Claire’s newest mural in just longer than a week. 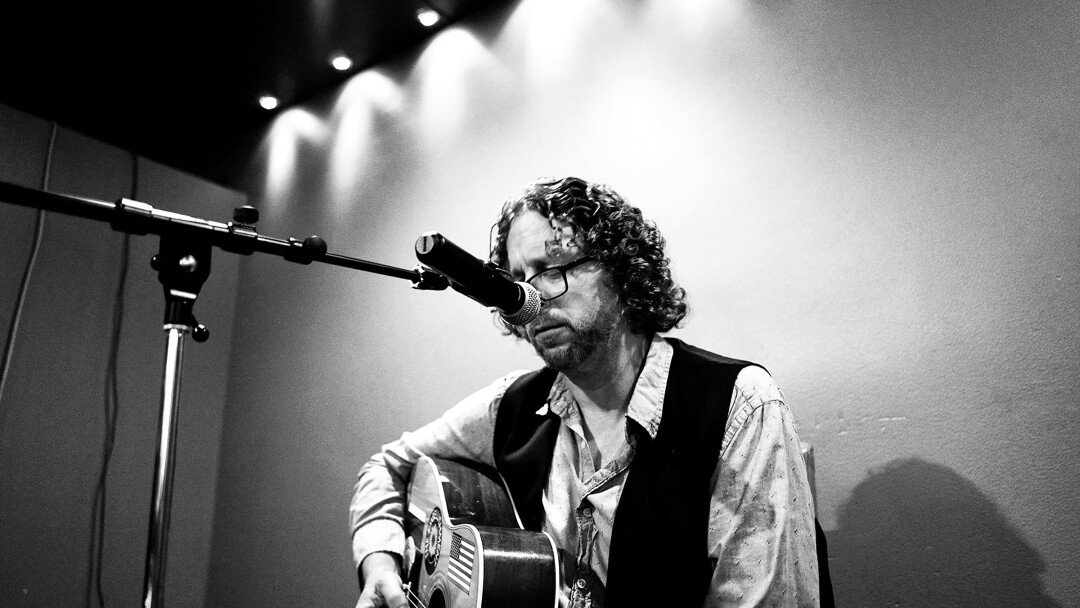 Home Is Where the Heart Is

From the beginning, Ben Shaw has understood the power of music. He was drawn from New York to Eau Claire to attend UW-Eau Claire, which, during the ’90s, was one of only two universities in the country offering a degree in music therapy. A self-proclaimed Dead Head ... 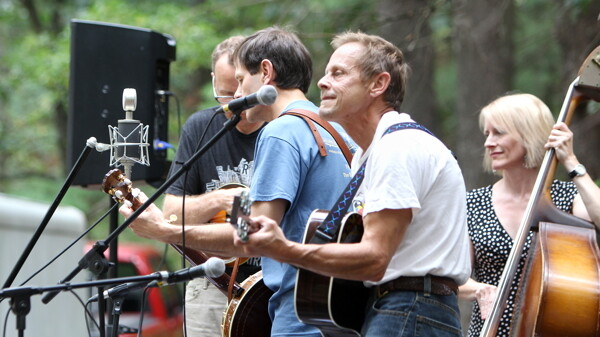 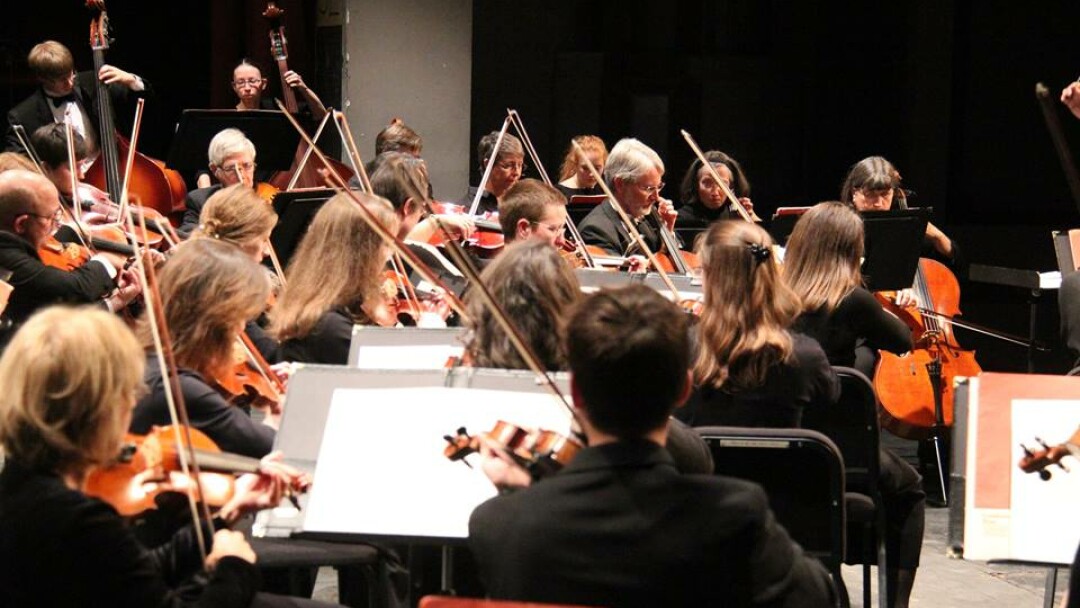 The Chippewa Valley Symphony Orchestra will enter its 44th season – the first to hold performances in the soon-to-open Pablo Center at the Confluence – with a new executive director. Jillian Phillips, a UW-Eau Claire graduate with an MA from the University of Nebraska, Omaha, was appointed to the position in July. 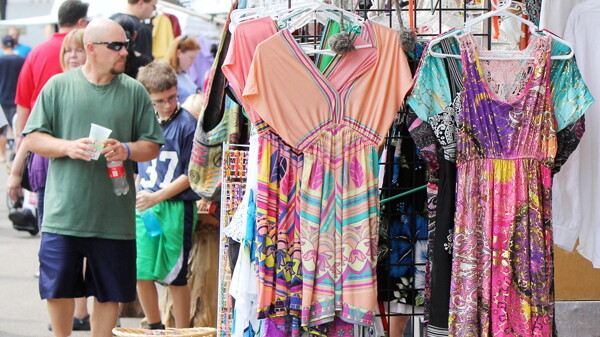 Party in the Pines

The 36th annual Festival in the Pines will take place in Carson Park on Saturday and Sunday, Aug. 25-26. The festival is back for another year of food, and fun, including craft booths featuring unique handmade items. New this year will be ... 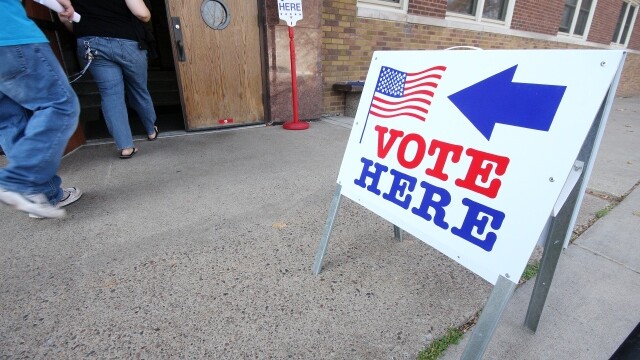 Primary Elections (Aug. 14): Here’s What You Need to Know

Surprise! If you hadn’t already noticed the yard signs, there’s a primary election just a few days away: on Tuesday, Aug. 14, to be exact. 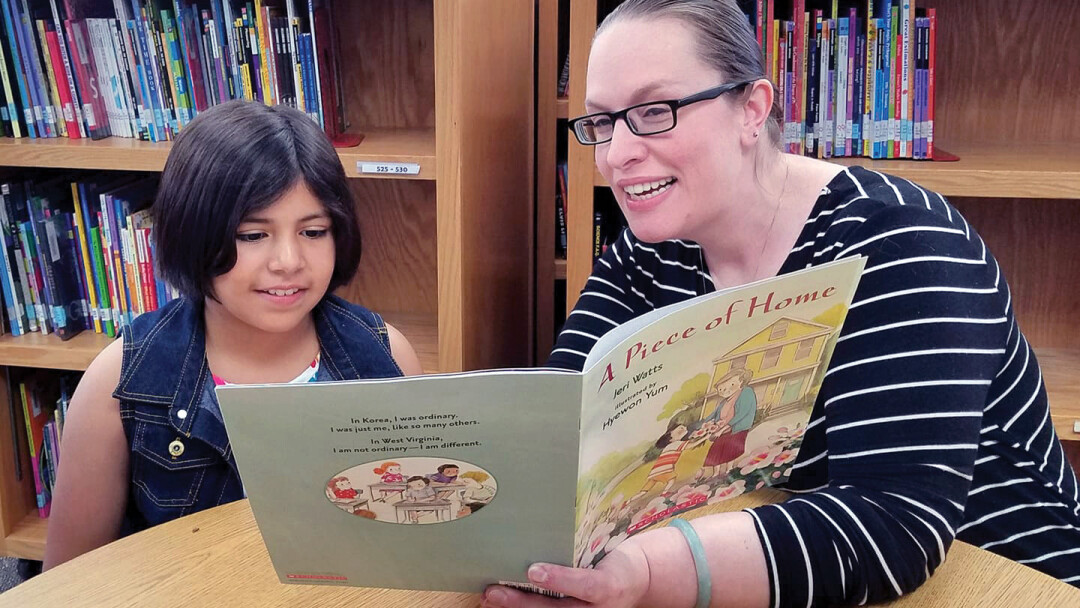 Family Conversation Kits contain books for children with an accompanying guidebook for adults or teens with the goal of becoming more comfortable with diversity.